A new art exhibit and event in Chicago wants to challenge assumptions about military veterans and their experiences.

On Friday, the National Veterans Art Museum located at 4041 N. Milwaukee Ave. opened its first-ever Triennial and Veteran Art Summit. The event, to be held every three years, features the works of 50 veteran artists, writers and performers from around the country. It also includes presentations, workshops and discussions.

Brendan Foster, executive director at the NVAM, said the event is “about connection. It’s connecting veterans to other veterans and veteran artists.”

The summit part of the event will be Friday through Sunday at the Chicago Cultural Center. The art exhibit will continue through July 29.

A century of war and survival spanning World War I to the current global war on terrorism is depicted at three sites as part of the exhibit — the Chicago Cultural Center, the DePaul Art Museum and the NVAM.

Artworks range from paintings to poetry to spoken-word performance. Some of the works are contemporary, created by living veterans, but others were created by veterans of World War I. 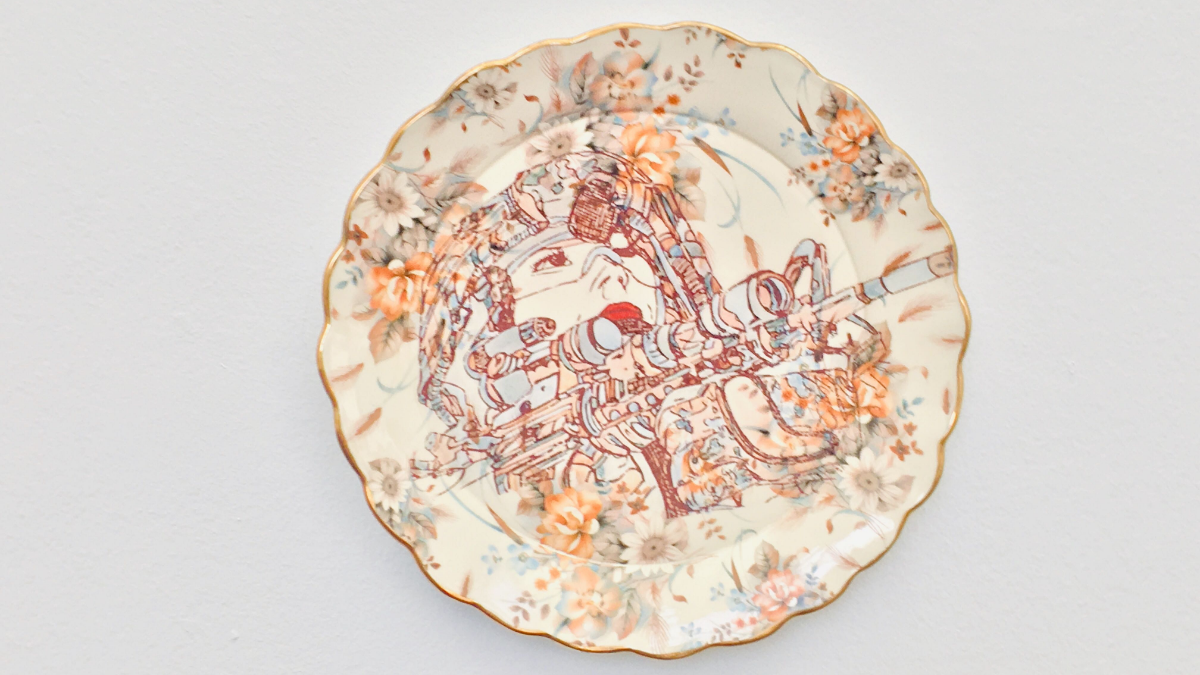 The exhibit was curated by NVAM fellows funded by the National Endowment for the Humanities. Each fellow brings a different specialty, such as poetry or performance.

Edgar Gonzalez-Baeza, an Army veteran and art teacher in suburban Midlothian, is the curatorial fellow of education. He wrote a guide that challenges visitors to think critically about veterans, art and social movements.

Gonzalez-Baeza, who was in the Army Reserves and served in Iraq from 2005 to 2006, hopes visitors come away with a new perspective on their own biases about veterans.