The three-bedroom house where Hilda Quilo and her husband thought they would be raising their three children stands on a quiet, leafy block in Chicago’s Logan Square neighborhood.

They bought the place in 1999. Quilo, 40, said everything was fine until the recession, when her husband’s construction work dried up and they couldn’t keep up on the mortgage payments.

“We wanted to refinance and we asked the bank to help us,” Quilo said in Spanish.

All they got was an eviction notice. So, after 10 years in the house, the family had to move out.

It turns out their foreclosure troubles were just beginning. The family went on the rental market and eventually found another house just down the block. They signed a lease in 2010 and, Quilo said, always paid their rent.

This January, however, the family started getting bank and court notices in the mail. And the landlord went missing. “We discovered that this house was in foreclosure too,” Quilo said.

This time, Quilo and the rest of the family were even more helpless because they were just renters. “We’re expecting an eviction notice,” Quilo said. “It’s an uncertainty that keeps me from sleeping.”

The Quilos are not the first Chicago family to be hit twice by the foreclosure crisis, tenant advocates say. “Hilda’s story is a common experience for many people who go from being a homeowner to a tenant,” said Marcelo Ferrer, foreclosure-prevention director of the Logan Square Neighborhood Association. 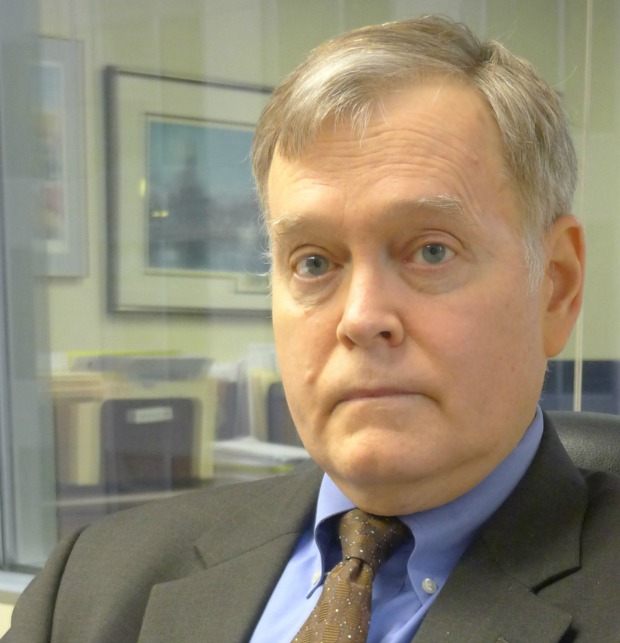 When landlords face foreclosure, renters like the Quilos need some extra help, Ferrer said. “It can’t just be one person versus the bank.”

The help Ferrer has in mind is Keep Chicago Renting, a proposed ordinance the City Council could approve Wednesday. The measure would require a bank that forecloses on a rental building to let the tenants stay, and to cap the rent, until selling the property. As an alternative, the bank could pay the tenants a relocation fee of $10,600 per unit.

An earlier version of the proposal, introduced by Ald. Richard Mell (33rd) last July, would have banned post-foreclosure evictions outright except under narrow circumstances such as failure to pay rent.

Mell agrees. “All I want is the banks to say, ‘Hey, let’s figure out how we’re going to take some haircuts on some of these properties and put them back on the market, not just sit on it.’ ” the alderman said during a hearing on the measure last month.

The implications are huge. A study by the Lawyers’ Committee for Better Housing, another backer of the legislation, found almost 52,000 Chicago rental units went into foreclosure between 2009 and 2011.

But banks, landlords and realtors are trying to put brakes on the measure. “I think it’s a backdoor attempt at rent control,” said James E. Trausch, general counsel of the Illinois Mortgage Bankers Association, pointing to an Illinois statute that prohibits local governments from setting up rent control.

The proposed ordinance would also discourage lending in the city, Trausch said. “And that’s always a bad thing. The [fewer] lenders you have loaning money, the less competition they have to offer the best rates.”

Asked what he would tell renters such as Hilda Quilo, Trausch does not hesitate.

“I’d say, pick her landlords better,” Trausch answered. “A tenant who wants to rent a unit can go into the public records and see if there has been a foreclosure filed. And foreclosures take two years so you have ample notice that you shouldn’t be renting this property.”

That advice is cold comfort for the Quilo family.

“My kids have grown up on this block,” Quilo said. And that’s where she wants them to stay. So she’s planning to be at Wednesday’s City Council meeting.

Quilo said the outcome could keep her family from losing its home again because of foreclosure.