The dinosaur fossil was missing a leg bone and an arm.

Two researchers from Germany took the bones to the University of Illinois at Chicago Outpatient Care Clinic. They’re trying to solve a mystery about the dinosaur using a clinical CT scan. 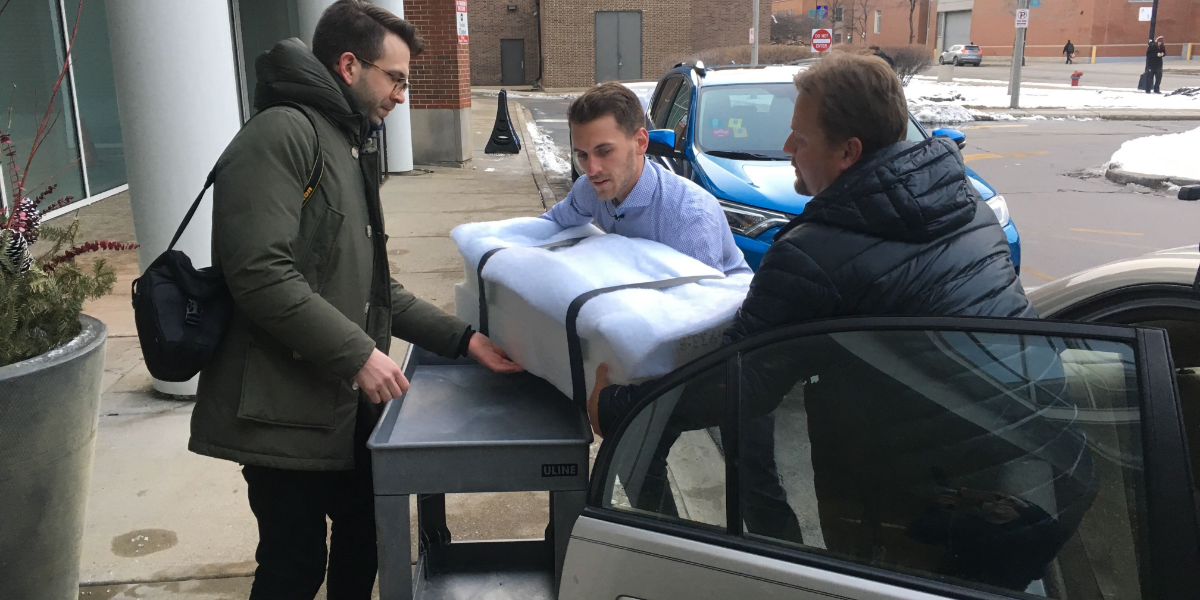 Sue is the best preserved T. Rex fossil in the world. But a few bones look abnormal. Two vertebrae are fused together. The humerus, or upper arm bone, has some tendon muscle missing. The giant, three-foot fibula, the part of the leg bone from the knee to the ankle, has a massive growth that looks like a cauliflower.

Researchers Charlie Hamm and Rolf Reiter are radiologists from Berlin. Reiter is a visiting scholar at UIC and Hamm is a researcher at Charite hospital in Berlin. They accessed the bones through a collaboration with the Field Museum and Berlin’s Museum für Naturkunde. Using their medical expertise, they are trying to get a definitive explanation for the abnormalities. 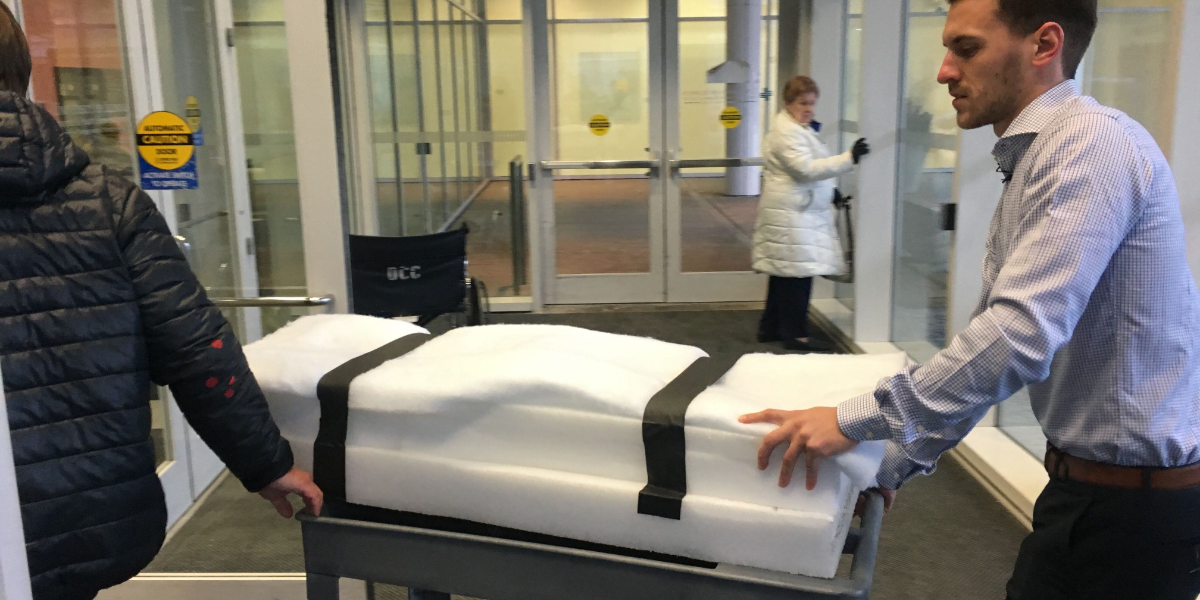 On Tuesday afternoon, they brought the bones to the clinic Outpatient Care Clinic for the CT scan. Those scans use a current to penetrate the bone and scans extremely thin images, kind of like slicing deli meat. All of the thin scans are put together to create an image. The scans will allow researchers to look inside the bones and see cellular details that could provide answers to what happened. 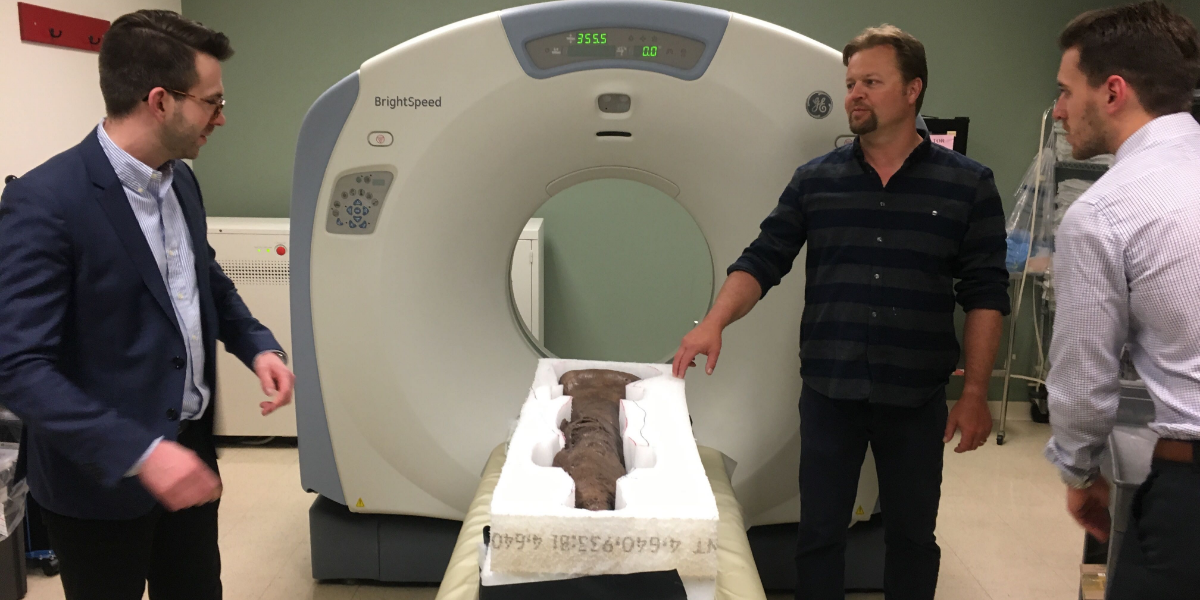 Dinosaur bone is much denser than human bone so it took the CT scan longer to create the images than normal. In between scans, some UIC faculty and their children were able to peek in and look at the bone.

Eight-year-old Lucas Drisdell even got to touch the bone with his mom and brother.

“I can’t touch it at the Field Museum!” Lucas said, staring in awe at Sue’s fibula. “Of course not!” said his 10 year-old-brother Tyrus. “You’re right, you’re right,” Lucas responded. 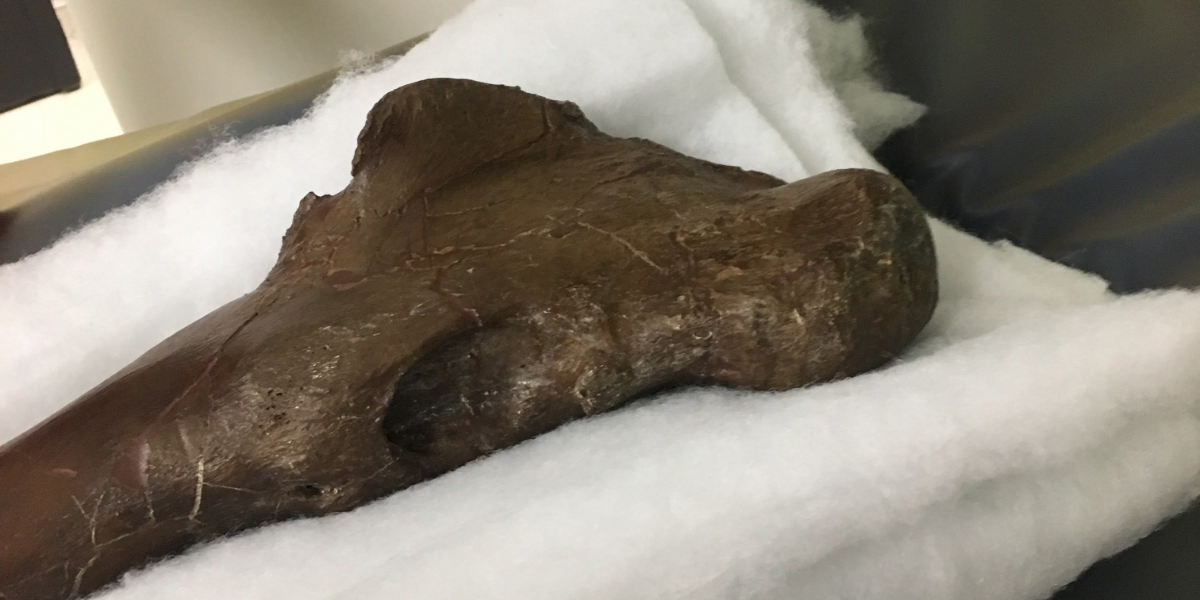 But then it’s back to work for the researchers.

They have a mystery to solve. But for now, they aren’t offering up any theories. We’ll all have to wait until they publish the results in the coming months.

Field Museum employees say the bones will be back where they belong by midday Wednesday.