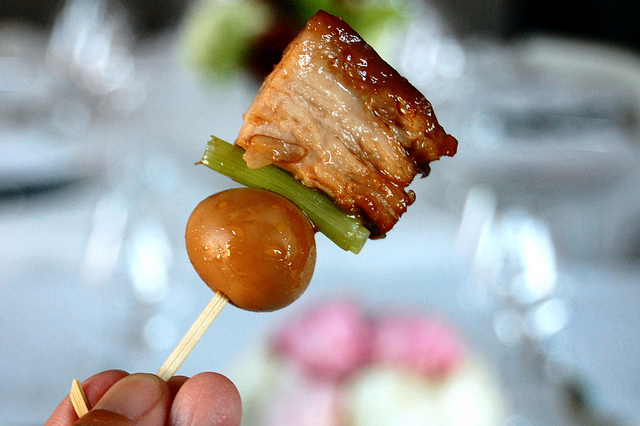 Wednesday night, a dozen contest-winning guests will gather for a one-night only pop-up dinner with Michelin three-star chef Laurent Gras. But more importantly, the event marks the debut of Gras' protégé, Thai Dang, and his forthcoming "progressive Asian" restaurant, Embeya, opening in August on the Randolph Street row.

Dang was last chef de cuisine at Michelin two-star RIA (originally the Elysian), at the Hilton Waldorf Astoria Chicago, which just announced the restaurant will close July 27. No word yet on the future of the fine dining space, but casual sister restaurant Balsan will remain open.

RIA's closure echoes that of Avenues at the Peninsula Chicago last September. Industry insiders say it's a sign of the times, with casual small plates still trending.

So it's with some surprise that Dang and business partner Attila Gyulai, former Elysian director of operations, decided to open a restaurant that's anything but casual or small — and furthermore dares to challenge the "f word."

The Embeya team invited me to a friends and family preview a few weeks ago, where I had a taste of their Asian influenced cuisine — a future of fusion. 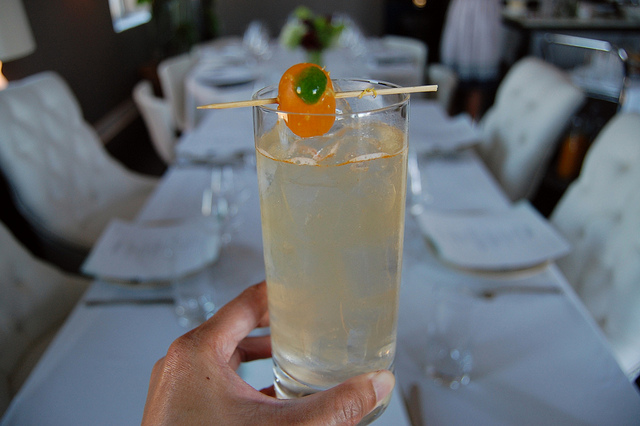 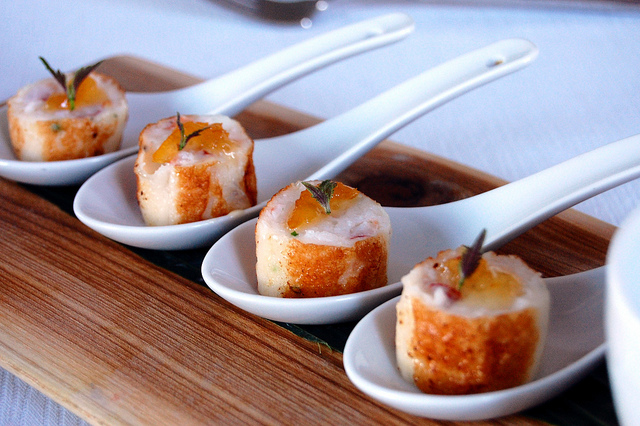 Dang said the seafood boudin is his interpretation of his mother's homemade fishcakes. He's the youngest of 10 and in fact the name of the restaurant comes from his family nickname em bé, Vietnamese that translates to "little one" or "baby" and is pronounced embeya. 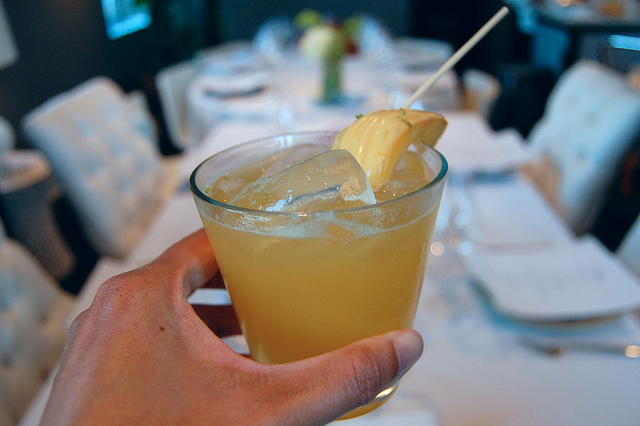 Pizzutillo garnished her second cocktail with jackfruit segments. The whole fruit looks like the notoriously stinky and spiky durian but this flesh is smooth and tastes mildly sweet like mango. 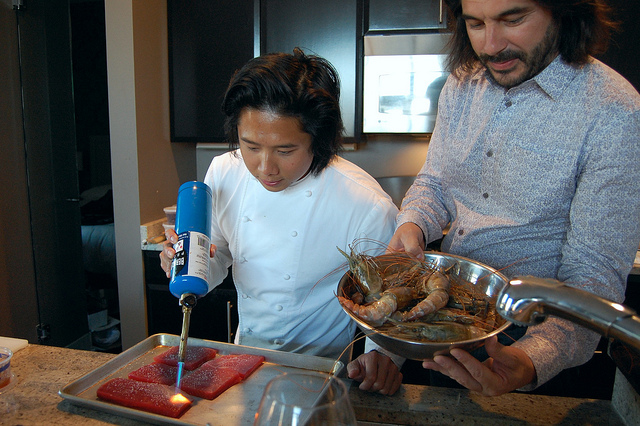 Dang mastered the culinary gadgets at L2O under Gras, but for the tuna, he just used a blowtorch. 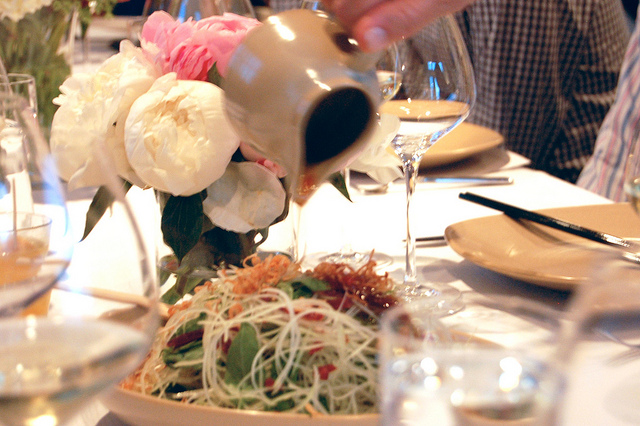 While Dang manned the kitchen, Gyulai dressed the green papaya salad at the table —and in fact tossed, tasted, and re-dressed it a few times — until he was satisfied with the flavor. It was clear that he was very familiar with how this, and all the dishes, should taste, too. 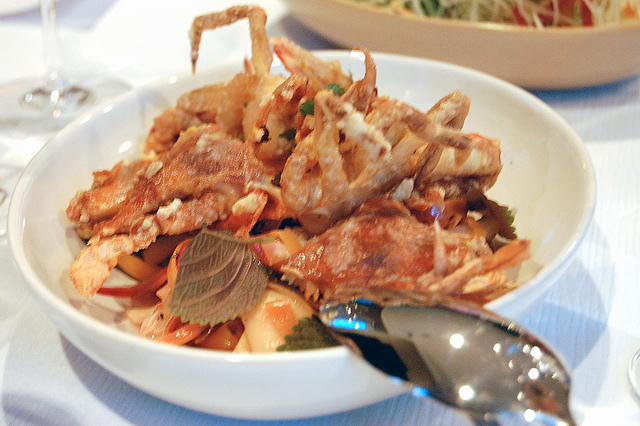 The tuna mosaic built from alternating tiles of tuna. 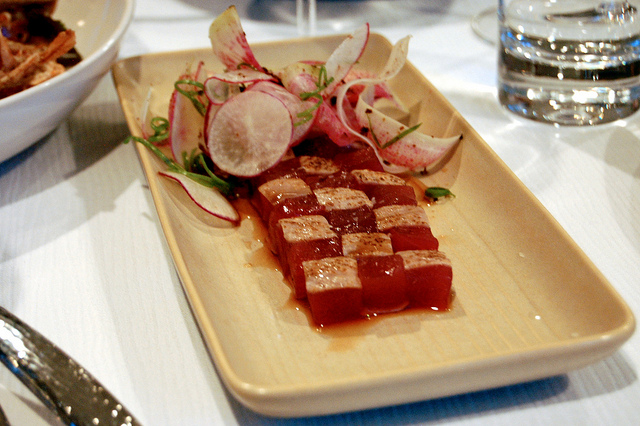 Dang said he fried the noodles around a cylinder form, so the sauce could coat every golden surface, to give variation to the texture. A thoughtful, low-tech, brilliant techniqe. 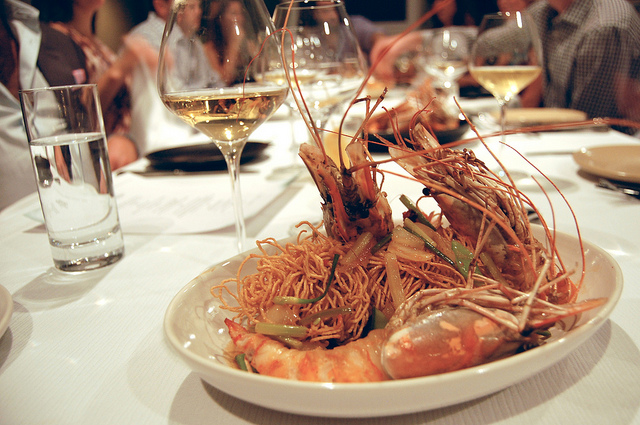 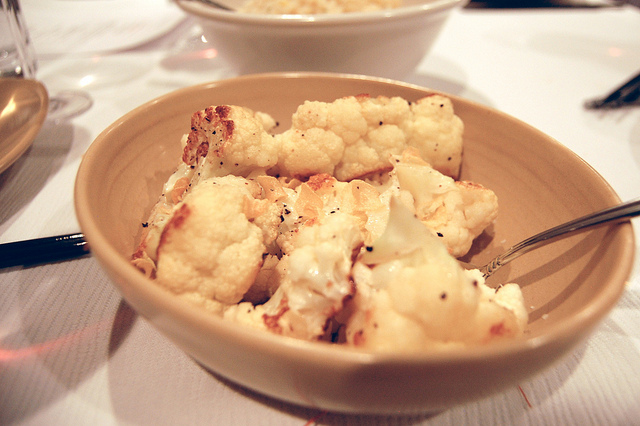 And here's what separates the men from the boys — literally. Dang said his spartan yet breath-of-a-wok-smoky salt and pepper fried rice was simply inspired by late night drinking food, when he'd raid the kitchen to make something to eat for his brothers and himself. In fact, this dish embodies resourcefulness and desire refined by restraint and technique.
He also mentioned an intense version of pan-fried Sriracha infused rice. Yes, I want that too. 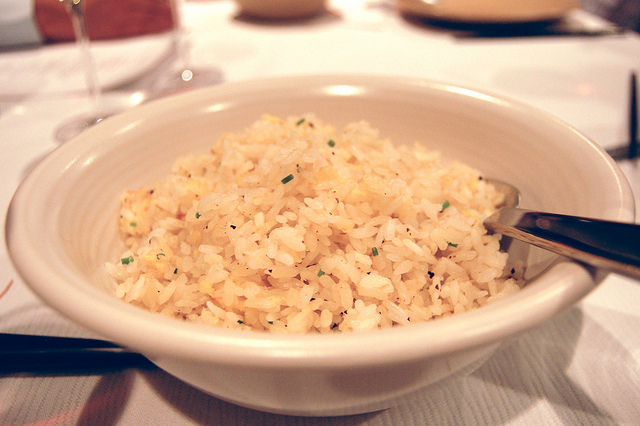 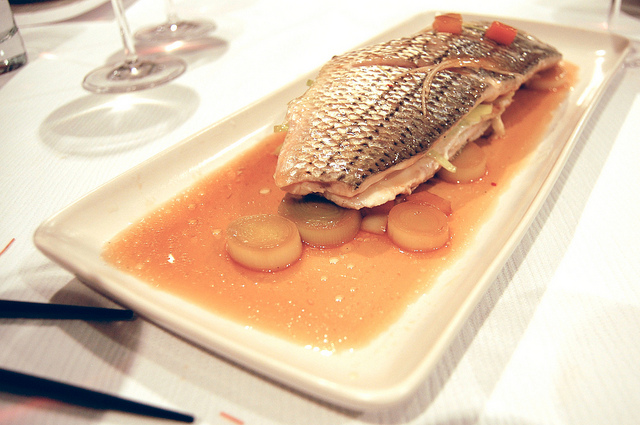 The chicken was a silky, deboned, crispy-skinned roulade, garnished with garlic scapes and flavored delicately with green onion, ginger and oil confit — a classic Chinese sauce that some may know best from David Chang of Momofuku fame. 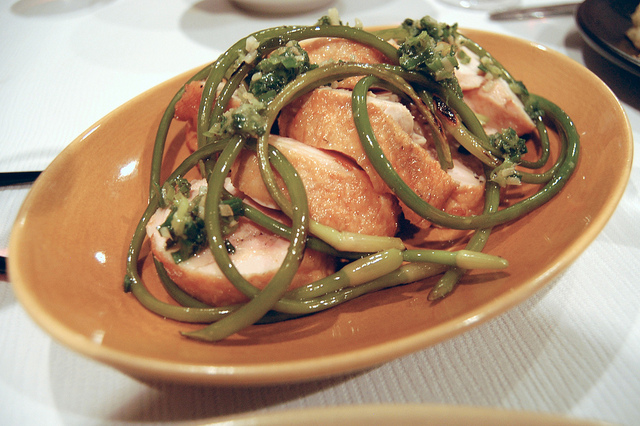 Dang finished with his take on mango coconut sticky rice, coconut milk frothed from a cream whipper, with feathery rambutans and rare, ripe green lychees.
While the initial draw may have been Gras' three-star power, Embeya's uniquely authentic cuisine, cocktails, and hospitality radiates on its own so far. Whatever you call it, it's the little one no more. 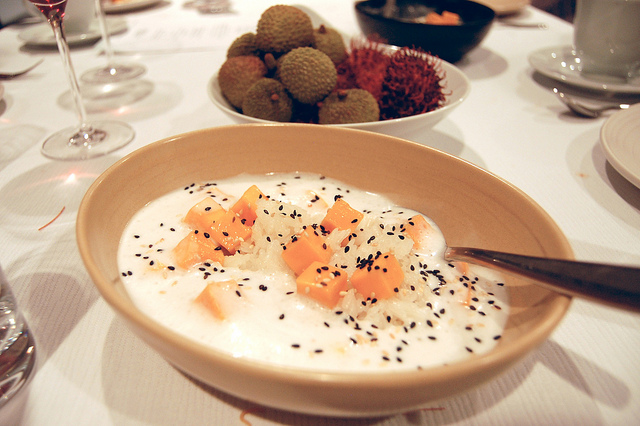