- The Late Live Show would like to remind you that its Kickstarter campaign was fully funded; because of that, ticket prices will be a mere $3 and Splitsider gave them a long piece and a thumbs-up!

- Oh man Mayor Rahm Emanuel went to Chicago Shakespeare in the Parks (which, according to their numbers, has had more than 10,000 attendees) and took this phenomenal picture: 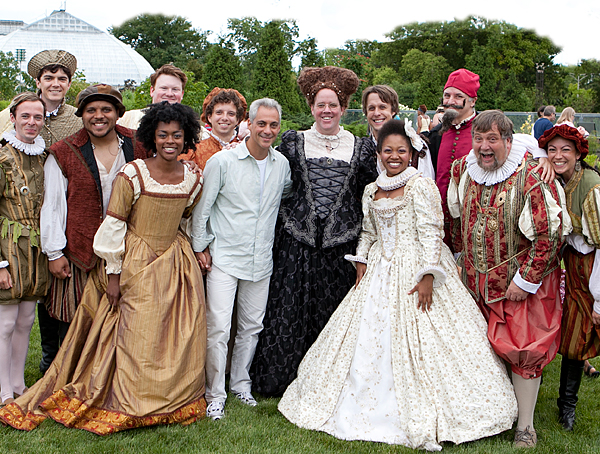 - The Jeff Awards accidentally omitted the category of Director - Revue from their list; it has now been updated.