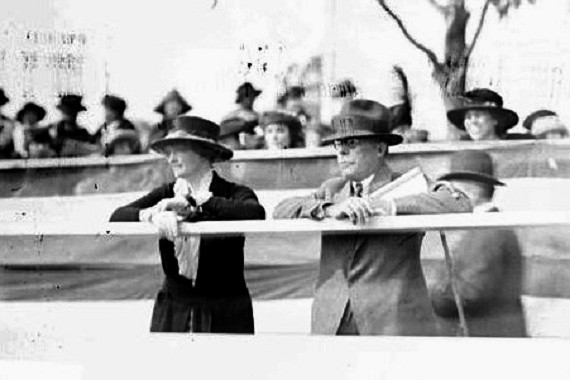 On August 27, 1922 Francis S. Peabody suffered a heart attack and died. Though nobody realized it at the time, he had just taken the first step to becoming a Chicago legend.

Peabody was a 63-year-old coal dealer, a multi-millionaire, and a figure in national Democratic politics. On that Sunday in August, he’d invited some friends to his Hinsdale estate for a fox hunt. When the hunt was over and Peabody hadn’t returned, a search party was sent out. They found his body near a small lake, with his horse standing nearby.

Mrs. Peabody decided to have her husband buried at a secret location near where he had fallen. A few years later she sold the property to a group of Franciscan friars. Then the fun began. 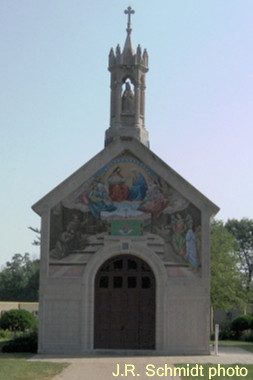 A tiny chapel had been built near the lake. Wild rumors started to circulate about the mystery of Peabody’s Tomb. Mr. Peabody was supposed to be interred in a crystal casket inside the chapel, his body floating in preservative oil like a Du Page County Lenin. Sometimes it was claimed that his infant son was there with him.

Naturally, such wondrous tales had to be verified. And so, from the 1930s on, whole generations of city and suburban kids went off in search of Peabody’s Tomb, usually after dark. Traffic was heaviest around Halloween, and during fraternity initiation season.

The Franciscans were troubled. Chasing away all those skulking adolescents was disturbing their contemplation. Besides, the kids created a mess and sometimes vandalized the property.

Now a new rumor spread. The friars didn’t just kick out trespassers. If they caught you, they forced you to pray on your knees all night – and whipped you if you didn’t comply. The number of intruders dropped. No one ever proved that the Franciscans had cooked up this latest tale. 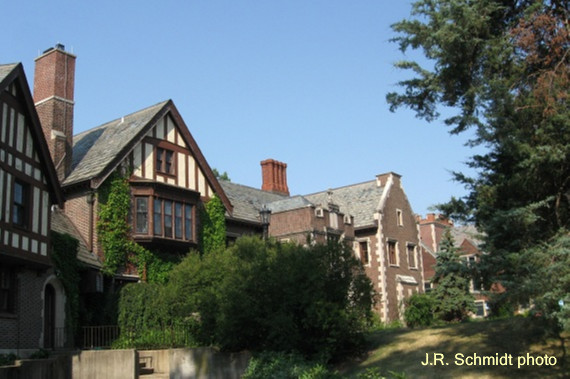 During the 1990s the Franciscans disposed of the property. Today the Mayslake Peabody Estate is owned by the Forest Preserve District of Du Page County, and anyone may visit the site. There are woodlands, wetlands, a restored prairie and a lake for fishing. The mansion is open for tours, and there are even summer Shakespeare performances under the stars.

But the exact location of Peabody’s Tomb is still a mystery.