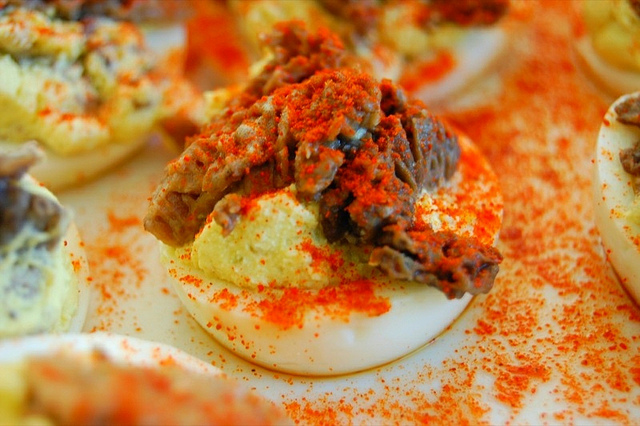 Friday, May 31
Second annual Kegs for Kidneys at Fischman Liquors & Tavern. Gird your livers and stomachs, then fill a keepsake tasting glass with favorite and rare craft beers from more than 40 breweries. Eat great food from Wagyu Wagon’s, serving the Dirty and Sumo, and the debut of Lovely Bakeshop’s bourbon cherry brownies. Plus there will be a rare bottle and basket raffle, live jazz by Soulio, all in a tented lot. The event sponsors a child to Kidney Camp, with remaining proceeds donated to the National Kidney Foundation of Illinois. Admission $40, food additional.

Monday, June 3
Chaga lecture with mycologist Britt Bunyard at the North Park Village Nature Center. Presented by the Illinois Mycological Association, aka Mushroom Club. Chaga is currently the "it" fungus (of course) and has been used since at least the 16th century in Russian folk medicine. There will be chaga, ground by hand, and served as tea. Bunyard, mycologist and FUNGI Magazine editor, will discuss harvesting chaga responsibly, the sex life of the fungus, and proper identification and avoiding poisonous look-alikes. Admission FREE for Illinois Mycological Association members, $5 suggested donation general, but no one will be turned away for lack of funds.

Amigos of Pintxo Homaro Cantu and Gaetano Nardulli at Barcito. Presented by Barcito chef Ryan Poli, this bi-week’s guest chefs, Moto’s Cantu and NEAR’s Nardulli, will create delicious and unique Basquaise pintxos (small bites). A portion of the proceeds will benefit Pilot Light. Admission $25 all you can eat.

Wednesday, June 5
Lions, Tigers and Beers at Northdown Cafe and Taproom. Tapping rare beers including craft brews made exclusively for the event: a 3 Floyds and Surly collaboration, an Against the Grain and To Øl collaboration, and an Off Color Brewing. All to benefit The Wildcat Sanctuary in Minnesota, There will be raffle prizes donated by some of Chicago’s best artists and shops, including this year's coveted print by Tony Fitzpatrick, limited edition, signed, and numbered. Admission $10 suggested donation, cash only, ATMs will be available.

Taco Truck Throwdown with Big Star and The Salsa Truck at The Garage. Presented by the Garage, home of the Salsa Truck, and the new food truck commissary/food court/record store. Proceeds benefit Rock For Kids. providing music education to underserved children in Chicago. Admission $10 suggested donation.