Art lovers in Chicago might have heard of the Chicago Imagists, a group of young artists including Karl Wirsum and Ed Paschke, who worked in Chicago’s Hyde Park neighborhood in the late to mid-late 1960s.

But Rebecca Zorach, curator of a new exhibit titled The Time is Now! Art Worlds of Chicago’s South Side, 1960-1980, said the Chicago Imagists were just a slice of the South Side art world. Her exhibit aims to bring a “more balanced view” to that scene, she said. It’s open through December 30 at the Smart Museum of Art at the University of Chicago.

“They’re not necessarily aware of the extent to which the Black Arts Movement was powerfully present in Chicago,” Zorach said. Zorach, an art historian at Northwestern University, recalled her own education where she mostly learned about black artists in New York and California. 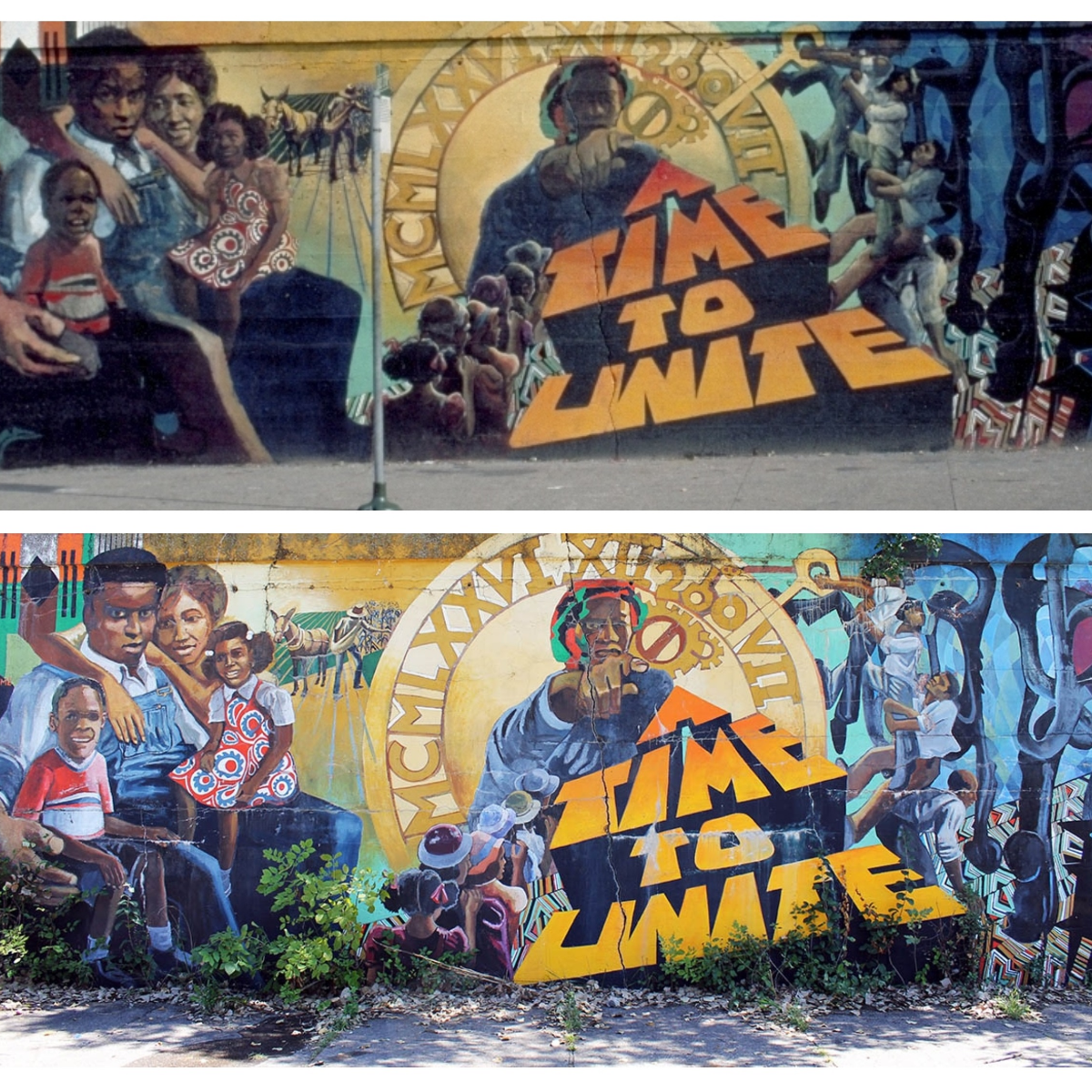 The exhibit weaves through the changes that were happening in Hyde Park, where the Smart Museum is located. University expansion and “urban renewal” caused some artists living and working in the neighborhood to move further south, into neighborhoods like South Shore or nearby areas like Kenwood and Washington Park.

Zorach said “urban renewal” is referred to by many as “negro removal.”

To demonstrate that point, Zorach pointed to two paintings at the entrance of the exhibit that offer two very different views of 63rd St. Wadsworth Jarrell’s “Neon Row” from 1958 has vibrant colors, crowded night scene with theaters and restaurants.

“Everything going on at 63rd Street,” Zorach pointed out. Almost two decades later, Jose Williams’ “63rd Street” shows a much quieter scene under the El tracks, no people on the streets.

Zorach said even though the majority of artists working and living in Hyde Park were African-American, places like the Hyde Park Art Center were mainly fostering the work of the largely-white imagists collective. She also said that African American artists were forced to find new places to work, exhibit, and gather. That’s why Zorach wanted much of the exhibit to focus on “reclaiming space.” She said artists featured in the show were taking a “stand through cultural means to say, ‘We’re here.’” They did that by opening galleries and community centers.

One of the spaces that opened to make artists more “visible”, as Zorach described it, was Osun Gallery on 75th Street.

“There were a dearth of spaces available where African-Americans could exhibit,” said Osun founder Dr. Yaounde Olu.

Olu, a retired educator and a cartoonist, describes her work as “cosmic.” She said it differs from Afrofuturism in that it depicts alternate realities that could be in the past or the present.

Olu would later change the name of the gallery to the Osun Center for the Arts because she said it served as more than an exhibition space. It became a cultural spot to see concerts or take a Tai Chi or dance class, according to Olu. She closed Osun in 1982. Her work “Priestess of Light” is on display at The Time is Now! 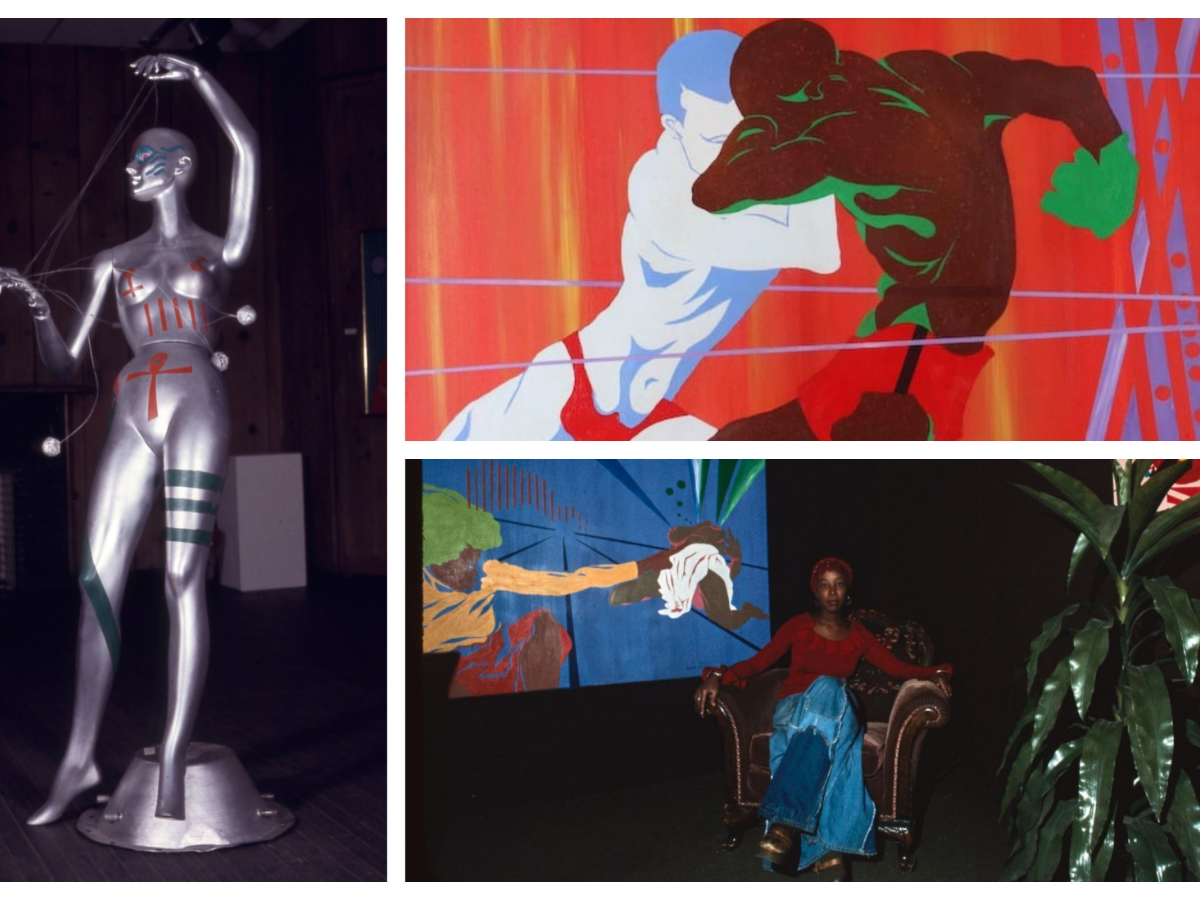 In addition to a section on Osun, and the still operating South Side Community Arts Center, The Time is Now! displays art and photos, and plays music from The Alley, another space that Black Artists claimed to create and collaborate. According to Patric McCoy, The Alley was “an event that occurred every Sunday from noon to dusk, in an alley between 49th and 50th, between St. Lawrence and Champlain.” Memories from McCoy and others who were on the scene at the time have been recorded and can be heard at the museum. There are also records of the many jazz recordings that were made then.

“Jazz musicians that would come into Chicago — you know, they would play at a set somewhere in a jazz club — and then on Sunday, they would be up in The Alley, playing, performing in The Alley,” McCoy said.

Zorach, curator of The Time is Now!, was quick to clarify that the works in her exhibit are not totally unknown.

“There’s always been a community of African-American artists and art lovers on the South Side.” But, she added, segregation kept artists from displaying their work on the North Side, or from getting due national attention and acclaim.

Hairy Who and the Chicago Imagists are “interesting,” Zorach said. But the goal of The Time Is Now! is to think about the South Side holistically, she said.