Federal agents recently executed a search warrant on the Southwest Side home of retired Chicago Ald. Michael Zalewski, and sources familiar with the investigation say they were seeking records regarding the alderman’s longtime political ally, Illinois House Speaker Michael Madigan.

In a related move, federal investigators subpoenaed documents and other information from utility giant Commonwealth Edison regarding the company’s state government lobbying activity. ComEd officials confirmed they received the subpoena and said the utility is cooperating in the ongoing federal investigation.

Zalewski’s attorney, longtime Chicago defense lawyer Thomas Breen, confirmed to WBEZ and the Better Government Association that the former alderman’s home was searched by federal agents in May. Around the same time, authorities raided the home of Kevin Quinn, a Madigan operative whose brother is alderman of Madigan’s 13th Ward power base. The Zalewski search has not previously been disclosed.

“Despite the government’s interest in getting documents, we are confident there was nothing wrong in any of [Zalewski’s] conduct,” Breen said, describing the former alderman as “a working stiff for the people.”

Part of the probe centers on efforts to get work for Zalewski at ComEd and the interactions between Madigan, Zalewski and longtime ComEd lobbyist and Madigan confidant Michael McClain, according to three sources familiar with the federal investigation. The three sources declined to be identified because they were not authorized to speak about the investigation.

Asked whether Zalewski had been hired in any capacity by ComEd, a utility spokeswoman declined to answer. But in a statement, ComEd spokeswoman Jean Medina said the utility and its parent company, Exelon, recently were contacted by federal agents.

“Exelon and ComEd have received a grand jury subpoena from the U.S. Attorney’s Office of the Northern District of Illinois requiring production of information concerning its lobbying activities in the State of Illinois,” she said in an emailed statement. “Exelon and ComEd have pledged to cooperate fully and are cooperating fully with the U.S. Attorney’s Office in expeditiously providing the requested information.”

A Madigan spokesman did not return calls seeking comment. 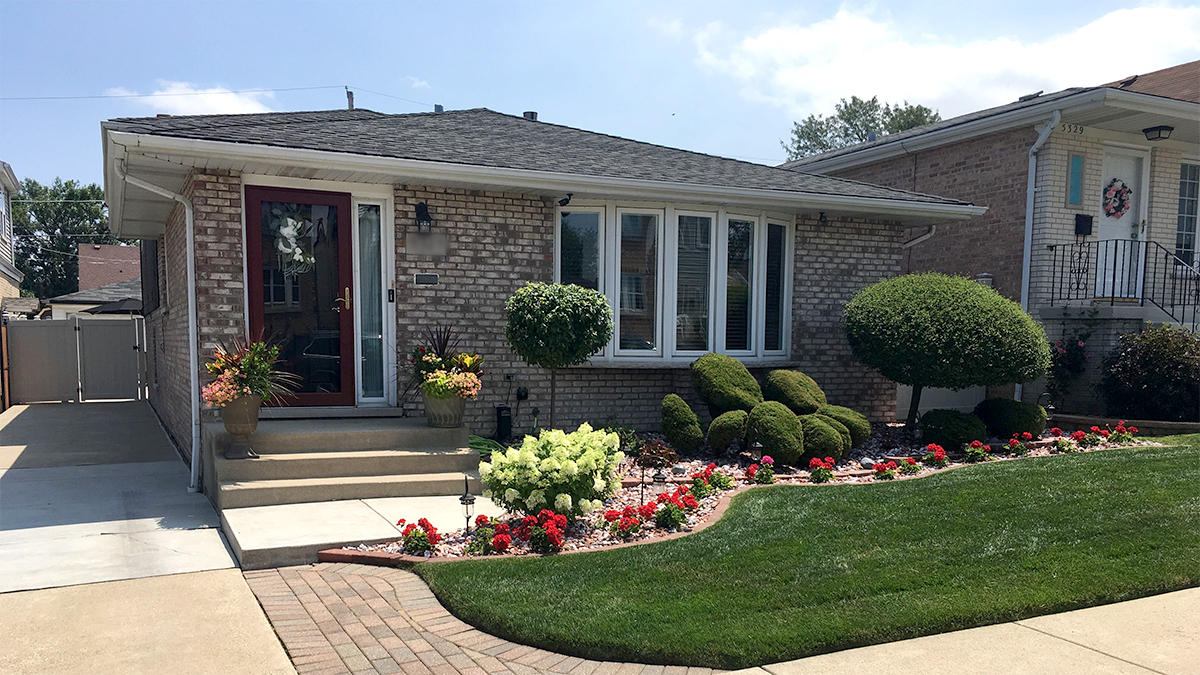 The federal raids involving Zalewski and Quinn come as corruption cases are reverberating through Chicago and City Hall. Ald. Ed Burke, 14th, the longest-serving alderman in the city’s history, recently pleaded not guilty to racketeering, bribery and attempted extortion charges.

One of the key revelations in the Burke case has been that ex-Ald. Daniel Solis, 25th, wore a wire for the FBI for two years. Court records revealed that among the first conversations recorded was a 2014 meeting in which Madigan discussed his private property tax appeal legal practice with a developer looking to build a hotel in Chinatown.

Solis has not been charged and Madigan denied wrongdoing when the affidavit became public earlier this year.

Madigan is the longest-serving House speaker in the nation and also has headed the state Democratic Party for decades. His vast network of influence in state and city government is well documented, including his long-standing practice of wielding his power to help secure both private and public jobs for his loyalists.

Virtually no legislation passes in Springfield without Madigan’s blessing, and he oversees efforts to elect Democrats throughout the state, including Zalewski’s son, Michael J. Zalewski, a state representative since late 2008.

Two sources familiar with the ongoing federal investigation told the BGA and WBEZ that federal agents approached the elder Zalewski in May as he was golfing at the Beverly Country Club on the Southwest Side and then executed a search warrant at his brick, split-level ranch home in the Garfield Ridge neighborhood.

The younger Zalewski’s wife, Carrie, was appointed by Gov. J.B. Pritzker in April to head the Illinois Commerce Commission — which is ComEd’s chief regulator.

Following more than two decades on the City Council, the elder Zalewski retired as 23rd Ward alderman where he rose to chair the council’s important Aviation Committee. His retirement cleared the way for a Madigan ally in the Illinois House, Silvana Tabares, to replace him as alderman.

While alderman, Zalewski also ran a lobbying firm out of his house, The Z Consulting Group Inc. Records show he has continued to lobby state officials through this year for a handful of clients. Zalewski did not list ComEd among the clients of Z Consulting Group.

According to public documents, Zalewski has come under financial pressure — and government scrutiny — in recent months. Beginning in October, as federal agents were preparing the first of several raids related to political corruption probes, the Internal Revenue Service filed liens against the former alderman and his wife, Mildred. Those liens total $185,635.05 in unpaid federal income taxes and penalties on his personal business from 2013 through 2017. 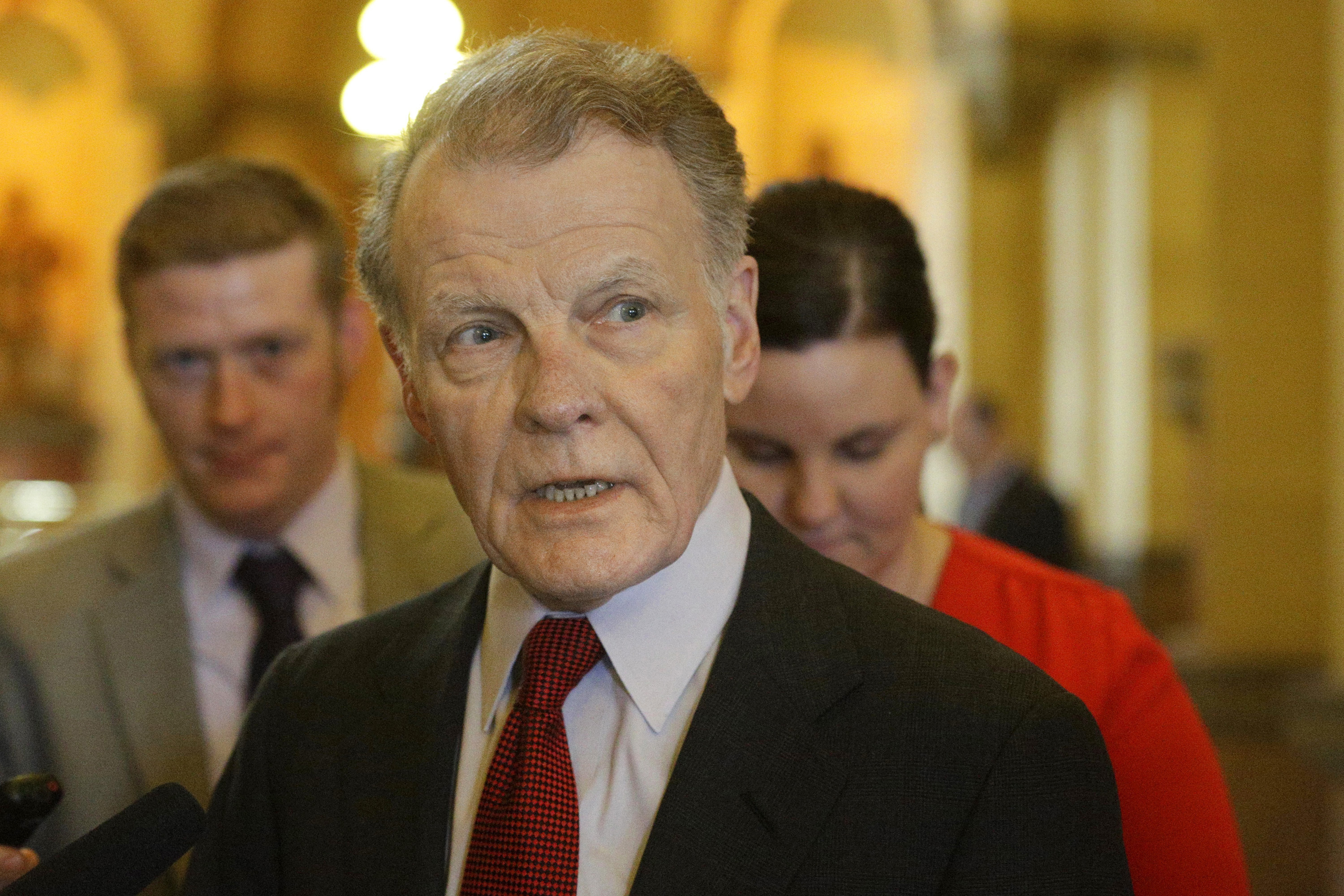 The long list of ComEd lobbyists in Springfield reads like a who’s who of former Madigan aides and retired state House Democrats. Among them are Michael Kasper, the longtime top lawyer for Madigan and the state Democratic Party, and Will Cousineau, who was the political director for the speaker and the state party for eight years.

McClain also was a ComEd lobbyist after serving as a state representative from western Illinois. He announced his retirement in 2016. At the time, the normally reticent Madigan gave him a warm and rare public send-off, according to the Quincy Herald-Whig newspaper. Madigan said McClain “had an outstanding career as a legislator and a lobbyist, operating with complete honesty and integrity.”

Contacted by phone at his Quincy home, McClain declined to discuss the federal investigation but expressed confusion about what the agents might be investigating.

“There’s nothing against the law about asking for a job,” he said.

In more than 30 years atop the Illinois legislature, Madigan has come under repeated scrutiny by the media and good-government advocates for his dual roles as both speaker and as a name partner in the private law firm Madigan & Getzendanner, where Madigan works as rainmaker to draw tax appeal clients.

While Madigan has risen to the pinnacle of Illinois politics, some clients of his firm have benefitted from his public decisions, a conflict documented in a Chicago Tribune series “The Madigan Rules” published over several years beginning in 2010.

Madigan has always maintained there is no connection or conflict between his private and public roles. The federal charges against Burke have targeted the conflicts between his work as an elected official and his own private law practice.

The ongoing corruption investigation into Chicago and Illinois government is being led by the office of John Lausch, the U.S. attorney for the Northern District of Illinois, and the Chicago office of the FBI.