The Chicago Stadium was a direct outgrowth of the Second City Syndrome.

Whenever New York did something fabulous, Chicago had to top it. In 1925 the First City had dedicated the new Madison Square Garden, an indoor sports arena that could accommodate 20,000 spectators. So now the Second City would do better. 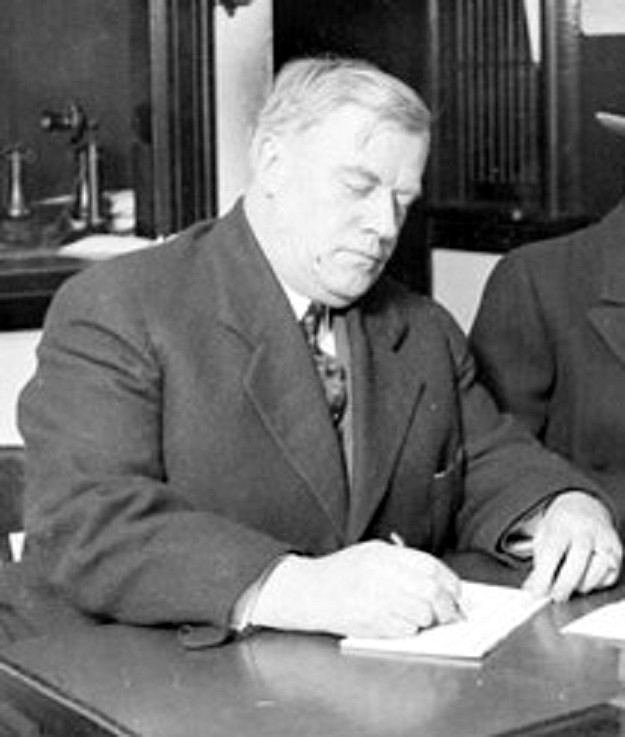 The driving force behind the Chicago Stadium project was Paddy Harmon, a West Side promoter who’d made his rep running dance halls. In 1926 he organized a syndicate of investors, and they quietly began buying up property around Madison and Wood streets. They eventually acquired a square block.
When plans for the Stadium became public, many people were skeptical. This whole giant barn was too immense! And once ground was broken and construction got under way, strikes by 17 different craft unions delayed the project. Still, Harmon pressed ahead.
"It'll be a grand thing for Chicago," he told anyone who would listen. "You’ll be seeing fights there, and bike races, and big conventions. People will be coming from all over the country to see the events we’ll be putting on."
Harmon’s syndicate sunk $7 million into the project—close to $100 million in today’s money. On March 28, 1929 the Stadium was ready. Chicago now had the world’s largest sport’s arena, with a total capacity of 25,000.
Opening night featured a boxing card. The main event was the light-heavyweight title bout between Tommy Loughran and Mickey Walker. Fifteen thousand fights fans came out.
And, hey! The joint sure was impressive. The soaring walls towered over the surrounding cottages and tenements. Attached to those walls, two vertical electric signs spelled out “STADIUM” in giant letters.
But it was the inside that knocked your socks off. Three balconies full of bright red chairs circling the room. Twelve huge iron girders holding up the roof–no posts to block your view. And the noise! Fifteen thousand voices echoing up and back and around and through. Yeah, it was gonna be fun coming here! 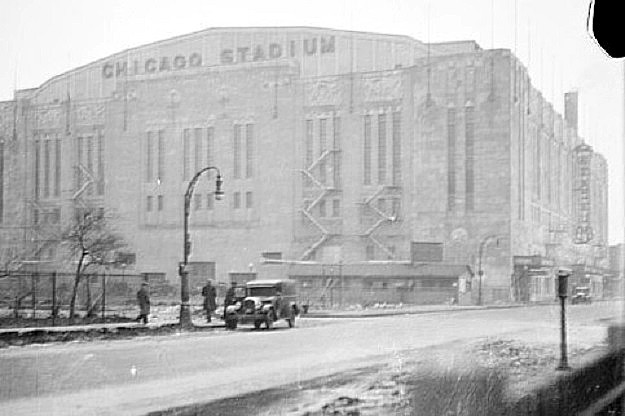 While Loughran was busy beating Walker, interns at nearby County Hospital spotted flames shooting from the Stadium’s roof. Firemen were called, and they extinguished a burning tar barrel. The spectators inside didn’t learn of the blaze until they opened their papers the next morning.
As Harmon had predicted, the Chicago Stadium became a popular venue for sporting events, concerts, political conventions, pageants, and other large gatherings. It was torn down in 1994, replaced by the United Center across the street.
Paddy Harmon did not witness his arena’s greatest glory. He was killed in an auto accident a little more than a year after the grand opening. In keeping with his last wish, Harmon’s wake was held at the Stadium.