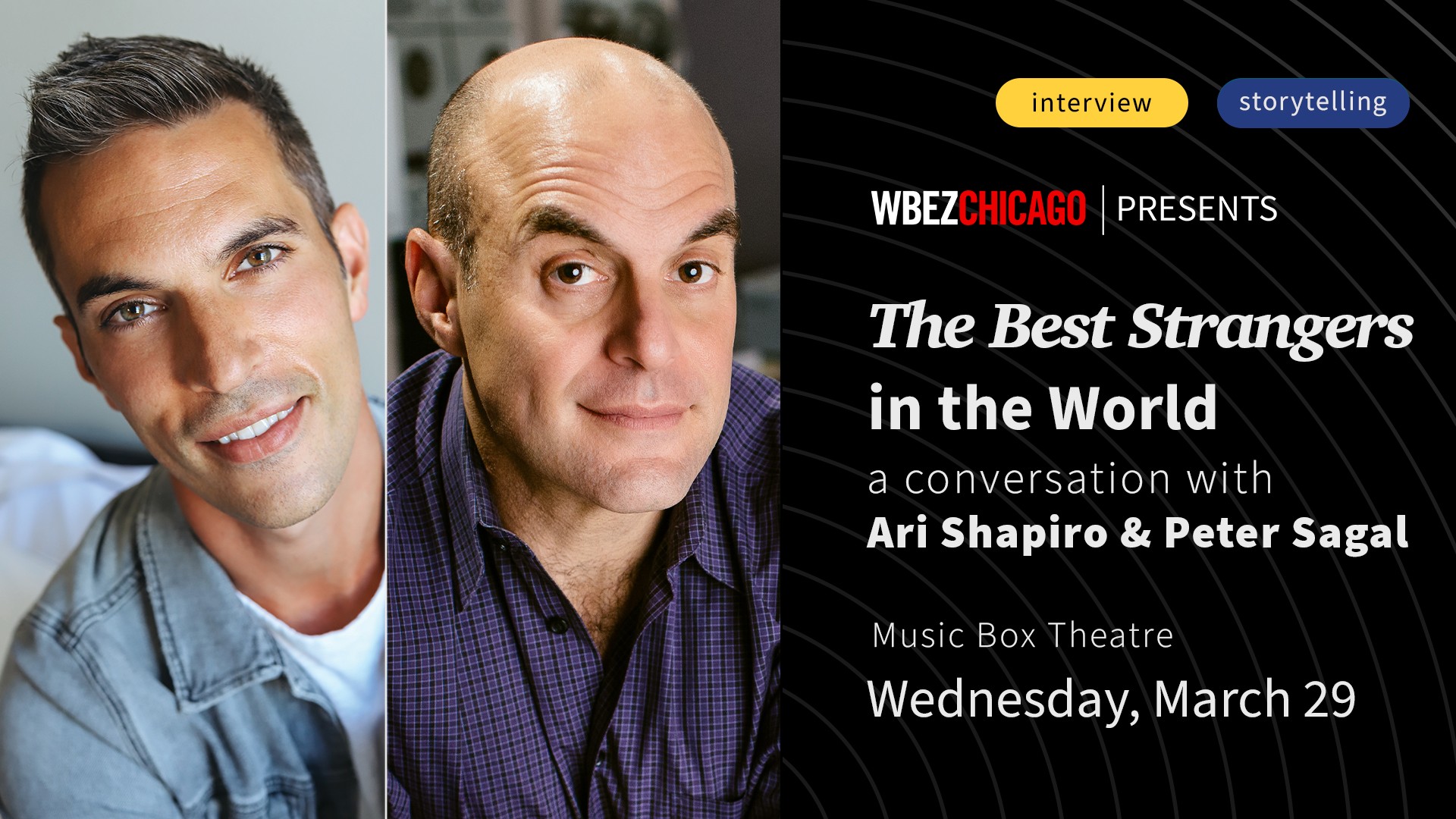 Join WBEZ at the historic Music Box Theatre for an evening of conversation with award-winning NPR journalist Ari Shapiro about his new memoir and tales from his storied broadcast career.

The beloved host of All Things Considered is known for his adventurous spirit and insatiable curiosity, which has served him well whether he’s traveling on Air Force One with President Obama, navigating war-torn countries, or following community leaders fighting for social justice. His new memoir, The Best Strangers in the World, details all of this and more in captivating essays and is a true love letter to journalism.

He will be joined by Peter Sagal, host of NPR’s Wait Wait… Don’t Tell Me, for an intimate conversation about Shapiro’s personal experiences and lifetime of storytelling.

Tickets to this event include a signed copy of The Best Strangers in the World (published by HarperOne, a $29 value.) We’re proud to partner with Exile in Bookville on this event.

Ari Shapiro is the award winning co-host of All Things Considered, NPR’s landmark nightly news program. As a journalist, he has reported from above the Arctic Circle and aboard Air Force One. He has covered wars in Iraq, Ukraine, and Israel, and he has filed stories from dozens of countries and most of the 50 states. Before joining the All Things Considered host team in 2015, he was NPR’s international correspondent based in London. He was previously NPR’s White House Correspondent during the Obama presidency; he embedded with the 2012 presidential campaign of Republican Mitt Romney; and he was NPR’s Justice Correspondent for five years during the George W. Bush administration. Some of his awards include the Silver Gavel, an Edward R. Murrow Award, and the Daniel Schorr Journalism Prize.

He has three daughters, Rosie, Gracie and Willa, and lives in the Chicago area with his wife Mara and two dogs, DeeDee and Dutchie, who like to see their names in print.

Open captions will be provided.