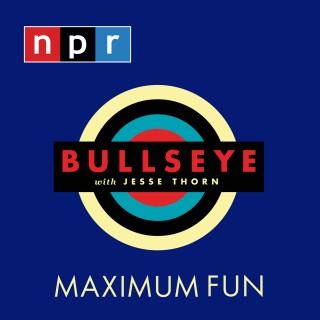 Missing basketbally? Today, we're looking back on our conversation with NBA All-Star Metta World Peace! His larger than life personality often precedes him and has made him one of the most polarizing players in the history of the game. The Queensbridge, New York native talks to Jesse about how his upbringing shaped him as a person and how it impacted the way he raises his own children, what he regrets from his stint playing with the Indiana Pacers and how downsizing his world rescued him. Plus, he'll discuss the infamous NBA brawl dubbed the "Malice at the Palace."

Bullseye is your curated guide to culture. Jesse Thorn hosts in-depth interviews with brilliant creators, culture picks from our favorite critics and irreverent original comedy. Bullseye has been featured in Time, The New York Times, GQ and McSweeney's, which called it "the kind of show people listen to in a more perfect world." The show was formerly known as The Sound of Young America. From NPR.

Airs Saturdays at 8 p.m. on WBEZ