Right before I turned five, I went to the eye doctor for the first time. I even wrote about it in my kindergarten journal: “I am going to get galassis! I am so aixidad!” (I was a complicated speller.)

At that appointment, I was diagnosed with vitelliform macular dystrophy, a degenerative eye disease also known as “Best disease.” Which doesn’t make a ton of sense because Best disease causes my eyesight to get worse and worse over time. It’s a lot like age-related macular degeneration, but it’s genetic, and my vision could deteriorate at any time, not just when I’m 80.

My dad has it, too, which is also not the best.

But recently, we learned about some groundbreaking science that could help fix our eyes. It could also change all of human evolution, which means this is a deeply personal story with universal implications.

In 2017, my dad’s vision was getting worse and worse. He wanted to do something — anything — to counteract his vision loss, but because Best disease is so rare, the retinal experts he contacted didn’t have much to say.

Until one day in September, when he decided to send an email to a research lab at the University of California, San Francisco.

Within 20 minutes, they emailed him back. The scientists there were doing experimental gene therapy, and they were thrilled to hear from him. Two weeks later, he was in San Francisco for a full day of imaging.

Turns out, Best disease just happens to be among the best (ha!) for experimenting with CRISPR.

“You know, I didn’t really realize there was this cloud over me,” my dad recently told me.

“You live with it, kind of like a frog in a pot of water, the temperature of which is gradually increasing. But when I met those folks, I just thought, ‘Wow. There’s a ray of light here.’”

The science behind the acronym

CRISPR stands for Clustered Regularly Interspaced Short Palindromic Repeats. If you can’t tell from the acronym, it’s super complicated. But CRISPR technology is actually something that’s existed in the world for a long time — it’s a kind of adaptive immune system that bacteria use to defend themselves against viruses.

What’s super new is scientists have figured out how to co-opt that system to edit parts of the human genome.

“The CRISPR system is basically just a way of finding a specific site in DNA and cutting it,” said Megan Hochstrasser, a science communications manager and CRISPR expert with the Innovative Genomics Institute, a partnership between UCSF and the University of California, Berkeley.

Just to be clear, we’re talking about removing the faulty DNA from my eyeballs.

“It’s not even a hypothesis,” said Dr. Bruce Conklin, deputy director of the Innovative Genomics Institute and senior investigator at the Gladstone Institutes. “We know that if we can get rid of the bad copy in Greta’s eye cells, then for that cell at least, it’s completely cured.”

Conklin has samples of my DNA (and my dad’s DNA, too) — blood, hair, all the important stuff — and he’s doing two things with them.

Second, he’s using those stem cells to make retinal pigment epithelial cells, or RPE cells, which are the cells in my eyes that aren’t working the way they’re supposed to.

With a petri dish full of my RPE cells, Conklin can test different variations of CRISPR enzymes to discover which variation can remove my bad DNA as accurately as possible. Essentially, he’s trying to make the perfect pair of CRISPR-style scissors. 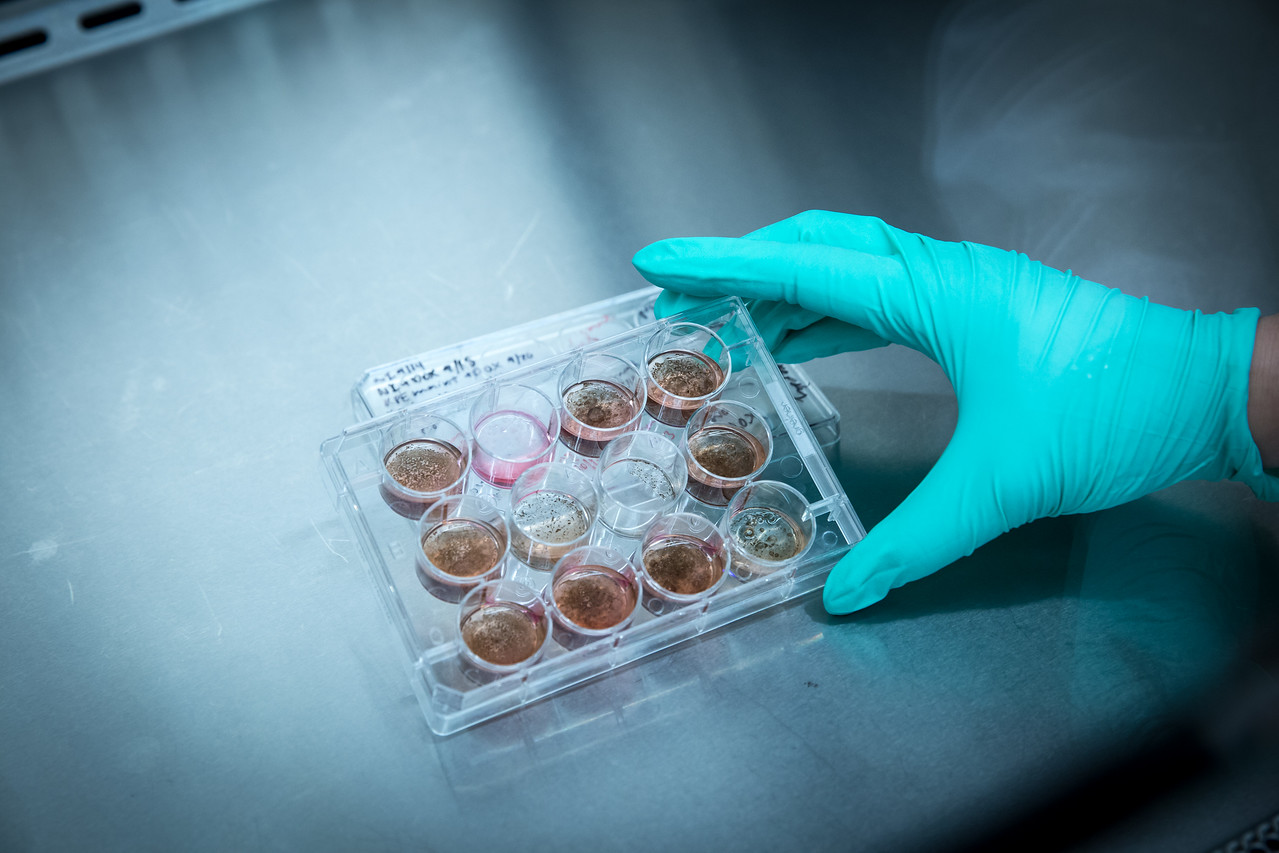 If he’s successful, the disease won’t get any worse. It gets stopped in its tracks. And if it works in a petri dish, Conklin said it will work in my eyes.

“This is the peak of my scientific experience. There's no question about that,” Conklin said.

It’s crazy to imagine that such a cutting-edge treatment could be exactly the thing to solve my vision problems. And 10 years from now, Conklin told me, this could be the sort of genetic disease that can be fixed in children before they even notice they have it.

But CRISPR isn’t just for eyes. In theory, CRISPR could work in any cell type.

“That’s kind of where the whole ethical debate comes in,” Hochstrasser said. “It’s not always just restoring something or fixing something. It could be taking someone that is healthy and enhancing them.”

“If you edit an embryo, you could potentially change both that person and the genes that they pass on to the next generation,” she said. “We’d be permanently altering the course of evolution if we decide that we think it’s OK to edit human embryos. Is that something we want to be able to do as a society?”

So, here are some of the questions that I keep having when I think about CRISPR:

Like all technology, Hochstrasser said this one is not inherently good or bad; it just amplifies our best and worst ambitions.

”It’s kind of like fire. You can use fire to heat someone’s house or you can burn someone’s house down. I think scientists, in this case, early on were really vocal about trying to tell the public, trying to tell lawmakers, all kinds of people, what was going on, so that people could start deciding how to use the technology, how we might regulate before we’re at the point where we can already just use it to do whatever we want. Because once you have the tool, you can’t really stop people from using it.”

A shot in the eye … in about three years

Conklin told me that with Best disease, it’s easy to tell which gene is causing the defect. And if we have the science to control DNA, then we can control how the body works.

But before we get to the point of injecting CRISPR into my eyeballs (or my dad’s), Conklin has some testing to do. He anticipates it’ll be about three years before I actually see the needle.

And he said that’s another reason why Best disease is so ideal for CRISPR treatment: Unlike so many genetic diseases, our vision is deteriorating slowly. There’s not as much urgency as there can be for something like heart disease.

Conklin plans to try the system on my dad before me, since his disease has progressed faster than mine. My dad could be among the first humans to have his genes edited with CRISPR.

And even after years of testing, it’s possible that something could go wrong when this customized CRISPR system is injected into our retinas.

My dad’s ophthalmologist said he shouldn’t do it. My mom, too, is pretty worried about possible side effects. 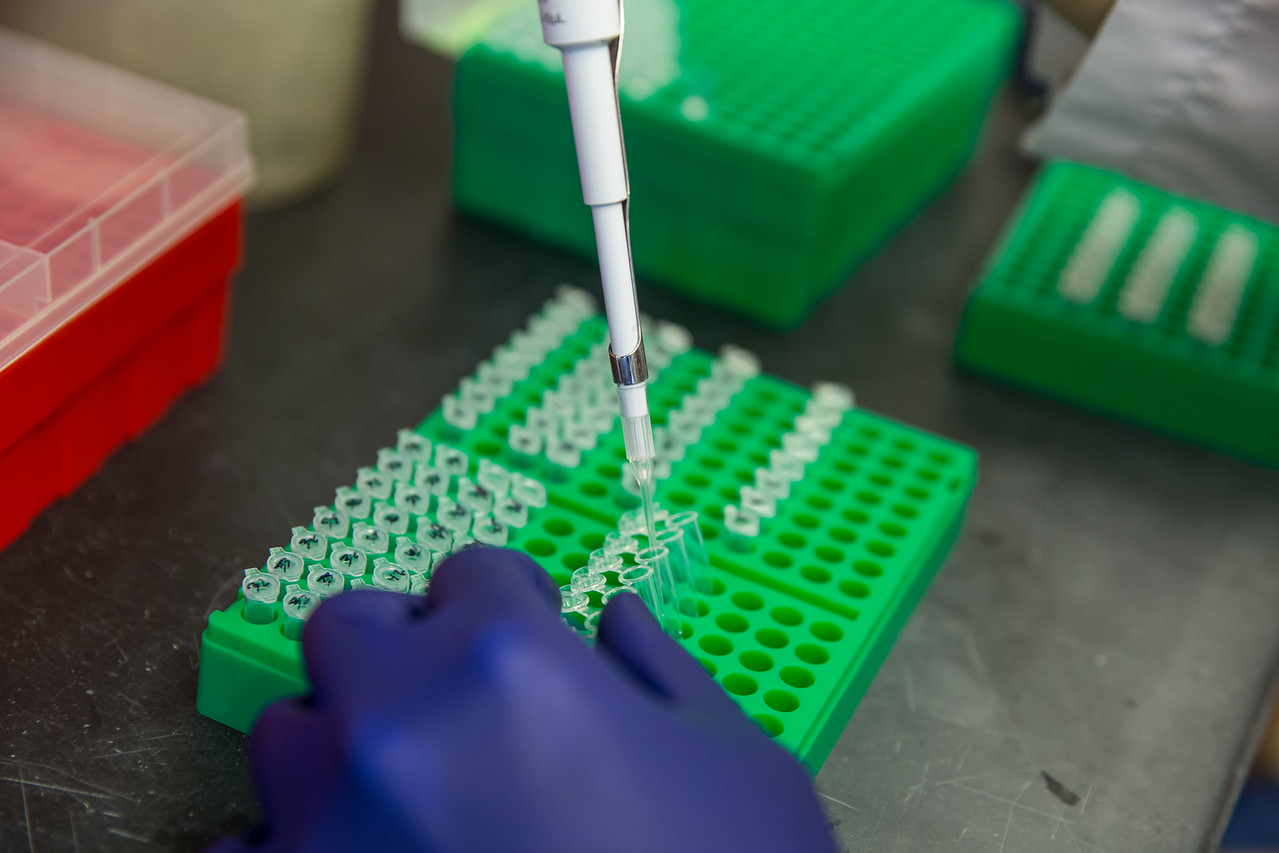 But Hochstrasser said we might get get to watch a few other people try similar sorts of genetic treatments before we have to make a decision of our own.

“Hopefully in the next couple of years before you would even have to make that decision, we’ll see CRISPR tested in the clinic in a lot of different ways,” she said. “Maybe you’ll have an indication from some of the other work that this really is promising and the people you’re trusting are doing a good job."

When we talked to my dad about all this, my Nerdette co-host Tricia Bobeda was reminded of the film Hidden Figures, which is about the African-American women whose calculations helped make John Glenn the first American to fly a spaceship around the Earth. He didn’t know the math behind the launch coordinates, but he trusted the women who did.

“Jim Johnsen, you are John Glenn,” Bobeda told him.

“It is kind of like being John Glenn,” he replied. (I knew he’d eat that analogy up.)

“But just like the space program, they’re going to test this. So that’ll hopefully build confidence,” he said.

Maybe you can’t tell, but Jim Johnsen is excited (or “aixidad”). He wants to get started straight away.

“We’ll have to manage the emotional and optimistic side of this,” he continued. “But that’s what we do in life, right? We make choices. And to the extent we can get to the place where we can make the choice to hop in the spaceship or not — that’s a whole lot better than simply hanging around.”

In an earlier version of this story, we said Brian Madeux was the first person to receive a CRISPR injection. His treatment was actually with a gene editor called a zinc finger nuclease. Additionally, two photo captions originally said that Greta's father, Jim Johnsen, met with scientists at the Institute for Human Genetics. They actually met at the Gladstone Institutes. The captions have been updated.

Greta Johnsen is an anchor at WBEZ and the co-host of Nerdette podcast. You can follow her on Twitter @gretamjohnsen and @NerdettePodcast.