Earlier this month, I served as the commencement speaker for my alma mater, Sutherland Elementary School in Chicago’s Beverly neighborhood. I was thrilled to be asked.

As I sat silently on stage, waiting to speak to the eighth graders, I reflected on my happy school years there: learning from the teacher who first introduced me to Maya Angelou; playing “Star Wars” on the playground; anticipating book fairs; and feeling my love of reading nurtured.

I attended Sutherland because of a voluntary busing program to desegregate Chicago Public Schools.

I again reflected on my integrated education after listening to a snippet of Thursday’s Democratic presidential debate.

U.S. Sen. Kamala Harris confronted former Vice President Joe Biden for his opposition to busing and his recent comments about finding common ground to work with staunch segregationists in the 1970s.

“I do not believe you are racist,” Harris, 54, said on stage in a heated exchange. “It is personal and hurtful to hear you talk about the reputations of two United States senators who built their reputations and career on the segregation of race in this country. You also worked with them to oppose busing. There was a little girl in California who was a part of the second class to integrate her public schools and she was bused to school every day. And that little girl was me. So I will tell you that on this subject, it cannot be an intellectual debate among Democrats. We have to take it seriously.”

Biden, 76, responded that he did not praise racists and that he has a record supporting civil rights.

Harris pushed him by asking if he was wrong to oppose busing in America. Biden responded that he didn’t oppose busing outright, but clarified that he opposed “busing ordered by the Department of Education.” He said it should be a local decision like it was in Berkeley public schools where Harris attended.

So Biden supported integration but didn’t think busing was the right tool. But he aligned himself with lawmakers who had a different agenda — one that was anti-black. In the 1970s, he supported an anti-busing measure by civil rights foe Sen. Jesse Helms, and Biden himself introduced a proposal to stop the federal government from using busing to desegregate the schools.

When I hear Biden argue that busing should’ve been a local decision as a means to support integration, it rings hollow. I know all too well in Chicago that if left to the local or state government to desegregate, that means it won’t happen. Decades of reform and white students fleeing CPS in the 1960s meant true integration failed. And intervention had to happen.

In 1981, a yellow school bus picked me up from my black Chatham neighborhood to take me to Beverly, a fledgling integrated community. My parents saw this as an opportunity to go to a diverse neighborhood school with high test scores. I was given the opportunity as a last-ditch effort to achieve integration amid a dropped white population in CPS. 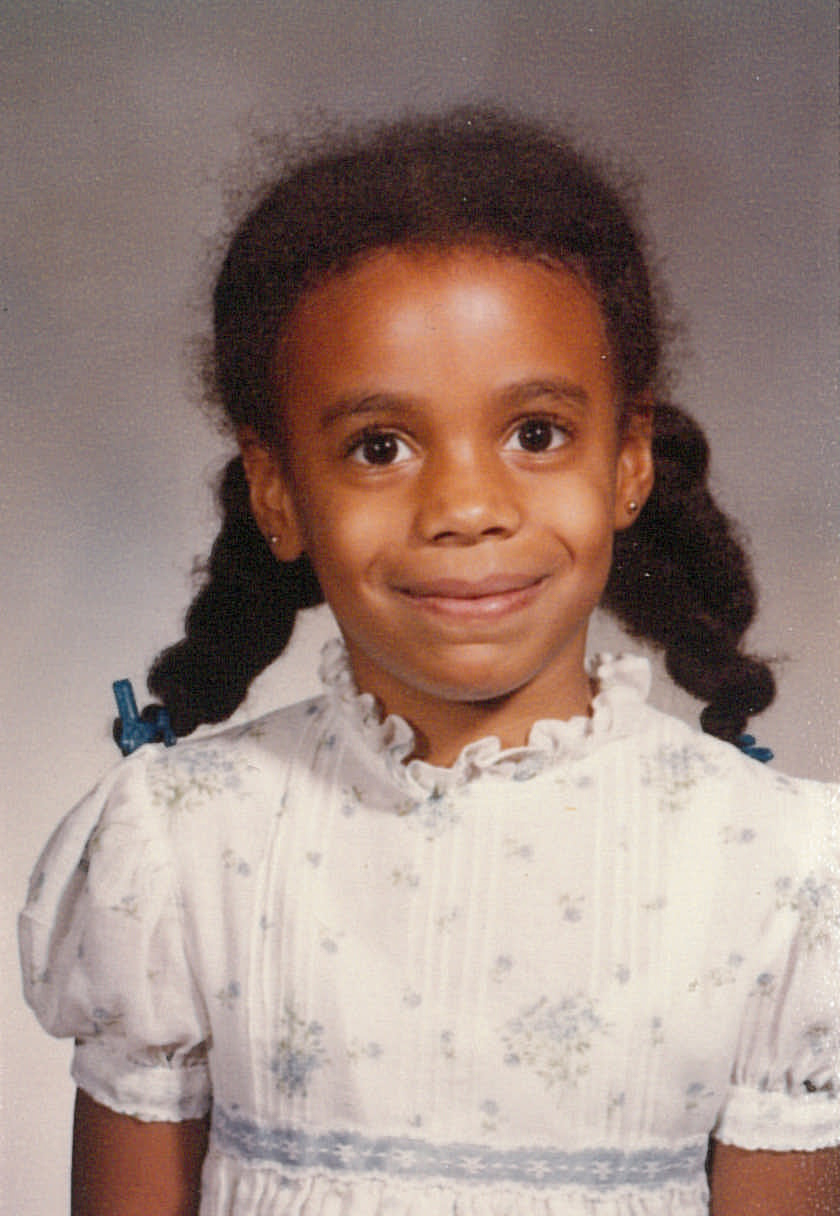 The year before I entered kindergarten at Sutherland, the U.S. Justice Department filed a lawsuit against the Chicago Board of Education, alleging a dual school system that segregated students on the basis of race and ethnic origin. The decree required CPS to implement a voluntary desegregation plan to create as many racially integrated schools as possible. (The decree ended in 2009.) The decree allowed me to be bused.

Note, this was a federal lawsuit, not local control.

Busing has an ugly racial history in this country. White schools wanted to preserve their whiteness. Busing proponents believe it’s a tool to be used to desegregate public schools to keep with the legal principles of the landmark case Brown v. Board of Education, in which the U.S. Supreme Court ruled separate is not equal in schools. In 1978, civil rights scholar Gary Orfield wrote the book Must We Bus? Segregated Schools and National Policy. The book came out at the end of the decade where busing erupted as an issue in northern cities, demonstrating that folks who opposed busing there could be just as racist as Southern segregationists. 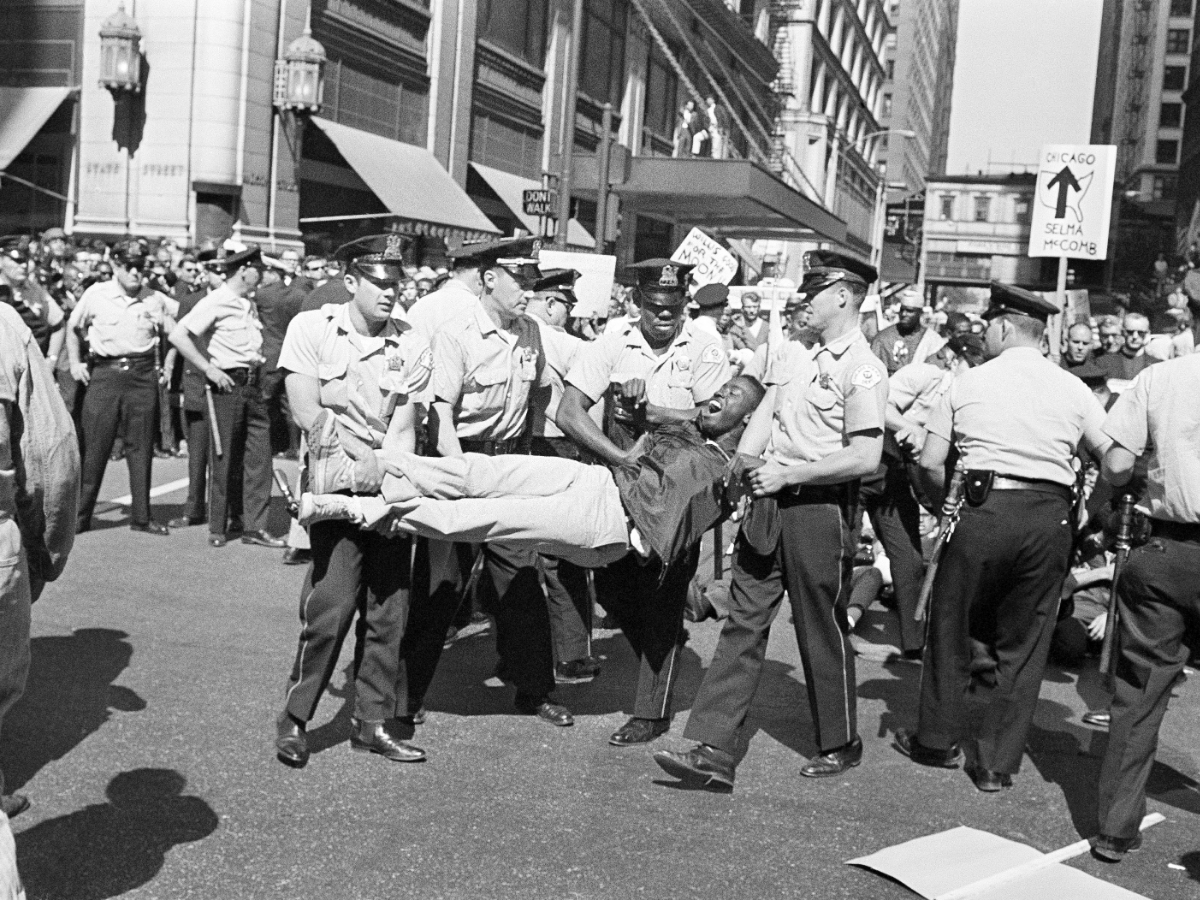 The book details court failure and the lack of political will in Chicago. The powerful Mayor Richard J. Daley resisted desegregation and used his clout to tell Washington to buzz off. Black parents never gave up in Chicago but had few wins in a segregated school system — the same system that had my mother attend school for a half day because of overcrowding in the black Woodlawn neighborhood rather than integrate the schools. The same system that had black children go to school in Willis Wagons, trailers in front of schools, as an acceptable answer to overcrowding rather than integration. They were named after then-CPS superintendent Benjamin Willis who opposed integration. 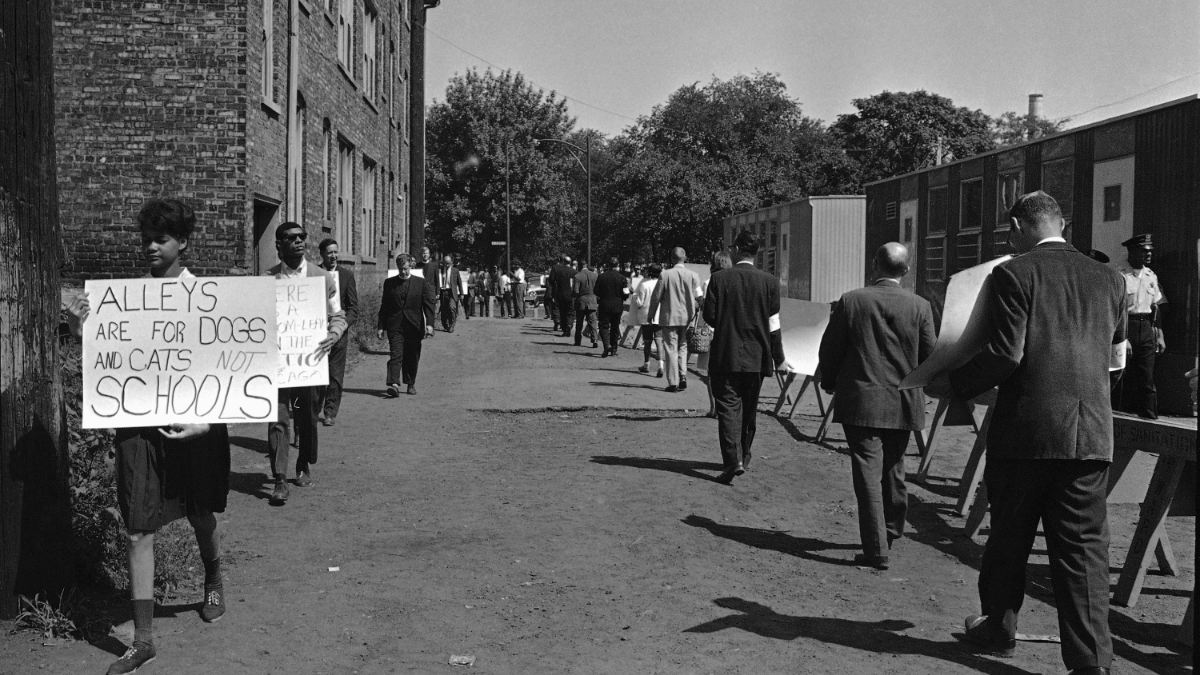 In 1965, a coalition of black parents from Chicago filed a formal complaint of discrimination with the U.S. Office of Education, the first major challenge to a northern school district under the newly passed Civil Rights Act of 1964. The complaint alleged segregationist practices.

A team from the Department of Health, Education and Welfare (HEW) deferred $32 million in new federal aid the city was due to receive with an expectation that the city would cooperate. An incensed Daley threatened to end his congressional delegation support for all federal education legislation. HEW retreated. This is what local control looks like.

And repeatedly, Daley thumbed his nose at integration at a time when it truly could’ve happened in the school district, before white flight through the decades dramatically emptied Chicago public school classrooms of white students. He and others repeatedly ignored years of documented school segregation. Reports and recommendations got tucked into drawers. Again, local control.

Today, segregation continues in CPS, and there doesn’t appear to be an intentional plan to reverse decadeslong trends or to come up with creative ways to integrate system wide.

I think fondly on my busing experience, and as a child I had no idea of the political weight or national opposition toward busing. It worked for my family. I’m proud of my public education. My siblings and I didn’t encounter racists in the 1980s trying to block our public education on the steps of Sutherland or in the classrooms. Biden took a stance in the 1970s, one I find immoral because of his siding with segregationists. I wish he would admit that those policy decisions were wrong because leaning on the idea of local control or state’s rights served a racist agenda led by a bunch of bigots.