Some Chicago young people got a huge surprise Tuesday afternoon when former President Barack Obama showed up to see what they’ve been up to this summer.

“My summer jobs were not this cool,” Obama told about 20 lucky teens and 20-somethings after they presented mobile apps they had designed and coded over the summer as part of One Summer Chicago, the city’s summer jobs and education program. 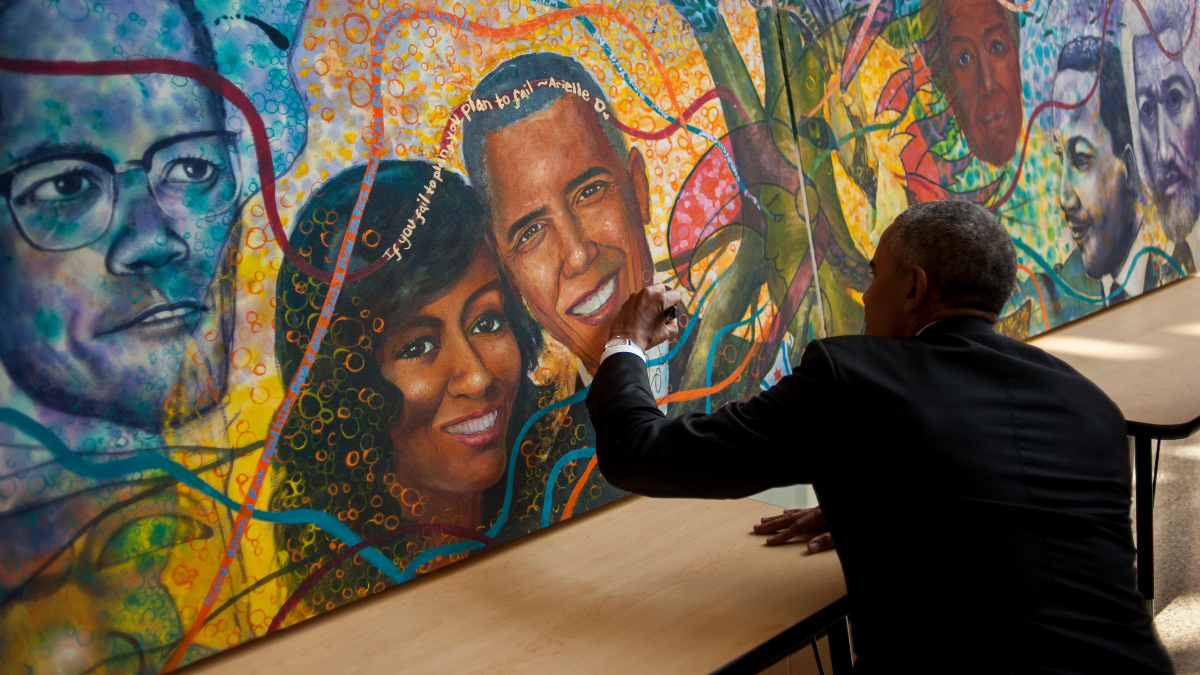 It took place at Solorio Academy, a Chicago public school on the city’s Southwest Side, one of about 10 sites that offered coding programs this summer. 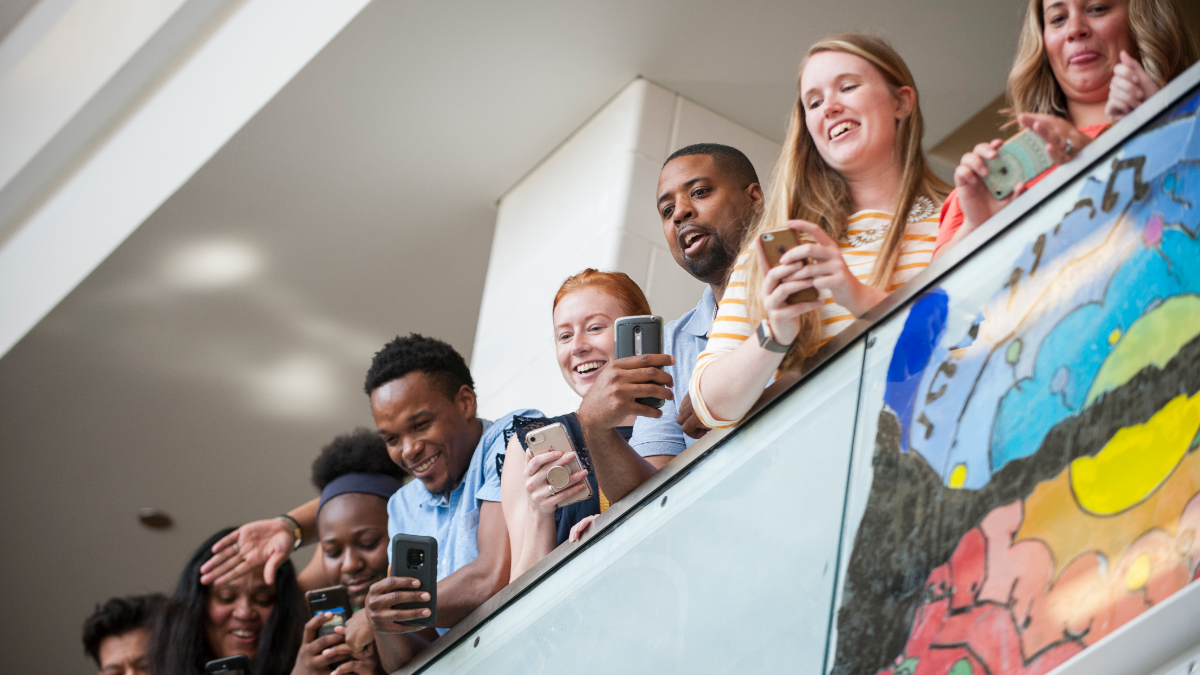 Obama told the young people his goal in supporting the program was “figuring out how to get a summer job that actually gives you some exposure to what might be possible.” For most of the session, he turned the tables and let young people answer and ask questions.

“I feel like this experience helped me get better communications skills,“ said Erika Hernandez, a student at Solorio. “Because before, in middle school, and even still in high school when I would have to do presentations, I would like try to hide,” she said. “I have a little bit more confidence now."

“No, you were smooth up there,” Obama told her to laughs. “You were hitting all your points.” The former president held court with the students for nearly an hour, dispatching life advice and talking about what it was like to host artists like Kendrick Lamar at the White House.

Obama was accompanied by Chicago Mayor Rahm Emanuel, who is facing re-election in February against a wide field of candidates. Emanuel served as Obama’s first chief of staff before leaving to run for mayor. 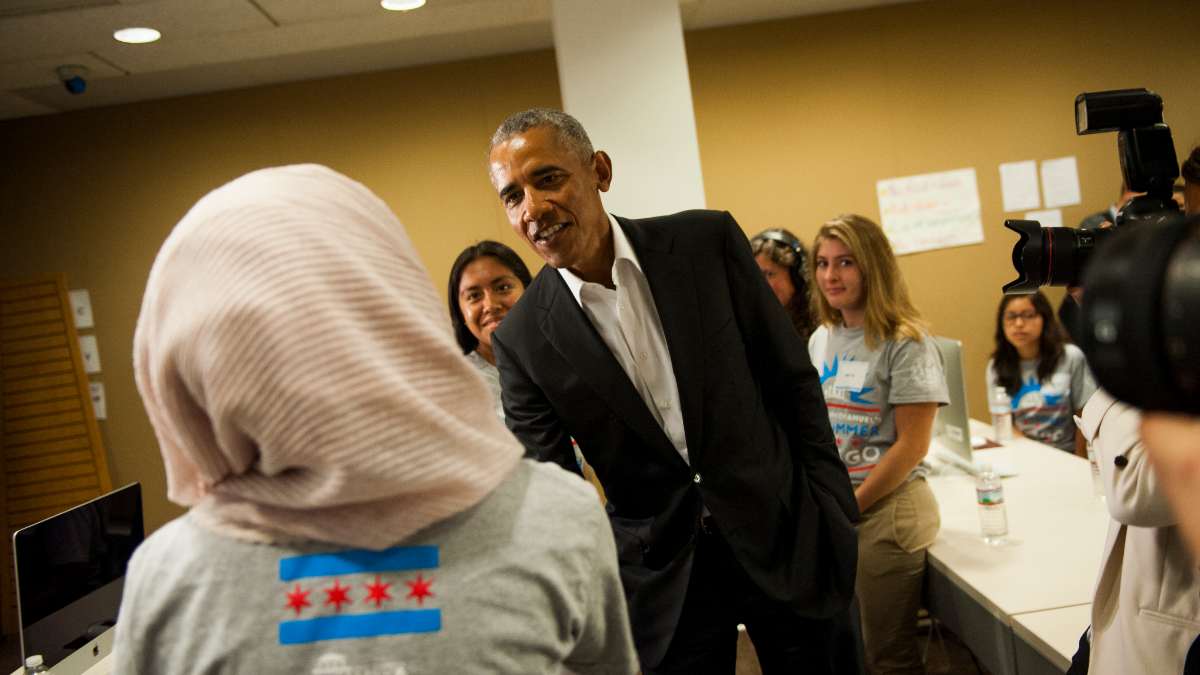 WBEZ was the only media outlet invited to cover the roundtable the former president held with students and agreed not to ask Obama any questions.

A little over a year ago, Obama announced he and Michelle Obama would “personally donate $2 million to our summer jobs programs here in the community so that right away, people can get to work, and we can start providing opportunity for them.”

The second $1 million went to the Chicagoland Workforce Funder Alliance, a group started by local foundations and businesses.

At the time, plans were being unveiled for the Obama Presidential Center. Studies have estimated the presidential center could generate thousands of jobs connected to construction and economic development in the area. But the Obamas said they wanted to do something more immediate to create jobs. 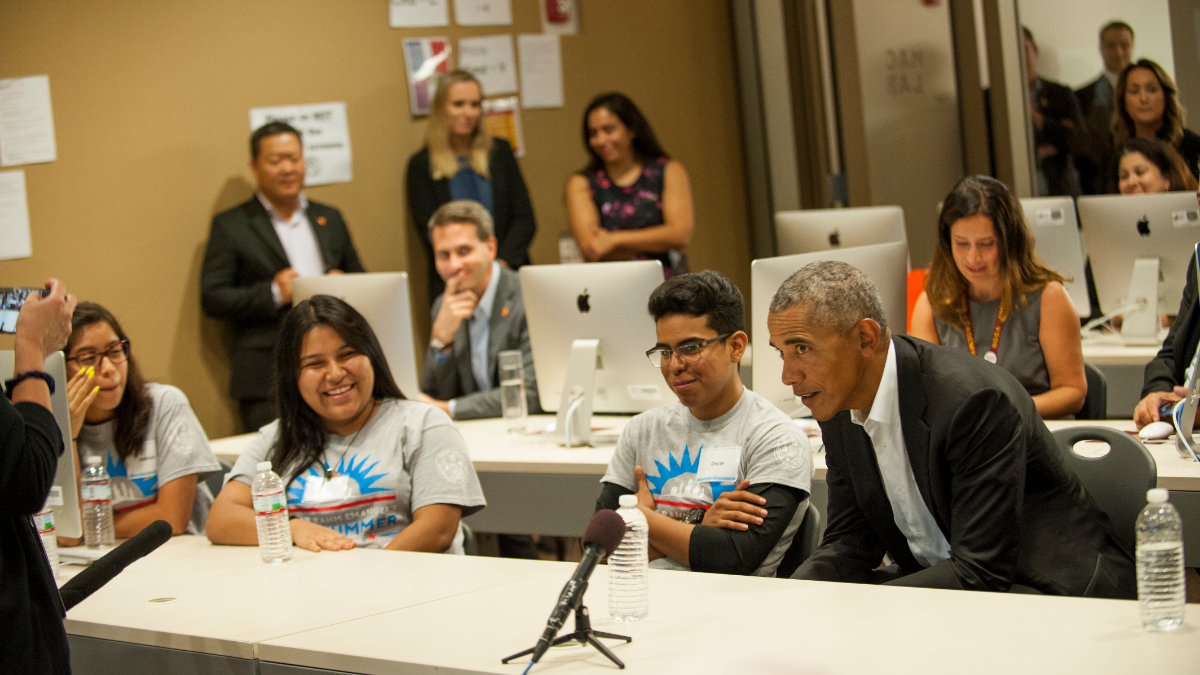 "We can't afford to wait four years to start working together, and so what Michelle and I want to do is start now," Obama said at the time.

One Summer Chicago is the city’s umbrella program for summer youth employment.  According to the program’s co-coordinator, Evelyn Benitez, the program served more than 32,000 young people this summer. She said 90 percent of program participants come from low-income families that qualify for free or reduced-priced lunch.

On voting: “I’m always confused when I hear young people say, ‘Oh, my vote doesn’t matter.’ Well, someone’s vote matters because that’s how folks get to Washington and in these positions of power. If you don’t vote, you’re basically giving your power away and people who may not reflect your views are making laws.”

On the power of music to bring people together: “Somebody may have an attitude about African Americans, but when they hear Motown, they’re all like ‘Oh yeah. I like that.” Or, we were just talking about immigrant rights, well, we had a Latino music night (at the White House) and Jennifer Lopez was there ... People start feeling it. And it’s a reminder that the strength of our country comes from all these different people and strands and ideas that get all mashed together.”

On showcasing a range of art and music in the White House: “If all young people are listening to hip-hop, and you never had any hip-hop there [in the White House], then you wouldn’t be speaking to the country. [It’s] the same way [with] the paintings we had up on the walls. Some of those are permanent collections. There are classic Monets and Cezannes. But we started saying, ‘Well, let’s get contemporary artists and let’s get women painters and African American painters and Latino painters.’ Let’s have that art represented so that people would feel as if this is all part of who we are.”

A lesson Obama wishes he’d learned earlier in life: “We have a society that tells you should be selfish and think about yourself all the time. And it turns out that the people who I think are happy are people — you know, they’re handling their business — but they’re also trying to figure out how do I have a broader, more positive impact. That’s a lesson I wish I would have learned a little earlier.”

Kate Grossman contributed to this story