This weekend, visitors to the Art Institute of Chicago can hear the sounds of Claude Monet, Georgia O’Keeffe and other artists.

The Art Institute is hosting the first-ever Midwinter, a three-night music festival co-created with Pitchfork. In addition to the live acts scheduled to play throughout the museum, eight galleries will feature original soundscapes inspired by the art on display.

"It’s creating more of a direct dialogue between the visual artworks in the museum’s collection, and some of the music that’ll be part of the Midwinter experience," said Michael Green, the associate director of live arts at the Art Institute.

One soundscape, called "The Flying Fix," was inspired by the hanging sculpture "Miss Expanding Universe" by Isamu Noguchi. Composers Tashi Wada and Julia Holter said they taped a photo of the sculpture above their studio in Los Angeles.

"Tashi had this idea that was really good of making the piece fly," said Holter. "Like, having sound that would somehow make the sculpture fly around the space, in a way."

"We sort of thought of the sculpture as a fixed point, and moving the landscape around the sculpture," added Wada. 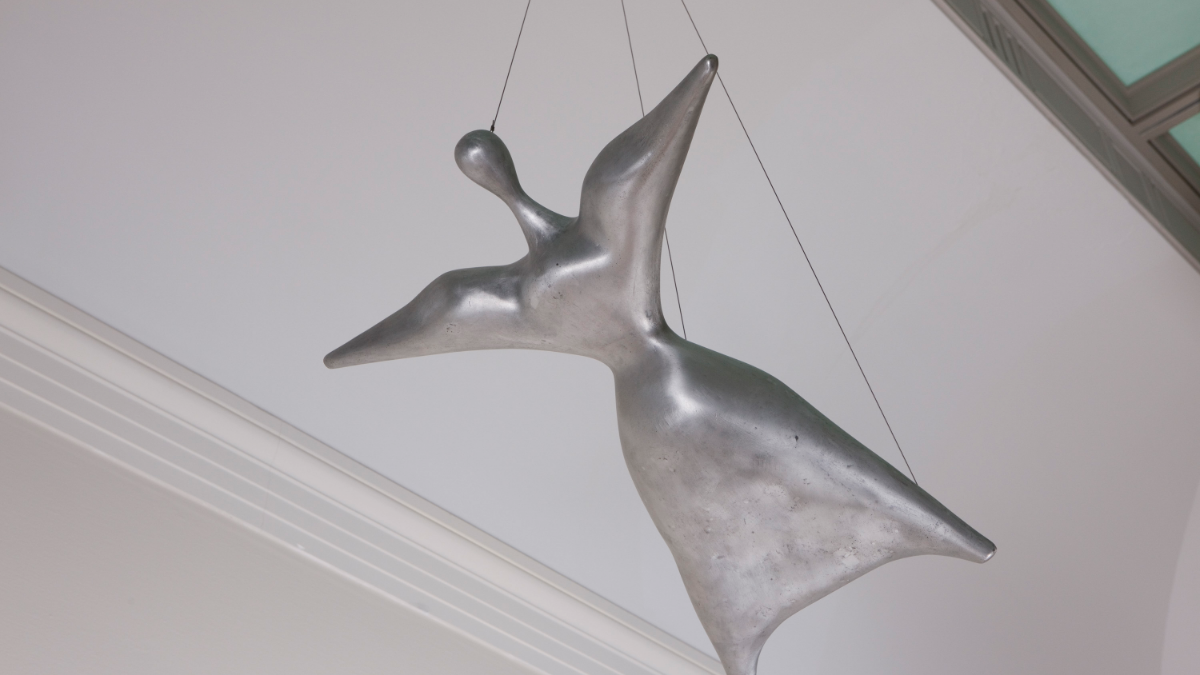 Some soundscapes, like Holter's and Wada’s, are based on specific pieces of art. Others are based on entire sections of the museum.

Japanese percussionist and composer Midori Takada created a piece inspired by a gallery of Japanese screens and ceramics. Ilyas Ahmed’s composition was inspired by galleries of Indian, Southeast Asian, Himalayan and Islamic art.

New York-based composer Nico Muhly made "Étretat Cycles" after two Monet paintings of the French seaside. He said his piece contains chords that flow "in an aquatic way," and suggestions of shifting light.

Muhly hopes the experience feels like walking through a museum with a tour guide.

"It should feel like listening to a conversation between two people, or between two forms of making art."