Facing possible termination, and with the mayor at his side, Chicago Public Schools CEO Forrest Claypool on Friday announced he is resigning.

Claypool stepped down one day after the school system’s inspector general called for him to be fired. In a blistering 90-page report, Inspector General Nicholas Schuler accused Claypool of orchestrating a “full-blown cover-up” meant to undercut an ethics probe of the school district’s chief lawyer.

An emotional Claypool spoke with pride during his resignation announcement about his work at CPS but admitted “serious errors in judgement.”

“I hope when this chapter of my story is written that people will say ‘even good men can make a stupid mistake, but that a 30-year career of integrity and accomplishment stands the test of time,’” Claypool said. “I look forward to the next chapter.” 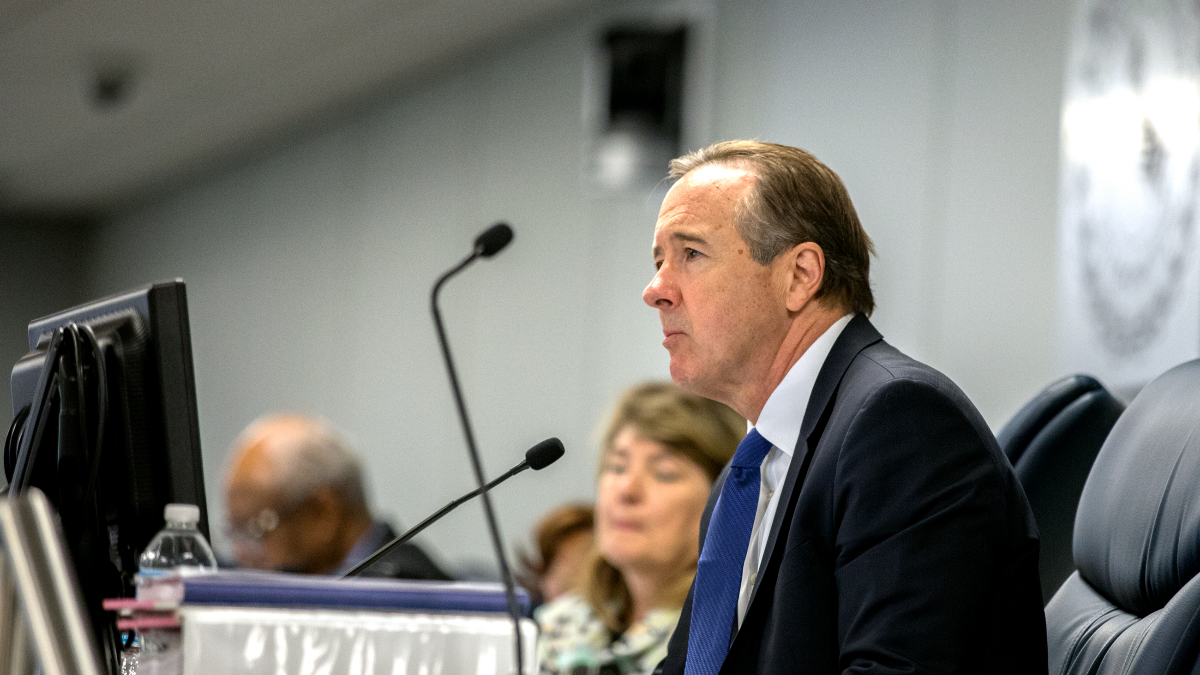 Chief Education Officer Janice Jackson was selected as interim CEO to replace Claypool, who steps down Dec. 31. The Chicago Board of Education will vote on her appointment next month.

The mayor and several others heaped praise on Claypool at the press conference, avoiding discussion of the investigation that led to his downfall. The crowd included School Board President Frank Clark, several principals and several ministers.

Emanuel called Claypool “courageous … He will always be my friend and he did a great job for the city of Chicago.”

Emanuel said that every institution Claypool touched during his decadeslong career in public service is better for it.

Ald. Howard Brookins (21st Ward), who heads the City Council's education committee, told WBEZ that Claypool made the right move by stepping down.

"I really think that there are a lot of good stories out there about CPS, and with Forrest out of the way, it won't be a distraction from people being able to hear those good stories," Brookins said.

And Ald. Pat O’Connor (40th Ward) said that after talking to the mayor earlier on Friday, it was his impression that Claypool was not forced out.

“I think that Mr. Claypool has arrived at this more or less independently,” O’Connor said.

In the long-awaited inspector report released Thursday, Schuler said Claypool “repeatedly lied,” and cited a “pattern of attorney shopping, record changing and lies to investigators” during his ethics probe.

“At every turn in this matter, Claypool kept making matters worse,” Schuler wrote as he made his case for the Chicago Public Schools board to terminate Claypool.

“Why would CPS employees tell the truth in other investigations — as required under board rules — if repeated lies by the head of the administration are not decisively punished?” he said.

Acasia Wilson Feinberg, head of the CPS teachers group Educators for Excellence-Chicago, said it was “incredibly unfortunate” that another CEO is “stepping down for violating the school system’s ethics code and quite frankly, the public’s trust.”

She said in a statement that her group was relieved to hear of educator Janice Jackson’s appointment: [We are] “heartened to hear that a former classroom teacher will be shepherding the district through this difficult time.” 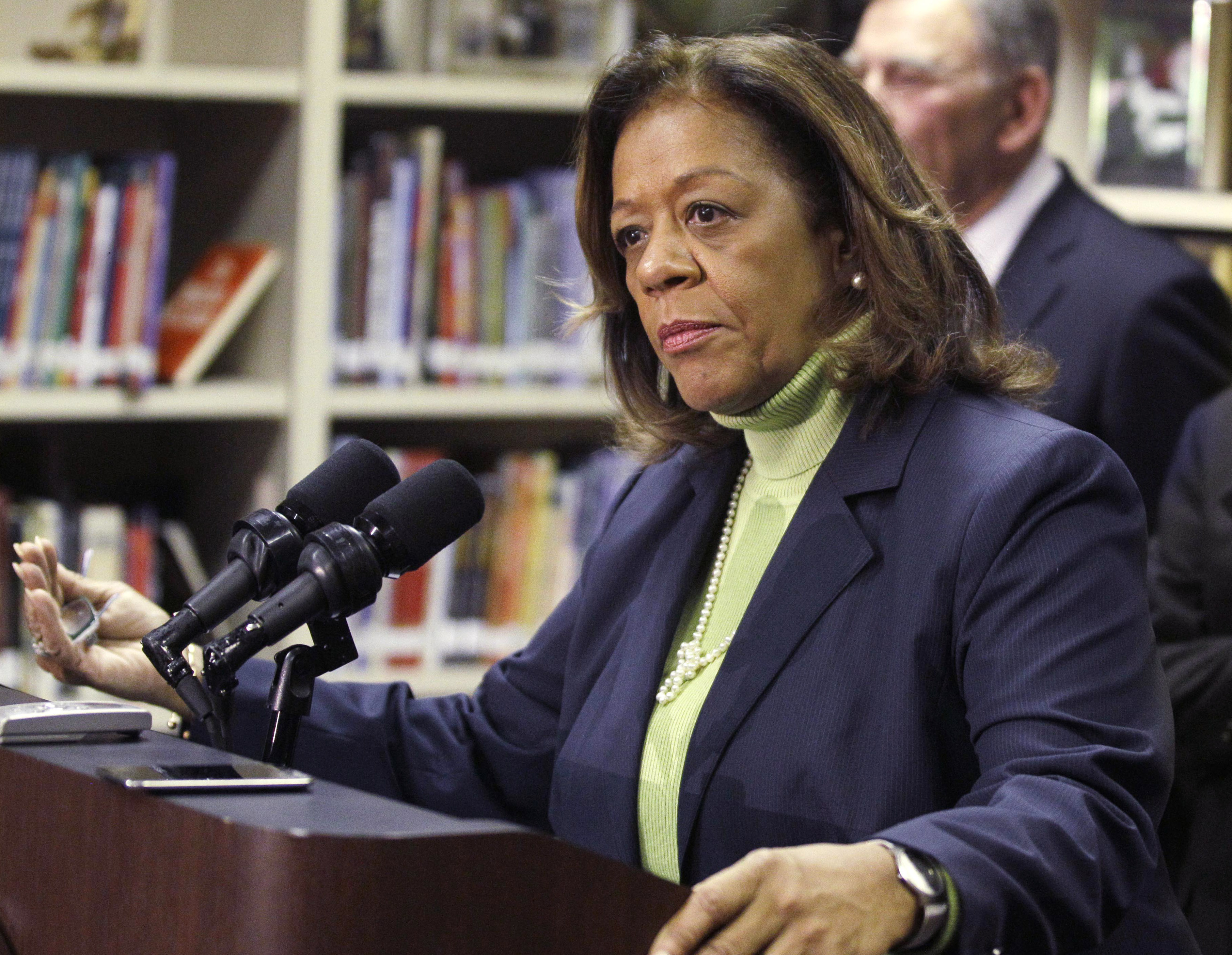 Claypool becomes the second CEO under Emanuel to leave the office under a cloud of scandal. Claypool’s predecessor, Barbara Byrd-Bennett, is currently in prison. Byrd-Bennett pleaded guilty in 2015 in a kickback scheme involving $23.5 million in no-bid contracts for her former employer.

Claypool was brought in during the summer of 2015 to clean up the school system, bringing with him a good government reputation and a history as a budget fixer.

He was twice chief of staff for Mayor Richard M. Daley and served as head of the Chicago Park District. Later, he was elected a Cook County commissioner and failed in his bid to become Cook County president and county assessor. He’s a lawyer by training.

During his tenure at CPS, the district avoided a second teachers strike, and he made significant budget cuts. Claypool fought aggressively for more state funding for the school system — including pushing for an unsuccessful lawsuit against the state by a law firm that was at the center of the inspector general’s ethics probe. Ultimately, a state school funding reform bill passed this summer brought millions of new dollars to CPS and a chance for much-needed financial stability.

The district also continued to make academic gains during Claypool’s years at CEO.

Jackson will be the fourth CEO under Emanuel, who has been in office since nearly seven years. Today’s ninth graders are on their ninth chief executive officer.

In the 16 years CPS was under the control of former Mayor Richard M. Daley, there were just three CEOs (not including a temporary chief who served a few months at the end of Daley’s tenure). 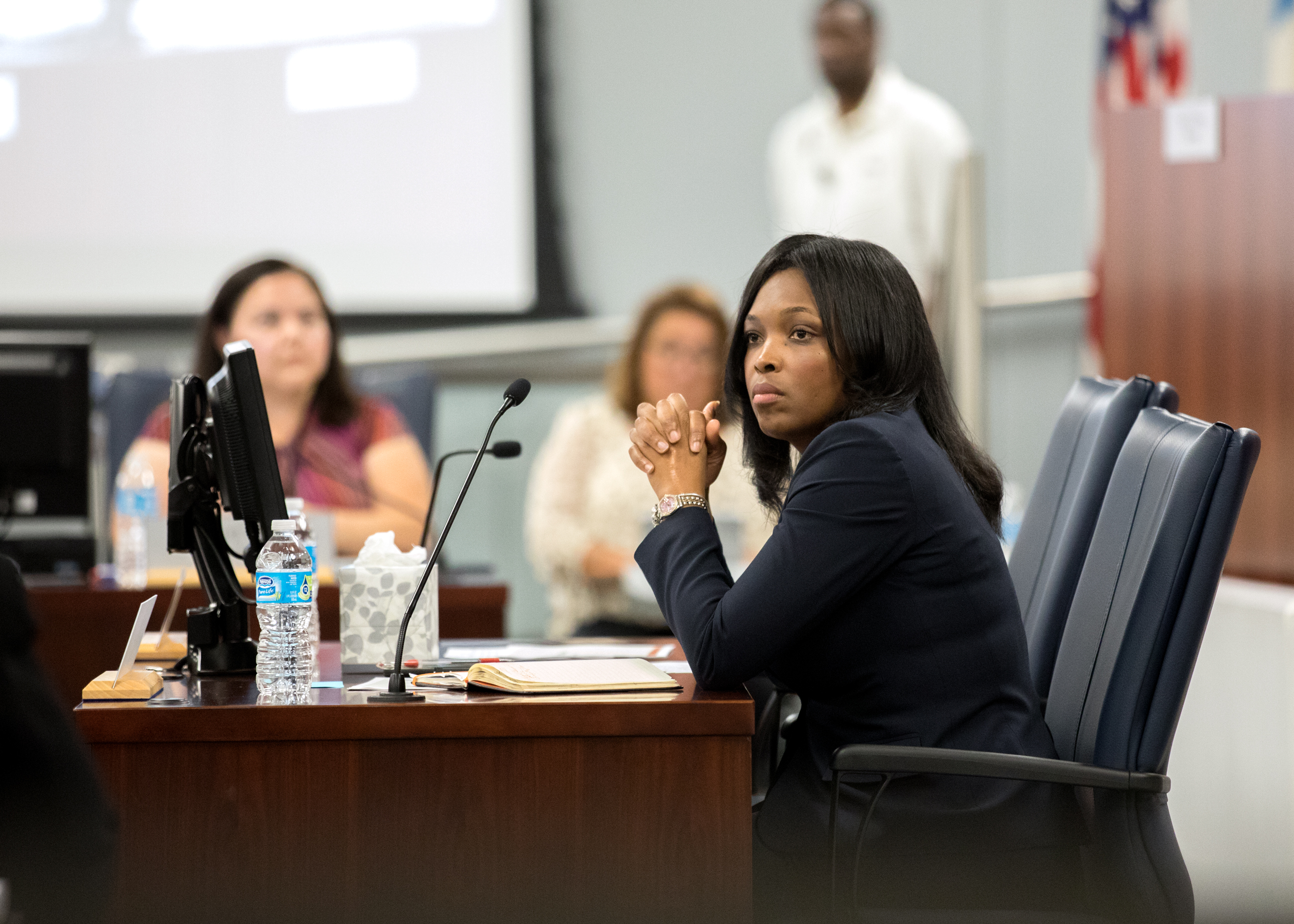 Janice Jackson is well aware of what the CEO job requires. She was named second in command at CPS at the same time Claypool was appointed in 2015. Before that, she ran a network of 26 city schools for the district.

It has long been assumed she was being groomed for the top job. She currently handles many of the big questions and press events about the school district.

Jackson is a former principal at two high schools and is well respected in CPS. She’s also a CPS graduate and a former high school social studies teacher. She has a master’s in history from Chicago State University and a PhD in education policy studies and urban school leadership from the University of Illinois at Chicago.

Jackson was named interim CEO but it’s expected she will later be named to the job on a permanent basis.

Senior Editor Alex Keefe contributed reporting for to this story. Follow him @akeefe.