Not long ago, Illinois Gov. Bruce Rauner said he wouldn’t have done anything differently when it came to the state’s response to deadly Legionnaires’ disease outbreaks at the Quincy veterans’ home.

But since those February comments, the Republican governor has, in fact, adopted a dramatically different approach to the public health crisis that has contributed to the deaths of 13 Illinois Veterans Home residents since 2015. And Rauner now has an entire legislative portfolio about to be delivered to his doorstep aimed at fixing the problem that’s beset his re-election campaign.

Before lawmakers ended their spring session Thursday, eight different measures won final legislative approval, headlined by a $53.1 million appropriation in the state budget to begin rebuilding the state’s largest and oldest veterans’ facility in Quincy. That’s where there have been outbreaks of Legionnaires’ — a form of waterborne pneumonia — in 2015, 2016, 2017, and 2018.

Lawmakers also voted to require residents and families be notified within one day of an outbreak of Legionnaires’ or other infectious diseases. And they voted to give families who lost loved ones at the home to Legionnaires’ a potential legal windfall, raising the state’s legal liability in those cases from $100,000 to $2 million.

“Thirteen people died over a period of three years. I grieve for these families because they lost their people,” said state Sen. Michael Hastings, a Frankfort Democrat who sponsored the measure boosting potential liability awards to the families. “This bill will give those people justice.”

A number of the bills still need Rauner’s signature in order to become law. He hasn’t said much about his position on them, save for the budget, which he signed Monday.

Those initiatives and others were triggered by an investigation that WBEZ launched last December. It spotlighted the Rauner administration’s problematic response to a 2015 outbreak that killed a dozen residents. It also detailed administration efforts to keep key documents about the crisis secret. 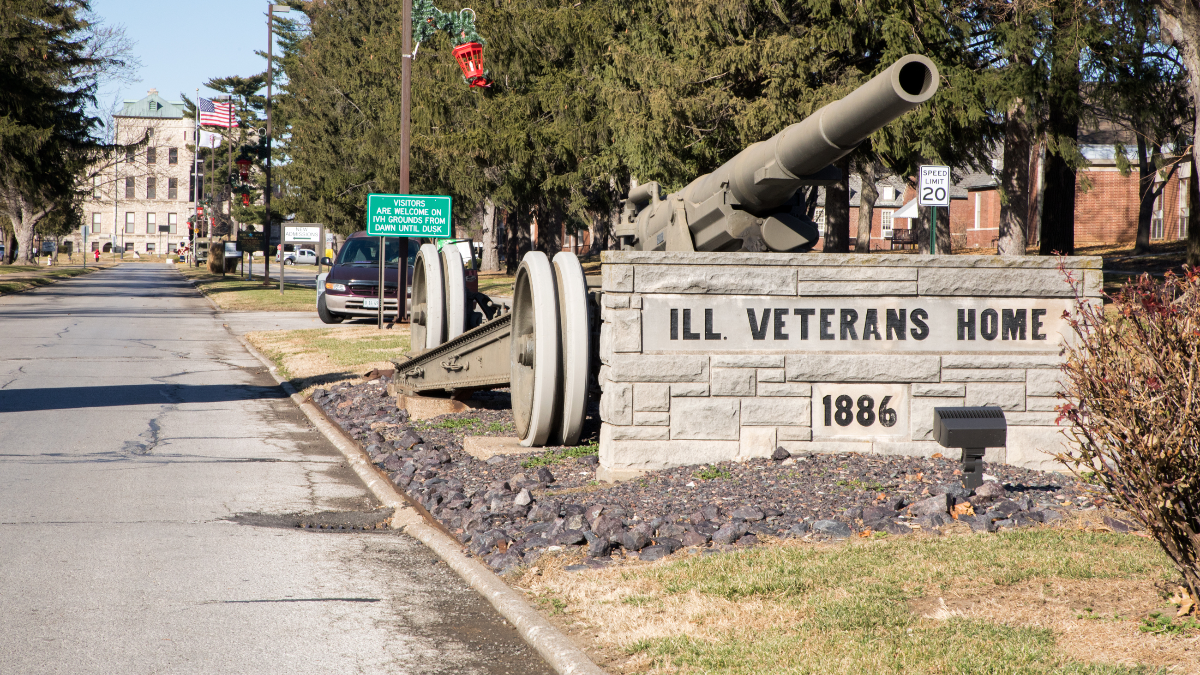 WBEZ was first to recount the experiences of some of the families who lost loved ones at Quincy. Eleven of them are suing the state, and their cases lay dormant and unpublicized in the Illinois Court of Claims for about 18 months before WBEZ’s reporting.

A common thread in many of them was that the facility allegedly withheld information from family members about a spreading Legionnaires’ epidemic even as their parents were sick and dying. Staff at the home got sick, too, with some saying they learned of the outbreak on the local news. And emails uncovered by WBEZ show the state waited six days to inform the public after first confirming the epidemic.

Legislative hearings followed WBEZ’s initial report, and Rauner and his wife made an extended stay at the home in January to demonstrate it was safe. But a month later, four more residents got sick from Legionnaires’, including an Air Force veteran Rauner had befriended and hosted as a guest at his State of the State address.

In late April, the Rauner appointee who oversaw the home abruptly announced her resignation. And gradually, Rauner’s position evolved away from arguing the home had some of the safest water in Illinois. In early May, his administration outlined a plan for a $245 million reconstruction of the facility, saying that was the only real way to contain the waterborne bacteria that causes Legionnaires’.

“It was a horrible discovery, and a lot of it done by the investigative reporting at public radio,” said Senate President John Cullerton, a Chicago Democrat, when asked about the revelations involving the facility.

“And as a result, we responded quickly to try to uncover what was happening … and respond accordingly with appropriations. It’s appropriate. We wanted to make sure whatever led to it doesn’t happen again,” he said.

Here’s a quick rundown of the Quincy-related legislation that passed during the legislative session and what they would do: