Newly disclosed records from the office of Illinois Gov. Bruce Rauner document a pattern by the state of slow-walking and soft-pedaling bad news about deadly outbreaks of Legionnaires’ disease at a state-run home for war veterans in downstate Quincy.

That pattern began with Rauner’s office early on putting a kibosh on informing the public about a 2015 Legionnaires’ disease outbreak that killed a dozen residents at the veterans’ home, state records show.

The revelation marks the first time evidence has emerged that the governor’s office itself played a direct role in the six-day lag between when state officials knew a Legionnaires’ outbreak had overtaken the Illinois Veterans Home and when residents, their families, and the public were told about it.

Every year of Rauner’s term has seen new Legionnaires’ cases in Quincy. The deaths of 14 residents have been tied to Legionnaires’ since 2015, and nearly 70 residents and staff have been sickened. The issue has become an albatross for the governor in his re-election bid. 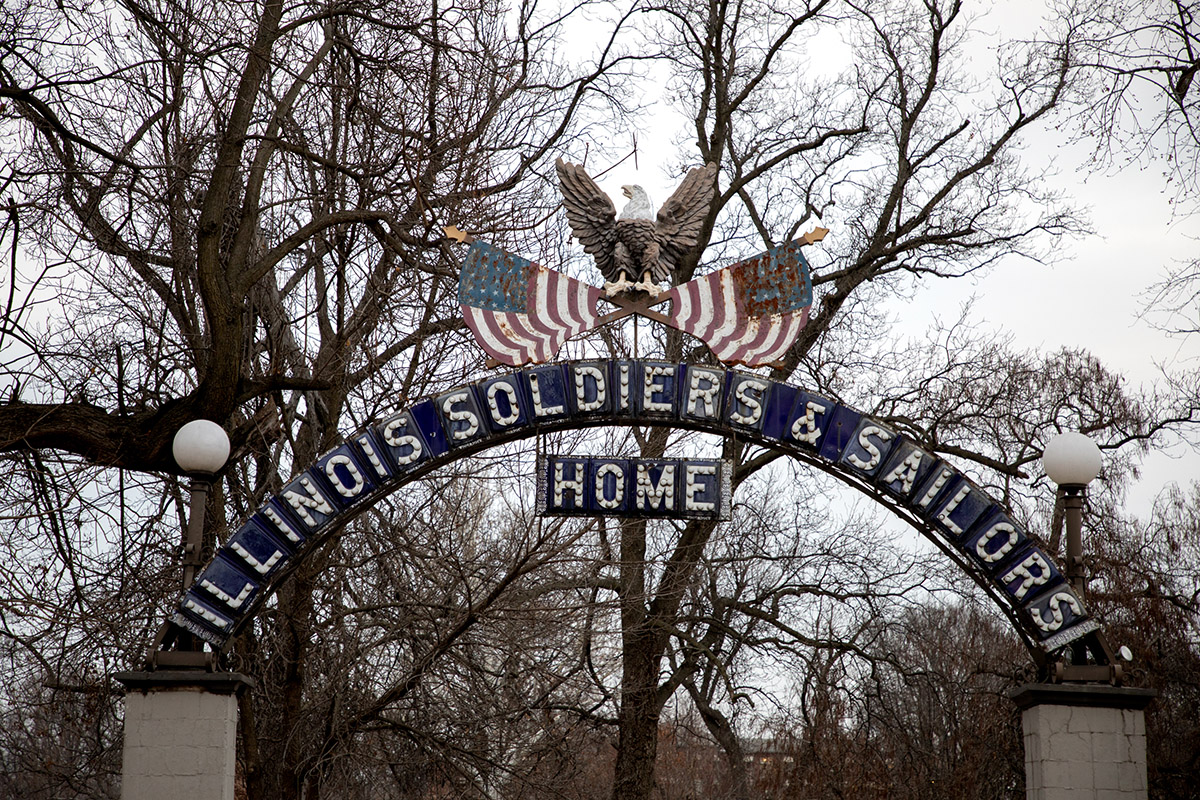 State records obtained by WBEZ show that Rauner’s administration waited weeks and, in some cases, months in 2016 and 2017 to publicly acknowledge individual Legionnaires’ cases at the home.

One top official at the home went so far as to warn staff at the facility to tread carefully when talking about Legionnaires’ because he saw it having a potential impact on economic development and tourism for Quincy, the records show.

Rauner’s office defends the administration’s performance in handling outbreaks at Quincy, insisting the state strictly adhered to recommendations from the Centers for Disease Control and has undertaken steps that “go beyond” what the federal public health agency advised.

Additionally, a top Rauner aide vouched for the administration’s commitment to proper public notice of Legionnaires’ outbreaks at Quincy during every year of his term.

“Our focus from the beginning has been caring for our veterans and ensuring their safety,” Rauner spokeswoman Beth Tomev said in a written statement. “We have regularly communicated with residents, staff, family members and the general public throughout the past three years.”

The series of unreported disclosures comes from almost 50,000 documents the state turned over since May in response to an open-records request by WBEZ for emails related to the Legionnaires’ outbreaks. Many documents were partially, if not wholly, blacked out by the governor’s legal team.

Some of the details that broke through the black ink are drawing new criticism from a nationally recognized infectious disease expert and prompting one Democratic lawmaker instrumental in establishing a state disease notification law to call for a criminal investigation.

“All aspects of this need to be looked at through the criminal process, whether it be manslaughter, neglect, you name it,” said state Rep. Stephanie Kifowit, an Aurora Democrat and chief House sponsor of the disease notification bill.

WBEZ has previously reported that the state’s public health director, Nirav Shah, said waiting six days before informing the public about the first pair of confirmed Legionnaires’ cases at the home in August 2015 fell within “our typical reporting protocol.” Last December, an infectious disease authority interviewed by WBEZ described the delay as “mind-boggling.”

Until now, it wasn’t known that Rauner’s office itself played a role in that six-day delay in 2015 when the state held knowledge that a Legionnaires’ epidemic had taken root but didn’t tell residents, their families, or the public. During that period, people were getting sick without understanding why.

“I do not think we need to issue a statement to the media. Let’s hold and see if we receive any reporter inquiries,” she said.

Walters, who is now deputy press secretary for President Donald Trump, did not answer questions from WBEZ, instead referring inquiries to the governor’s office.

Rauner’s office justified its involvement in the timing of a public notifications.

“While quality patient care is our prime responsibility, there were internal discussions on the timing of press releases, inquiries about status of draft releases, review and coordination for timely public notification,” Tomev said.

The first formal press release about the 2015 crisis wouldn’t be issued by the state until almost two days after Walters weighed in, and there was no evidence of pushback to that strategy from Shah, then-Veterans’ Affairs Director Erica Jeffries, or their aides. 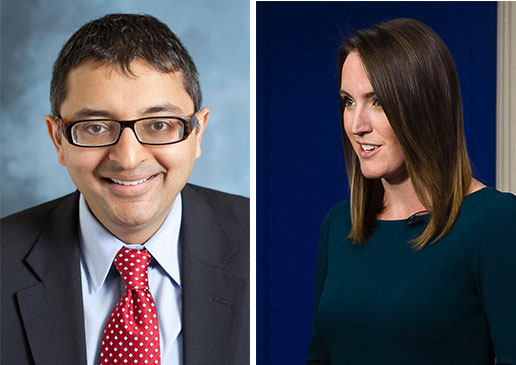 By Aug. 25th, one resident had already died of Legionnaires’, and at least three others who would go on to die had begun displaying symptoms of the illness. Seventeen residents and staff had pneumonia-like symptoms that were suspected to be Legionnaires’, state records show.

A nationally recognized infectious disease specialist said the governor’s office had no business weighing in on when the public should have been notified about the 2015 outbreak.

“When politicians meddle in outbreaks, there are extraneous considerations that distract the people trying to work on the outbreak, and basically, you see efforts to manage the outbreak like a political crisis rather than manage it like the infectious disease emergency that it is,” he said.

The motivation behind Walters’ push to stall press staff in agencies overseeing the crisis is not clear.

The facility would go on to host two all-staff meetings around the time of Walters’ email, but the union representing workers had unanswered questions that Shah himself seemed reluctant to answer despite being the state’s top public health official. Instead, he recommended steering the union to the governor’s office for more information, emails show.

“Weighing in here is not our job,” Shah wrote to his top press aide and other public health staffers on Sept. 2, 2015.

The facility was hit with additional Legionnaires’ cases the following year and, again, the state kept the public in the dark, records reviewed by WBEZ show.

On April 18, 2016, a woman who volunteered in a kitchen at the home and used a dishwashing sprayer there was diagnosed with Legionnaires’. The home removed the sink and sprayer she was using and flushed the building’s water system. Eleven days would pass before the diagnosis was acknowledged with a state press release that emphasized multiple times there was no proven linkage between the case and the veterans’ home.

In all, there were five Legionnaires’ cases later attributed to the home in 2016. The home’s administrator, Troy Culbertson, addressed the newest outbreak at a Sept. 29, 2016 all-staff meeting in which he insisted “no one is hiding information.” He nonetheless cautioned workers to be mindful of what they said about Legionnaires’.

“We have a big responsibility. What we say and how we say it is very important. There is a responsibility to public safety, to economic development in the Quincy area and tourism,” he said, according to a summary of that meeting obtained by WBEZ.

Culbertson’s admonition came despite officials at the home knowing that Legionella was still lurking at practically every turn in the facility’s water system. Between April and June 2016, testing within the home’s water system found the bacteria that causes Legionnaires’ between 42 percent and 90 percent of the time, state records show.

Culbertson declined an interview request made by WBEZ through the Illinois Department of Veterans’ Affairs press office. A spokesman stressed that Culbertson was underscoring to staff how their words “could be interpreted in many different ways.”

“Mr. Culbertson clearly stated to staff that no one was hiding information,” Veterans’ Affairs spokesman Dave MacDonna said in an emailed statement.

And yet again, in 2017, when more people got sick from Legionnaires’, the state took months to share the news. Cases emerged in March, May and September of last year, but there was no public acknowledgement of those cases by the state until WBEZ pressed the question last December.

That’s a delay Adalja, with the John Hopkins Center for Health Security, said is inexplicable. Given the home’s track record, he said the facility should publicize each Legionnaires’ case — not just when they appear in clusters — because the public is entitled to know.

“It really is surprising to me that in a facility that had been plagued with Legionnaires’ disease in the past, that aggressive reporting isn’t the norm,” he said. “You really would expect very rapid, transparent communication with press releases and people being really kept up to date with the number of cases immediately as they’re diagnosed.”

In October of last year, more people at the home got sick. 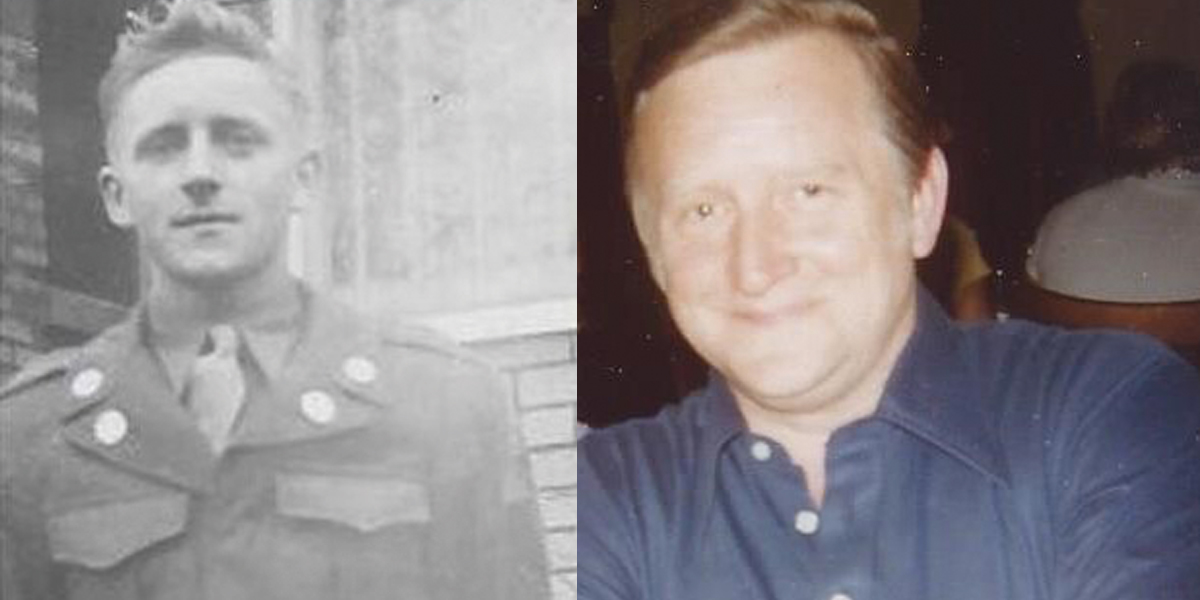 No written press release was issued about the two October cases, though a draft press release circulated to the Adams County Health Department alluded to the undisclosed cases earlier in the year, records show. That release never was made public.

Instead, the state initially called media outlets only in Quincy to report just the two October cases. That outreach didn’t happen until about four days after the second positive case that month, records show.

Dehn — whose estate is suing the state, the home’s medical director, and Blessing Hospital in Quincy — originally resided in DuPage County, and his two surviving sons still live in the Chicago area.

The lawyer representing one of Dehn’s sons said the family could have considered alternative care options for their father had they known of earlier cases of Legionnaires’ at the home.

“His family being aware that he was in a facility for which there is a recent outbreak of Legionnaires’ disease would be critical information for them to have as far as making decisions for his health care,” Chicago lawyer Steven K. Jambois told WBEZ.

In a statement to WBEZ, Shah, the public health director, defended his agency’s response to the numerous outbreaks at Quincy, noting that after learning of a second confirmed case in 2015, it immediately recommended a series of water management steps at the home that “limited residents’ exposure” to Legionella.

“IDPH responds to outbreaks in a quick and coordinated fashion because of the preparing, planning and training that goes into the numerous outbreaks we manage every year,” he said.

The notification law that Kifowit, the lawmaker from far west-suburban Aurora, helped champion and that stemmed from reporting by WBEZ would require state veterans’ facilities moving forward to publicize any infectious disease outbreaks, including Legionnaires’, if two or more people are afflicted within a month.

In late July, Rauner signed that law without any public comment.

Even with that law, Rauner has defended his administration’s handling of the outbreaks.

In fact, one of the documents obtained by WBEZ demonstrates how refusing to acknowledge failure was a common theme within the administration. In a 2015 report, Shah thought his agency’s handling of  outbreaks that year was one of his greatest accomplishments for the year.

A top Rauner aide had asked every agency director to list significant achievements for the preceding calendar year. Shah started his list by writing how his agency had “successfully navigated” a series of outbreaks, including the Legionnaires’ crisis in Quincy in which 12 residents died.

The Quincy outbreak could have “spiraled out of control were it not for the decisive, coordinated response led by [the Illinois Department of Public Health],” he wrote.

“In public health, we often claim credit for the bullets that we dodge,” Shah wrote.

Editor's note: Lindsay Walters was a deputy press secretary in the Rauner administration.