Northwestern University is helping NASA predict whether astronauts will be good roommates on future missions to Mars.

Crews making the round-trip voyage to the red planet could traverse 250 million miles over a three-year period in a vessel roughly the size of a studio apartment. NASA’s current plan is to send humans to Mars in the 2030s.

Through five NASA-funded studies, Northwestern researchers are developing a model that would forecast conflicts and communication breakdowns between astronauts in such a tight, isolated space.

Some of the studies have examined mock crews in a simulator structure at Houston’s Johnson Space Center. The studies mimicked the isolation, sleep deprivation, and delayed communication to and from Earth experienced in deep space.

“Once you decide on a team that is going to Mars, we need to make sure that this team is going to work effectively and not be ready to kill one another — metaphorically,” said Northwestern professor Noshir Contractor, one of the project’s lead researchers.

Contractor, whose research focuses on network analysis and computational social science, emphasized that, during a Mars mission, there is no exit strategy.

Adding to a crew’s limited technical and social support would be its delayed communication with Earth. Messages to and from mission control, a space crew’s technical support team, would be delayed by three to 20 minutes. 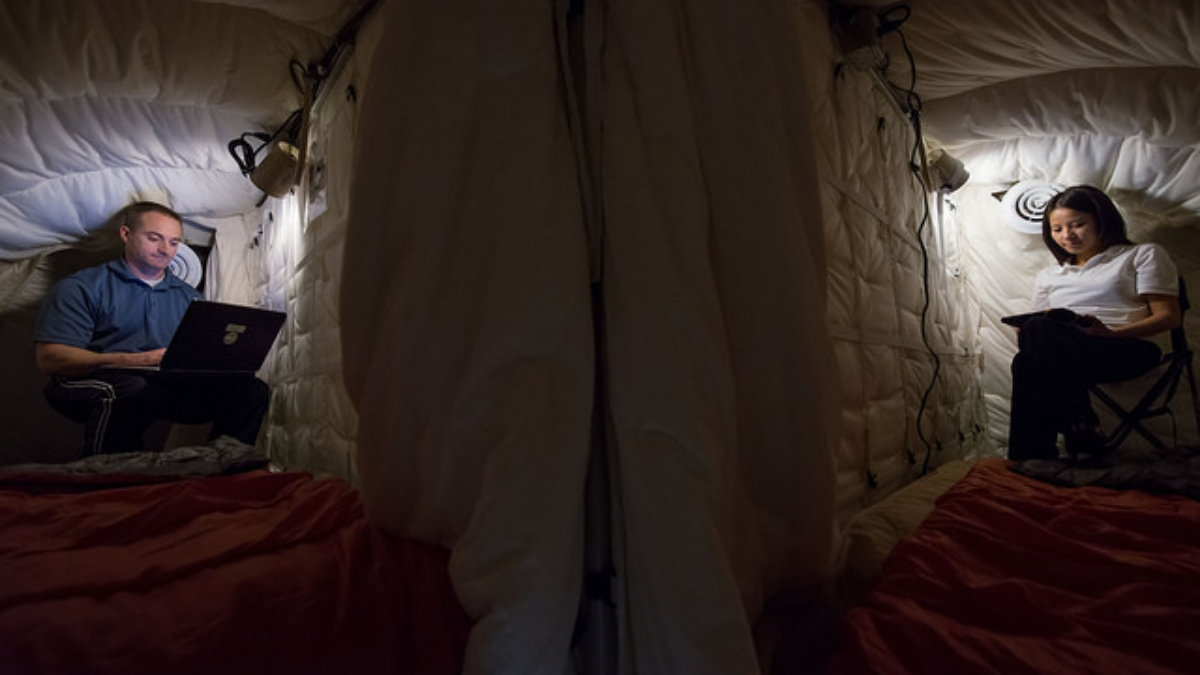 “The sheer distance that’s involved in sending a human team to Mars means that team is going to have to be largely autonomous,” said Leslie DeChurch, also a lead researcher and professor at the Northwestern School of Communication. Her work focuses on team performance, psychology and social interactions.

The researchers are collecting metrics about individual performance, moods and psychosocial adaptation. They measure things like sense of humor and decision-making to see how well astronauts might get along with each other in extreme conditions.

​Opportunities to go to Mars are very limited, so picking the right team and having it ready for launch will be essential to a mission's success.

“Because of the different orbits of Mars and Earth, there are five days in a 10-year period where you actually could launch a ship [to Mars], given current technologies,” DeChurch said.

One of the project’s latest studies is underway with a mock crew in Russia simulating a 120-day fictional mission around the moon and a moon landing.

Northwestern’s overall project for NASA has no specified end date as the space agency moves ahead with plans to send humans to Mars.

Marley Arechiga is a news intern for WBEZ. Follow her @marleyarechiga