For generations, Chicago’s South Side has been home to many black working- and middle-class neighborhoods.

But from Pill Hill to Park Manor, residents are aging and younger families aren’t moving in at a steady pace. Without new homebuyers, these communities are at risk for vacancy and decline.

Demographer Rob Paral’s data analysis shows that, citywide, the African-American population of 65 and older is growing at a faster clip than non-blacks in the city. The city’s median age is 34. In many black neighborhoods, it’s a decade higher.

Plus, Chicago has seen a significant loss of black population since 2000 for a number of complicated reasons — people moving for suburban life, for better jobs, education, and safety. The Chicago Metropolitan Agency for Planning (CMAP) found housing vacancies at about 13 percent citywide. In some middle-class black neighborhoods on the South Side, it’s more like 19 percent. 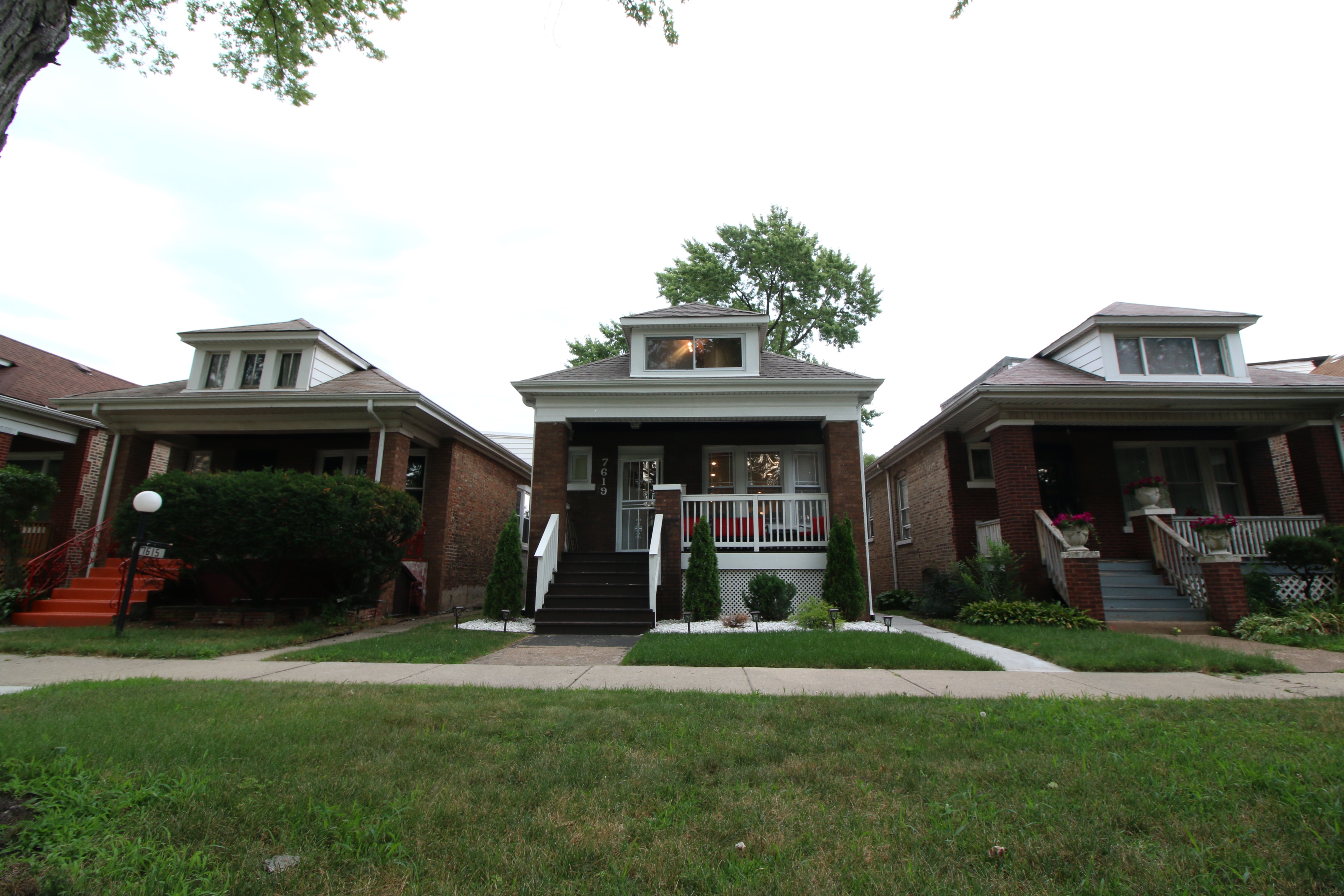 David Doig, president of Chicago Neighborhood Initiatives, a community development nonprofit, said the fill-in of new families isn’t happening in black middle-class areas the way it has with other ethnic groups in other parts of the city.

“Whereas in more white Latino communities, it seems the backfill happens,” Doig said. “In Little Village or Pilsen or Humboldt Park, the market tends to absorb those new residents, and certainly if you look on the North Side in the white ethnic wards, those markets tend be absorbing more of those millennials as they come back.”

Doig’s group works to bring retail to black neighborhoods like Pullman, for instance.  Basic things like grocery stores, shopping — amenities that families want nearby. Doig and others are eager to keep neighborhoods vital, with homeowners of any background.  But race is an issue.

These neighborhoods didn’t always look like they do now. In the 1950s, white families began leaving some South Side neighborhoods when their new neighbors, descendants of the Great Migration, were a different skin color.

Nedra Sims Fears wants to make East 75th Street a downtown for the Chatham neighborhood. She’s the executive director of the nonprofit Greater Chatham Initiative. Its mission is to attract families and businesses to Chatham and the nearby communities of Avalon Park, Greater Grand Crossing, and Auburn Gresham.

“Where we have seen this deep trough of loss is of those people between 18 and 50,” Fears said.

“So that Chatham is not your grandmother’s Chatham but is today’s generation’s Chatham. We’re doing that kind of remix,” Fears said.

The neighborhood has not recovered from the recent housing crash, but Fears notices a promising trend. Higher-priced homes — $175,000 and higher — sell in half the time.

“I know that Chatham was the place where African-American, middle-class families, when [they were] ready to settle down and find a nice house or nice bungalow, moved [to]. … That’s just what you did pretty much more so [in] my grandparents’ day,” Saffold said. “Now, for example, my friend, when I told her I was looking to buying a building in Chatham, she said, ‘Why would you go and do that? You’re going to get shot.’”

She said if an intervention doesn’t happen to improve that image, history and legacy will be lost.

Still, middle-class life flourishes in these neighborhoods. Next-door neighbors who shovel snow without asking. Homeowners who meticulously care for their lawns as if they are competing for “Garden of the Year.” One would be hard pressed to find firmly planted block-club signs in non-black neighborhoods. The ones that welcome you to the block and then admonish you with lists of rules: no loitering, no carwashing, no speeding, no loud music. 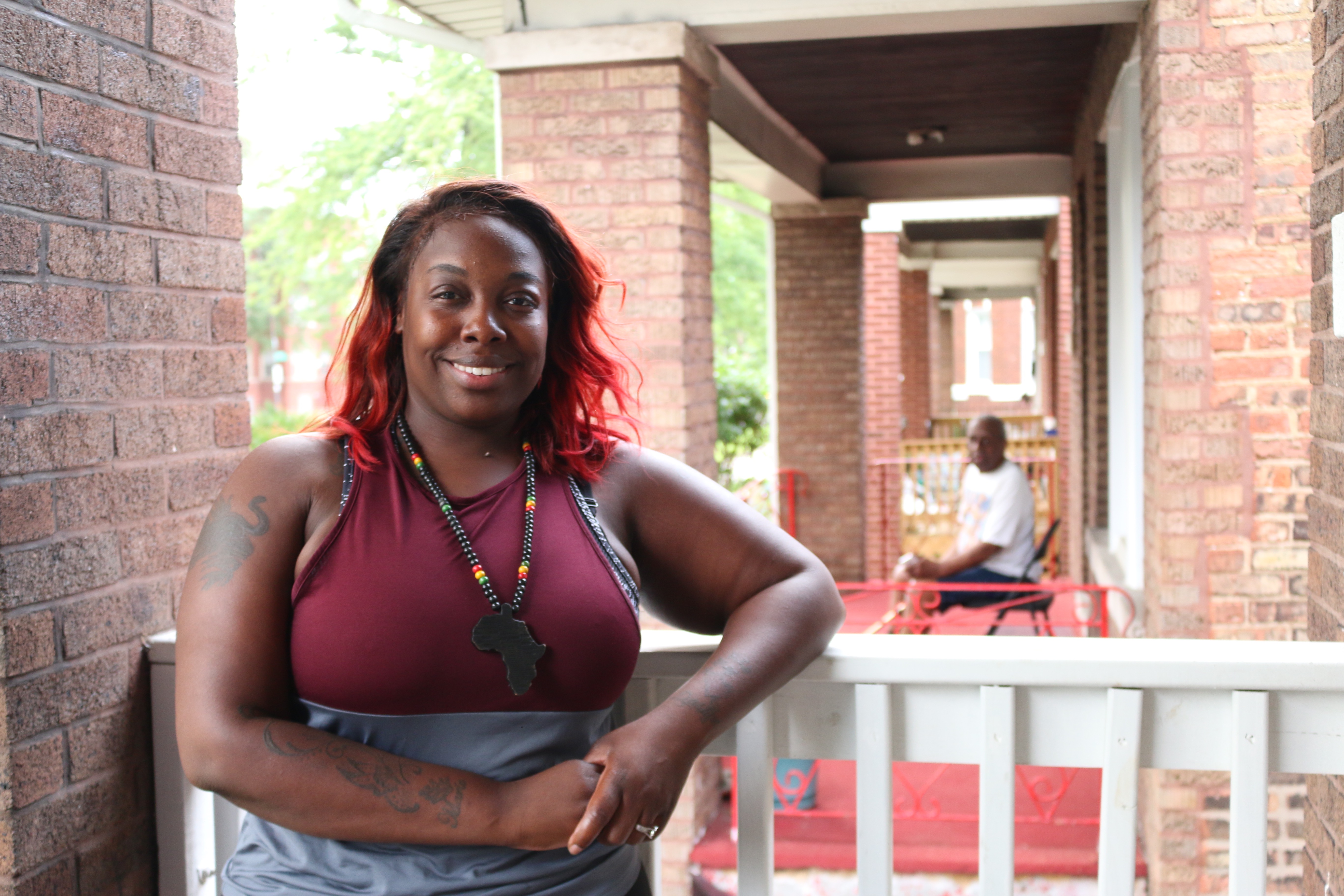 And some new buyers are paying attention. Lakeisha Barnes closed on a $189,000 four-bedroom brick home in Chatham last November. She lives with her grandmother and 10-year-old son. The home is the center of family functions and holidays. The 32-year-old dental hygienist said she’s the youngest person on the block.

Barnes said she wishes there were more activities for her son, but other than that, she’s happy with Chatham. A recent incident solidified her appreciation for the neighborhood. She left home for a few hours and forgot to close the garage door.

“I came back and everything was gone out of it,” Barnes said. “I’m in the car, crying. I get out the car, and all my stuff was in the yard and covered up. My neighbor had taken everything inside and covered it up for me. I screamed, ‘I love Chatham.’”

“We see this area right around the train station as a magnet and access point to jobs, education and economic opportunity,” said Melvin Thompson, executive director of The Endeleo Institute. It’s the community development arm of Trinity United Church of Christ on 95th Street in the Washington Heights neighborhood.

Thompson walks the block pointing to a row of empty lots that are adjacent to well-kept homes. The Endeleo Institute is developing foreclosed homes through the Cook County Land Bank.

Chicago State University is on 95th Street in the opposite direction. Thompson said there could be opportunity, for example, to lure students and recent graduates from the graduate pharmacy school.  He envisions a mini-college town with cooperative housing and young people considering Washington Heights as a place to purchase a starter home. There’s potential synergy between a senior and younger population.

Meanwhile, developer Esther Williams promotes the quiet, tree-lined beauty of these neighborhoods. She’s a South Side native, and full disclosure, was my real estate agent several years ago. Williams is rehabbing an oversized bungalow on 76th Street and Winchester Avenue in Auburn Gresham.

Williams installs all the HGTV-style features to her homes that buyers expect these days, such as an open concept floor plan, marble in the master bathroom and white kitchen cabinets. She plans to list the 3,000 square-foot, five-bedroom home for $225,000.

“This same house on the North Side — in Lincoln Park or Andersonville or Logan Square — would probably be about $700,000,” Williams said.

Williams knows she’s fighting against stereotypes people hold about the South Side.

Natalie Moore is WBEZ’s South Side reporter. Follow her @natalieymoore.