These two neighboring buildings in Bronzeville couldn’t look more different. But the stone mansion and neighboring steel-and-glass office building have a shared history.

Built nine decades apart, each has served as the headquarters for the Chicago Urban League, a nonprofit that advocates for things like education, employment, and housing. The group called the mansion home from the 1960s until it moved into the office building in January 1984.

What’s That Building fan Vince Dixon asked about the more modern one, which stands out among the older brick and stone residential structures, but we decided to look at both buildings because of their connection to South Side advocacy groups. 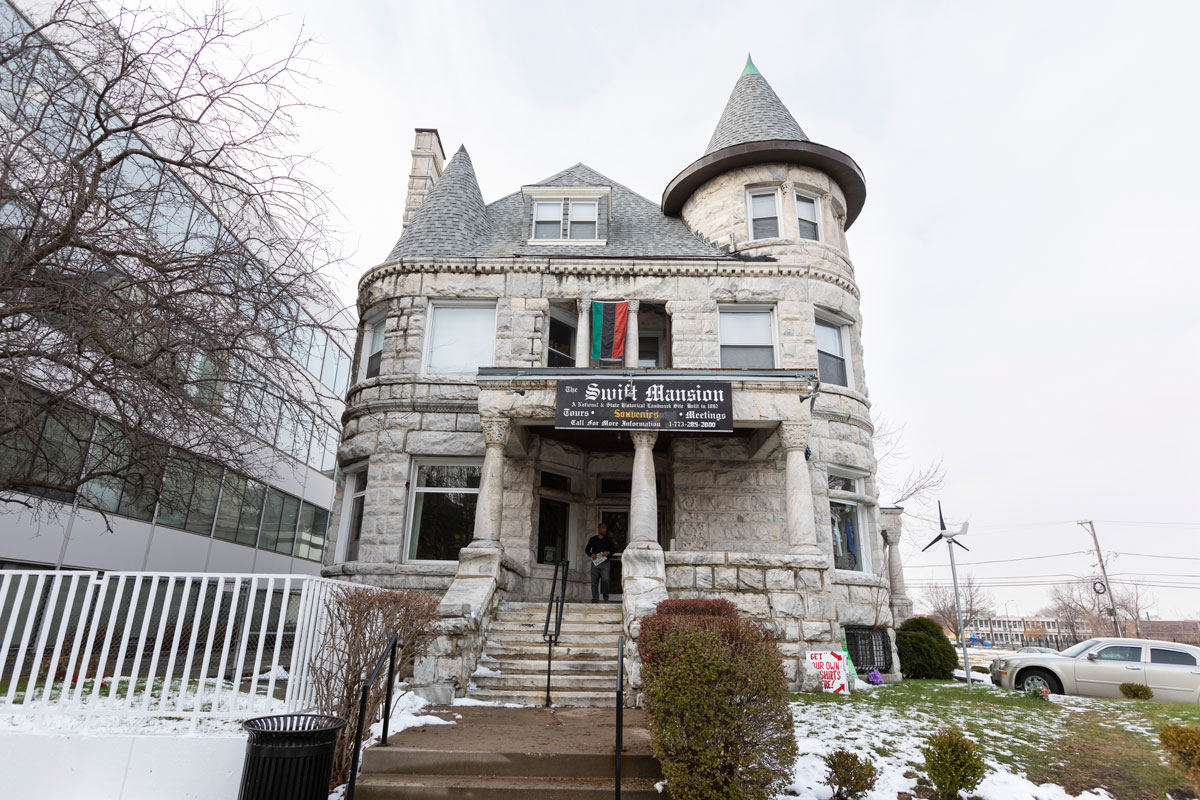 Meatpacker Gustavus Swift built the mansion in 1893 for his daughter, Helen, when she married Edward Morris, whose father founded a rival meat packing company.

The couple kept the large greystone for about a dozen years, then moved to an even grander mansion on Drexel Boulevard. In the mid-20th century, the Swift Mansion was converted into a funeral parlor until it became home to the Chicago Urban League in the ’60s. 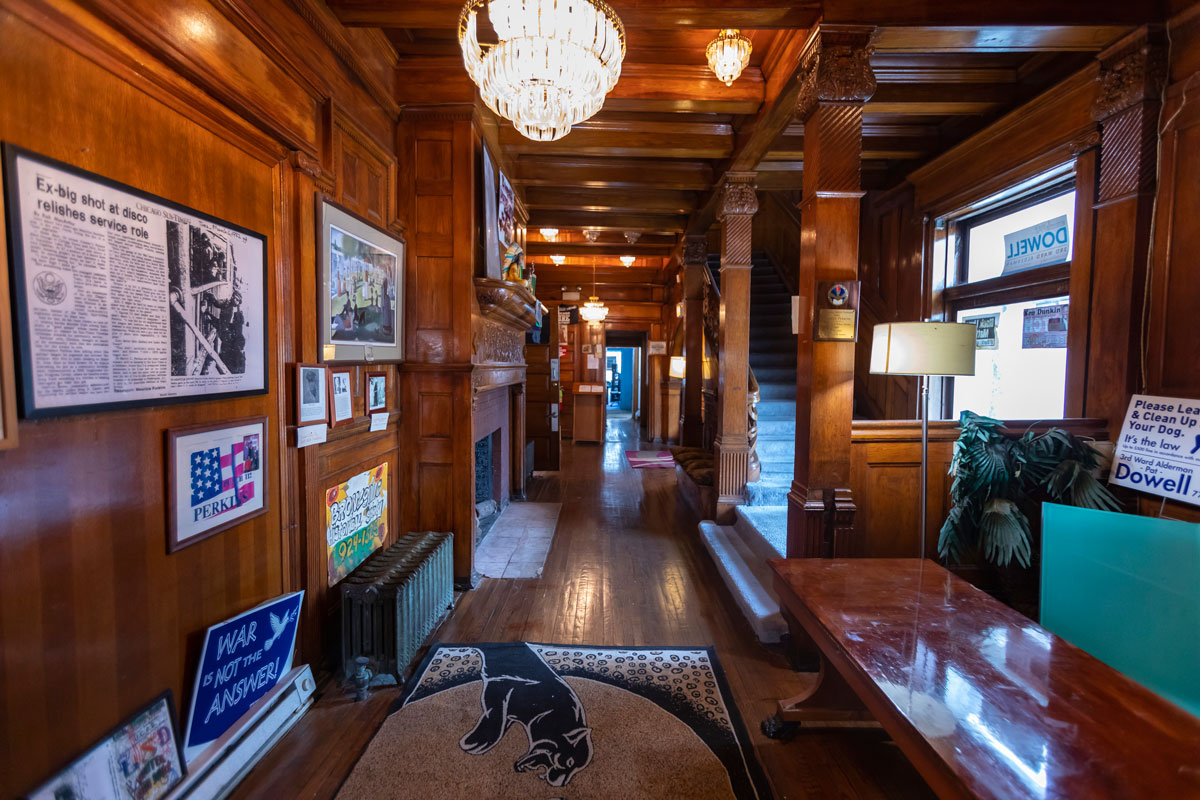 When the Urban League moved next door, it eventually sold the mansion to Maurice and Christine Perkins. The Perkins now run the Inner City Youth and Adult Foundation out of the building — a nonprofit that promotes things like education, fair housing, and universal health care. They have preserved the lavish woodwork in the downstairs rooms. Today, young men who were recently released from prison live on the second floor as part of the program.

Jim Compton, former president and CEO of the Chicago Urban League, was the primary force in getting the new office built — and keeping the headquarters on the South Side.

When the Urban League outgrew the 10,000-square-foot mansion, board members wanted to move downtown, but Compton was adamant the group remain on the South Side.“We would lose our identity in the community if we were on X-numbered floor in an office building downtown,” he said. “We would be abandoning the community we serve.”

Compton and former Commonwealth Edison CEO James O'Connor raised $3 million to build the 32,000-square-foot headquarters. They even had about $200,000 left over for future maintenance. 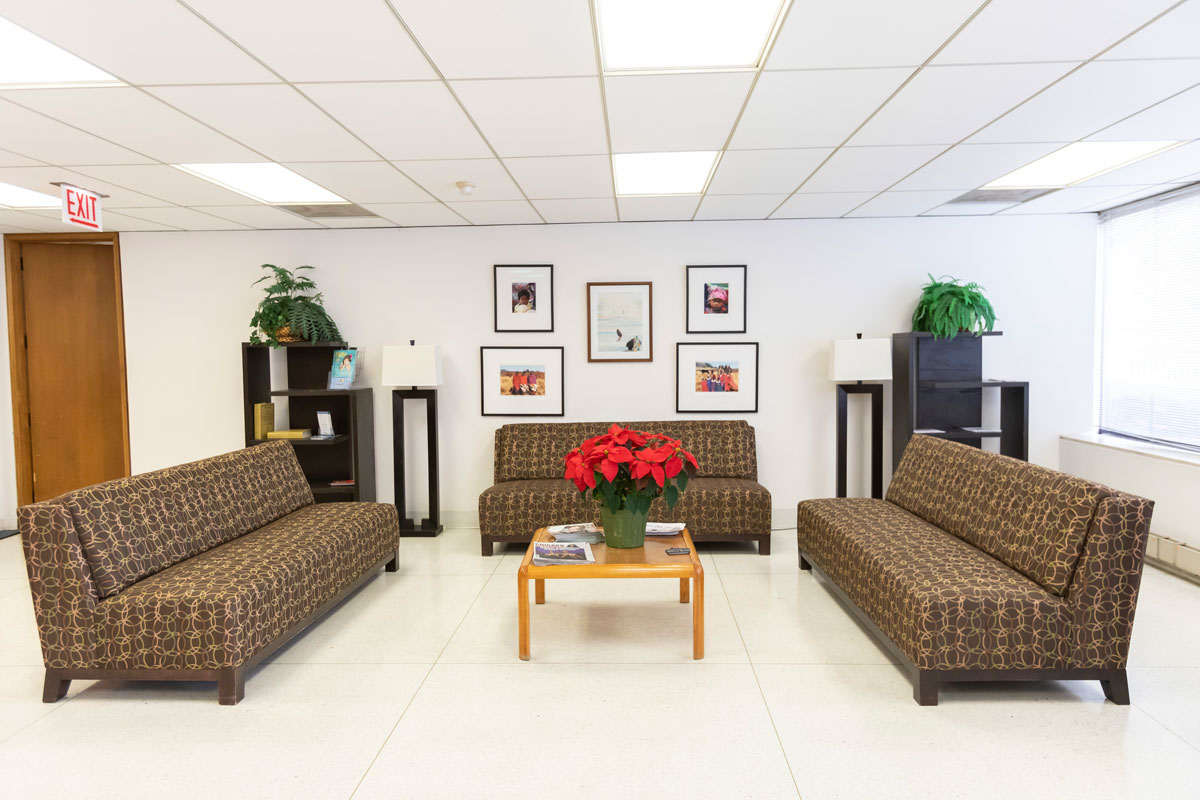 The building is the work of John Moutoussamy, a pioneering African-American architect who studied under famed minimalist Mies van der Rohe at the Illinois Institute of Technology. Moutoussamy also designed the Ebony/Jet building on South Michigan Avenue, three campuses for the City Colleges of Chicago, and a pair of apartment towers in Hyde Park.

Barbara Lumpkin, who became Chicago Urban League president and CEO this year, said the South Side office helps “people know we're here in the community, working for the community.”