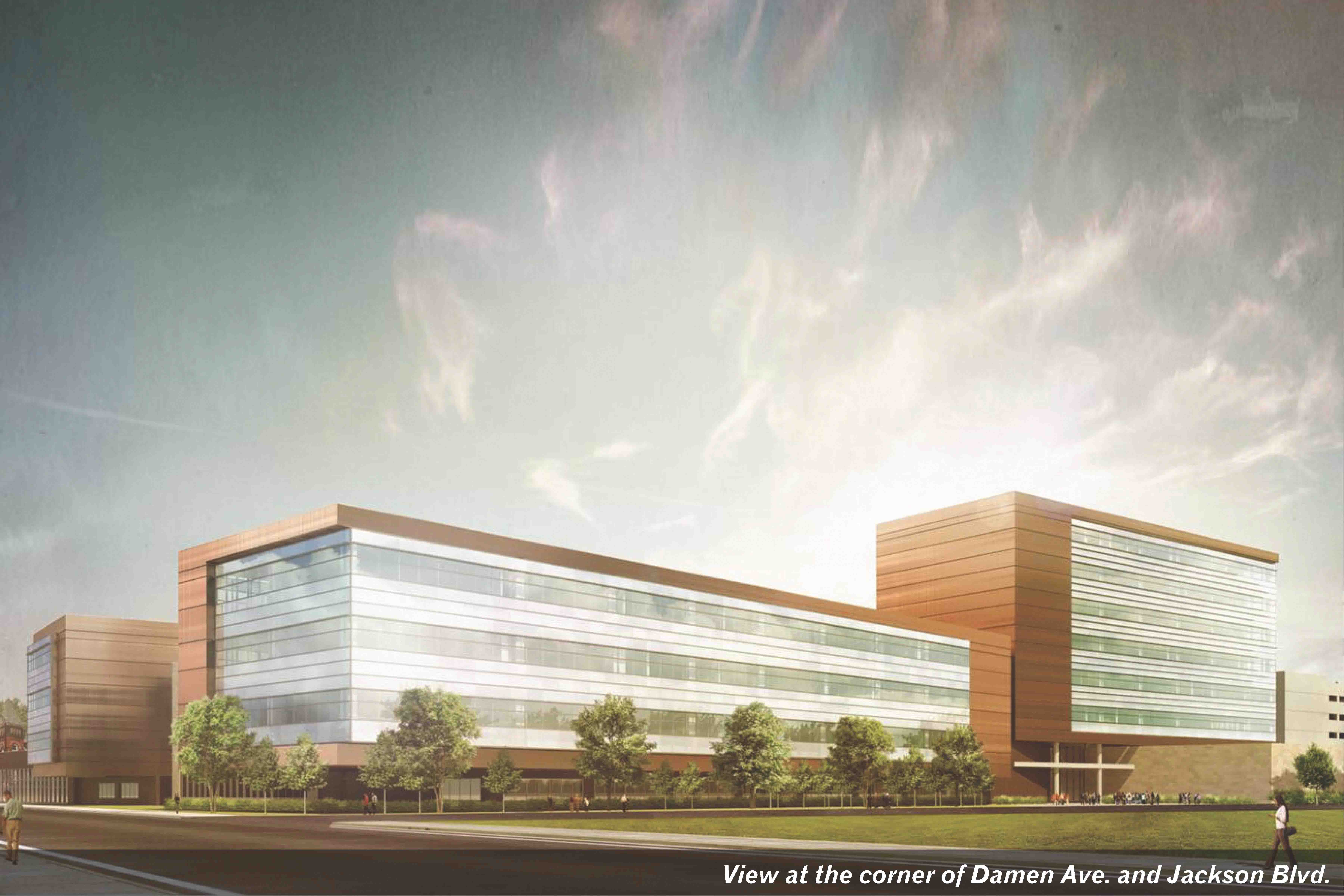 New architectural renderings of the $251 million Malcolm X College emerged during a ceremonial groundbreaking Wednesday for the Near West Side facility.
The new Malcolm X College and School of Health Sciences will be located at Jackson and Damen, adjacent to the current Malcolm X College, a long modernist beauty built in 1971 and designed by C.F. Murphy Associates. The new structure was chiefly designed by the Chicago office of Cannon Design and will be executed by Ohio-based Moody Nolan, the nation's largest black-owned architecture firm. The groundbreaking was attended by Mayor Rahm Emanuel and Chicago City Colleges Chancellor Cheryl Hyman.
Architecturally, the new complex looks like a hospital, which is fitting. The exterior elevations appear to have far more glass than wall, which would give the big buildings a lightness while disguising their heft (the campus is planned for 20,000 students—although not all attending at once). The school's main feature will be learning spaces that will look and function like hospital environs.
Here's a rendering of a health science facility classroom planned for the college: 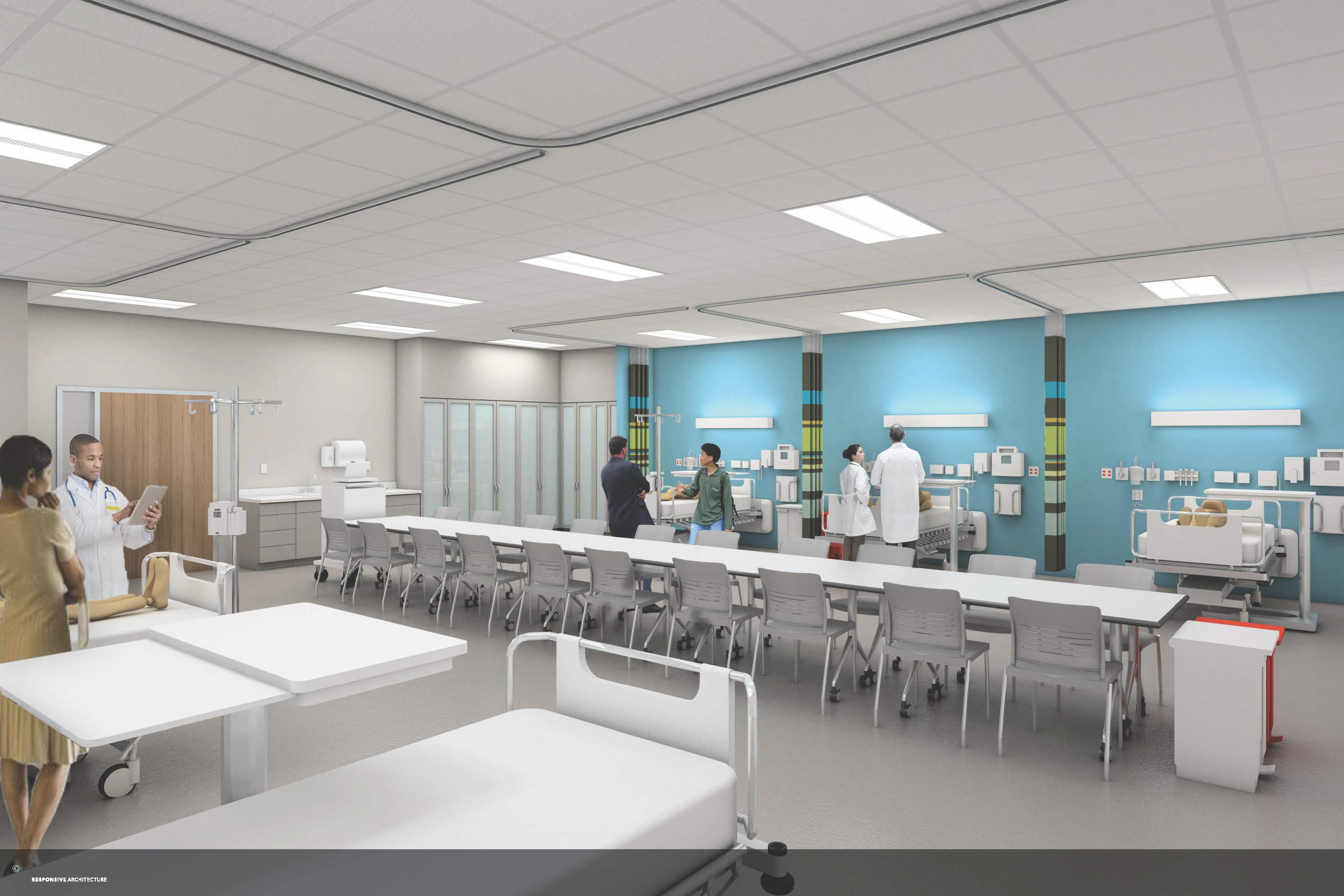 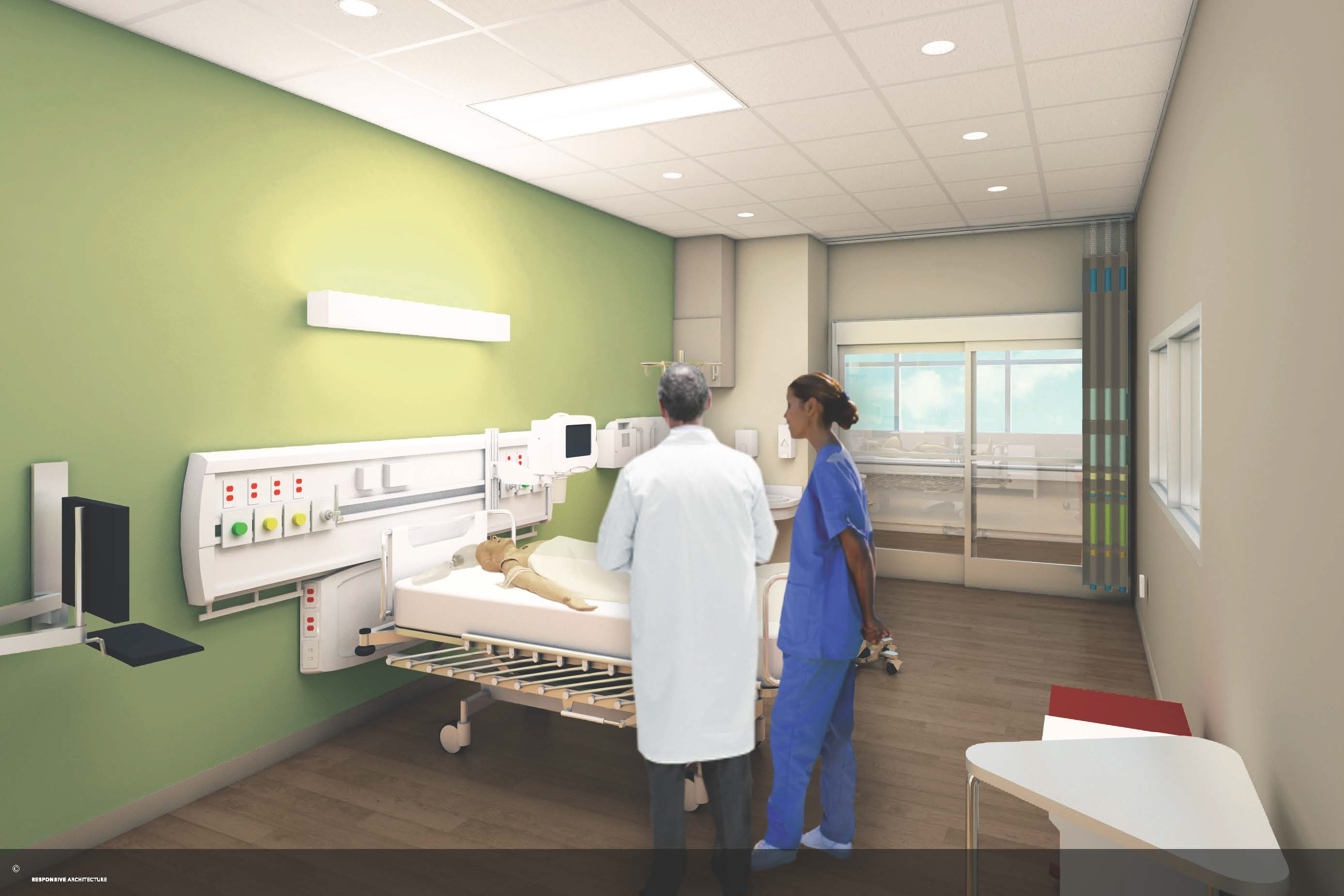 Here is the college's cafe. The stairs to the left lead to the school's library: 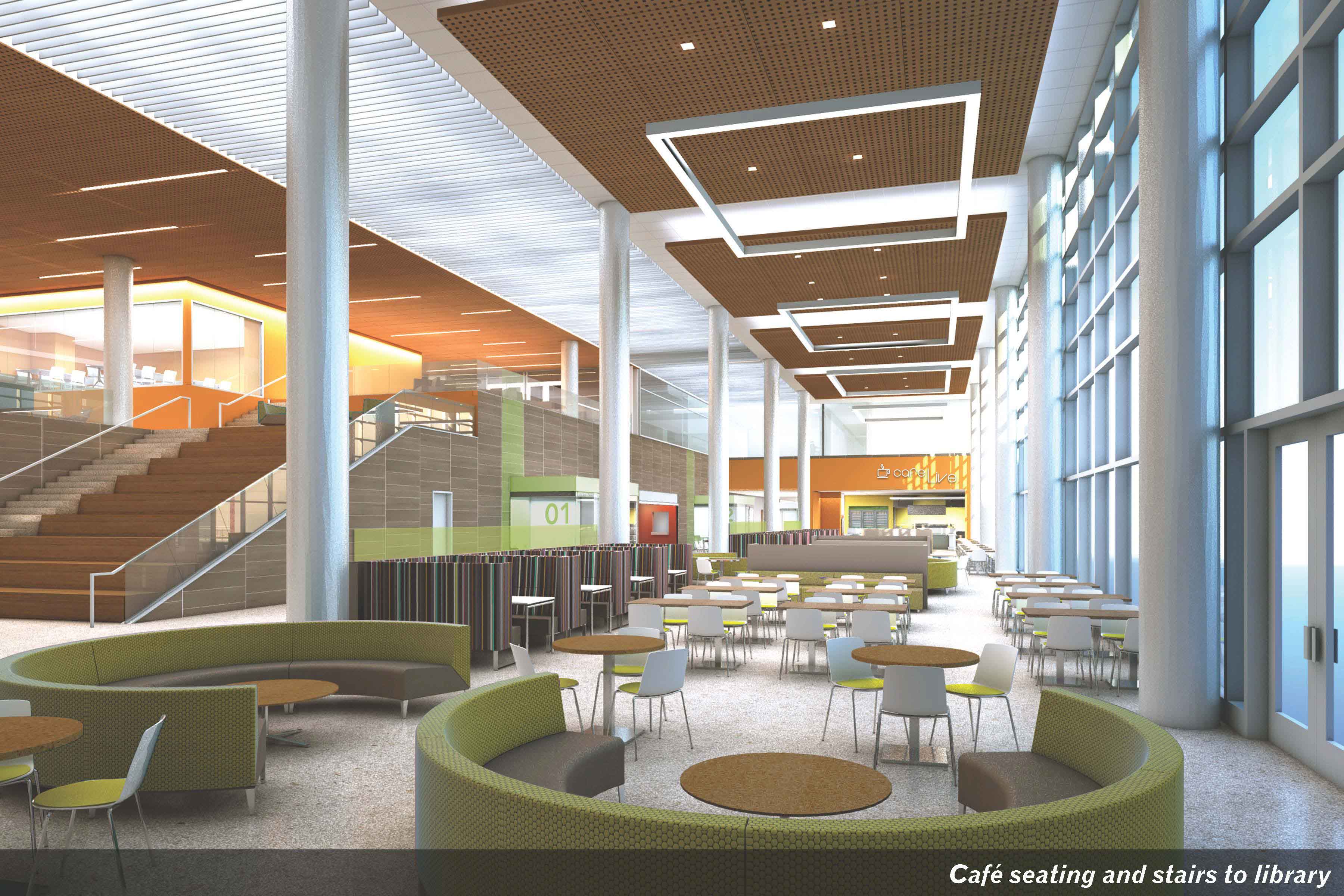