Pilsen community activist Raquel Guerrero died Friday at her home, but her memory will live on in the neighborhood where she fought for decades to bring resources and expand opportunities.

Guerrero became an accidental community organizer when the mother of 11 children helped lead efforts to open a new high school in Pilsen during the ‘70s.

She was instrumental during the boycott and three-day occupation of Froebel High School in Pilsen. Froebel was a satellite branch of Harrison High School, a majority African-American school located in the nearby South Lawndale community, but its enrollment consisted mostly of Latino students from Pilsen. By 1968, students walked out in protest against a lack of resources and poor education.

Guerrero was one of the parent leaders that forced the Chicago Board of Education to allocate $8.9 million to build Benito Juarez Community Academy, which opened in 1977.

She also helped to start Fiesta del Sol, a popular festival held each summer in Pilsen for more than 45 years. Guerrero helped organize residents to open the Rudy Lozano branch library and she advocated for the city to hire Latino firefighters following deadly fires in the neighborhood. 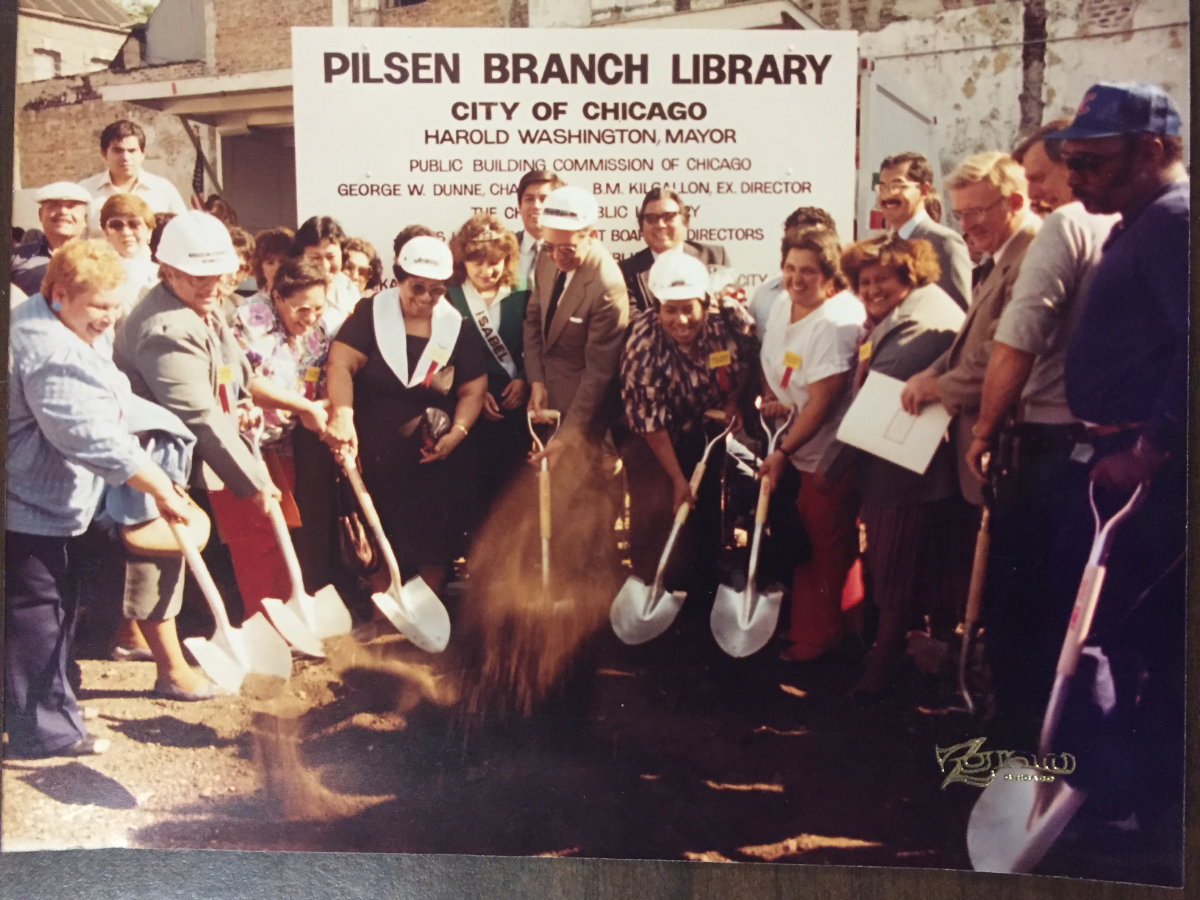 “My mother’s legacy is that she had a motherly love for all those here (in Pilsen),” said Leticia Guerrero, Raquel’s daughter. “She wanted to better her community. She had a powerful voice. She didn’t need a microphone. My mother spoke and it radiated and she was able to communicate the things she felt as a community we needed.”

Guerrero came to Pilsen from Mexico in the ‘60s. She was a founding member of Asociacion Por Derechos Obreros or APO, a workers rights group still in operation. She also served for many years as a community school representative at Juarez until she retired.

Correction: An earlier version of this story stated Guerrero died Tuesday and that she had nine children. It also misspelled the name of Froebel High School.