The new chief of the agency that looks into shootings by Chicago police officers says she wants to hear out an investigator who was fired by her predecessor last July after refusing orders to change findings that the cops were at fault in several cases.

“I’d like to hear about his side of what happened,” Fairley said at a news conference Monday afternoon. “I look forward to that conversation and I think that that will be happening soon.”

Davis’s lawyer, Torreya Hamilton, said an attorney with the city’s Law Department called two weeks ago to set up the meeting. Hamilton said Davis, who is suing the city for wrongful termination, is eager to meet with Fairley. The sides have not yet set a time and place.

Fairley, a former federal prosecutor appointed a month ago by Mayor Rahm Emanuel, said she also wants to examine the work that got Davis fired.

“I’ve blocked out my entire afternoons for the month of January to do deep dives into these cases,” Fairley said. “That’s part of my job — to go back and look historically at these cases — to understand what policies and procedures need to be put in place to prevent issues from happening in the future.”

WBEZ revealed Davis’s termination and his resistance to orders by IPRA superiors that he change findings about at least a dozen incidents, all shootings or alleged excessive-force cases.

Davis said Monday evening he would welcome Fairley’s review of his findings. “I’d like to be present when she does it,” he said. “It’s better to review a report with the person who wrote it.” 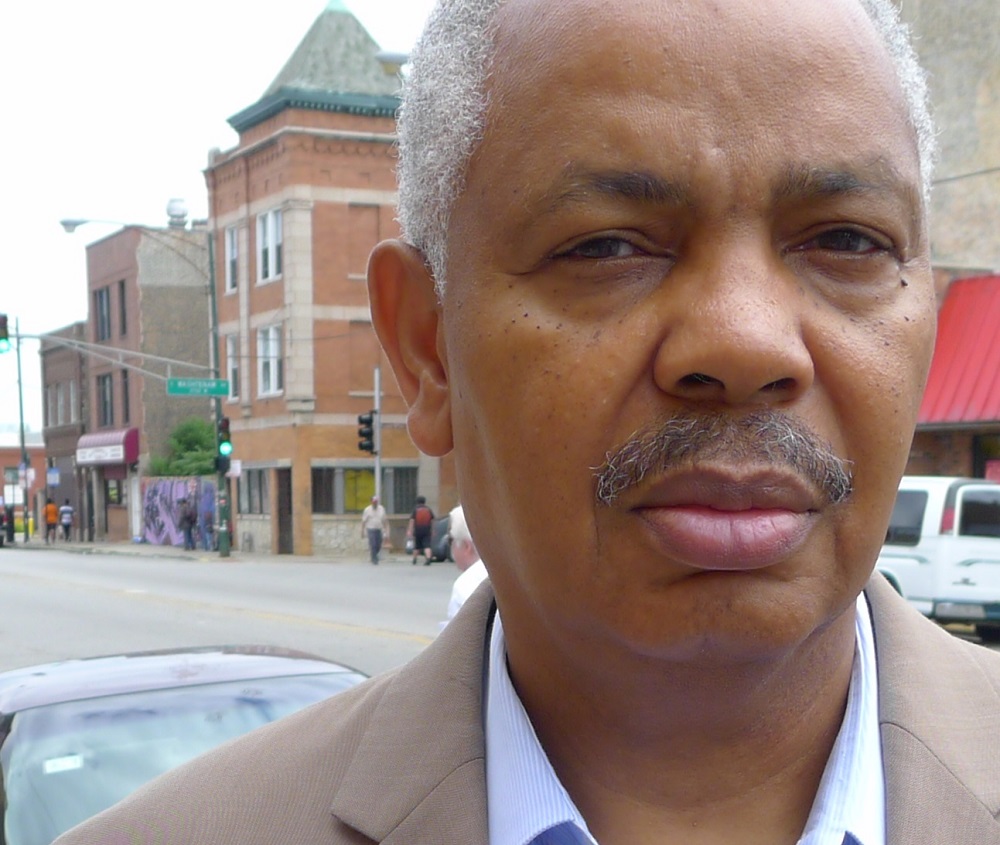 Davis, who joined IPRA in 2008 and was promoted to supervise a team of investigators, said he is also eager to provide Fairley his appraisal of the agency. “There is a culture of viewing all cases in the light most favorable to the police officers,” he said.

Fairley said talking with Davis and reviewing his cases will be among “steps to rebuild Chicagoans’ trust in IPRA and its findings.”

Another step, Fairley said, is restructuring the agency’s 90-member staff. The shakeup will involve new hires, including chief of staff Annette Moore, former associate director of admissions at the University of Chicago Law School, and chief investigator Jay Westensee, who is leaving a similar job with the city’s Office of Inspector General.

“I was a prosecutor for eight years, where my job was to collect evidence and then make the call,” said Fairley, who worked at the U.S. Attorney’s Office in Chicago. “That’s what I’m planning on doing here.”

Fairley also insisted she is independent from Emanuel despite a pile of email messages that show coordination between his aides and IPRA in recent years.

“Yes, I’m in communication with the mayor’s office,” Fairley said. “They’ve been very helpful in helping me get situated here but they have not tried to direct my activities or tell me what to do. I don’t have any pressure on me from the mayor to conduct an investigation any particular way.”

Fairley said she is also overhauling IPRA’s legal team and searching for a general counsel. Eric M. Muellenbach resigned from that post last week after more than six years at the agency.

She said IPRA has not received any budget increase for the staff changes but needs more resources and would be requesting a funding increase.

Fairley also promised more transparency. “I’m not going to jeopardize an investigation just because you’re hungry for information but I will release it if it’s appropriate,” she told the reporters. “The difference is we are no longer going to be standing by a hard-and-fast rule that we will never discuss the details of an investigation until it’s complete. I think that that position is now untenable in the world that we’re in.”

To help make that point, Fairley turned to IPRA’s latest shooting investigation. She described 911 recordings about a December 26 domestic disturbance that led to an officer’s fatal shooting of Quintonio LeGrier and Bettie Ruth Jones on Chicago’s West Side.

That investigation could face intense scrutiny. Relatives of LeGrier and Jones have filed wrongful-death lawsuits against the city.

Cook County State’s Attorney Anita Alvarez last Thursday seemed to imply that IPRA could not handle the probe without federal help. “This is a deeply disturbing incident that demands a very deliberate and meticulous independent investigation,” Alvarez said in a written statement. “At this stage, the investigation is being conducted by IPRA, but my office has also contacted the FBI to request their involvement as well.”

IPRA has come under increasing fire since the city’s November 24 release of a police dashboard-camera video showing a white officer shooting to death Laquan McDonald, 17, in 2014. A national outcry about that video led Emanuel to fire the city’s police superintendent and replace Ando with Fairley. The U.S. Justice Department, meanwhile, began a civil-rights investigation of the police department, its use of deadly force, and measures to hold officers accountable.

Of more than 400 civilian shootings by police that IPRA has investigated over the last eight years, the agency has found the officers at fault in only two incidents, both off-duty, according to IPRA figures. The agency has never concluded that an on-duty shooting was unjustified.

Fairley has turned over IPRA’s investigation of the McDonald case to the Inspector General’s office and reopened a probe into the treatment of Philip Coleman, 38, who died after Chicago officers repeatedly used a Taser on him in a police lockup and dragged him out of his cell by handcuffs in 2012 — another incident caught on videotape. IPRA found that the officers’ actions were justified.

If Fairley pushes IPRA to be tougher on abusive officers, she could face resistance within the agency, which was part of the police department until 2007. Besides Ando’s hires, some investigators have close ties to law enforcement, including family relationships with Chicago officers. And, since at least 2012, the only training IPRA has provided for investigating shootings has been led by a controversial psychologist who often testifies in support of officers, WBEZ revealed.

Some critics say IPRA is beyond repair and should be replaced by an elected council.