In 1987 Todd Melby was a student at Northwestern University’s Medill School of Journalism, and as part of regular class assignments he’d cover Chicago’s City Hall. The experience stuck with him for decades. Even from his present-day home of Minneapolis, he was motivated to send along this question concerning the most fundamental term used in City Council:

Why hasn't Chicago dumped the guy-centric "alderman" title yet?

Maybe Todd's onto something. Cities across the country have been moving away from official use of the term, as language has become more gender-inclusive over time. That’s especially true in cases where political and service titles can be regulated by local and state government. Firemen have officially become firefighters, for example. Ditto when it comes to police officers. As to why the term "alderman" in Chicago (as well as other Illinois cities with the aldermanic form of government) is a holdout, we found it has to do with law, for sure, but political inertia has played a part, too.

"Our language in government still reflects a bygone era when most elected officials were white males," said Gerald Gabris, a municipal government expert based at Northern Illinois University.

The earliest mention we found of a possible Chicago “alderwoman” candidate came in an 1902 in a Chicago Daily Tribune article.

"'The Alderwoman'" would be welcomed as a refining influence in the City Council — if she could get in," the article begins. But aldermen and city department heads quoted in the article voiced concern about whether women would want the job, or how they would act in it. "Imagine a woman thinking that she had to answer to her constituents for those streets," the head of the city's Street department is quoted as saying. "The whole office force would have to get out with whisk brooms and clean up for her.””

Chicago didn’t have women on the council — regardless of what they were called — until 1971, when Marilou Hedlund and Anna Langford were elected.

Fast forward to 2014, when women hold fewer than one out of every three seats in City Council — a fact that some female aldermen say is a bigger issue than their gendered title.

“I think focusing on the word is less important than the fact that there are only 16 women in city council,” said Ald. Michele Smith (43rd). 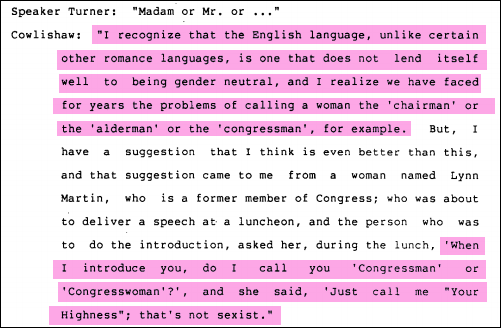 An official title and some pushback

According to the Illinois Municipal Code: "In all cities incorporated under this Code there shall be elected a mayor, aldermen, a city clerk, and a city treasurer.” Another state statute, which governs state statutes, says: "Words importing the masculine gender may be applied to females." Based on those two lines, alderman is the only legislative municipal title, and that’s the case for all Illinois cities, not only Chicago.

And, the city’s own language on the matter, tautological as it may be, mirrors that of the state: “‘Alderman’ means any person holding the elected office of alderman of the city council.’” 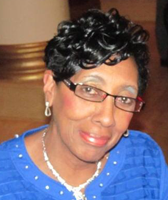 That’s not to say there hasn’t been some pushback against the term. Some aldermen, like Bob Fioretti, say they’ll use the terminology informally.

“Well, I refer to them as alderwomen or aldermen,” Fioretti said.

Still, the fact the official language is exclusionary bothers Alderwoman Carrie Austin of the far South Side.

“I want all of the women that are part of the city council to sign onto legislation such as that. To change our name, our legal title as alderwoman. So that we can circulate in that manner as well,” Austin said.

That’s what Austin would like to see, but even she hasn’t kick-started a legislative campaign. And doing so could be complicated, considering past attempts to get a gender neutral term on the Illinois books were fraught with trouble.

There were two fights waged to put “alderwoman” or “alderperson” into official use. (There’s no spoiler alert warranted here: You already know both failed!)

In December 1983, then Chicago Mayor Harold Washington nominated Dorothy Tillman to represent the 3rd Ward located on the South Side. At the time, the City Council was in the midst of the infamous “Council Wars,” in which dozens of aldermen vehemently opposed nearly everything Washington wanted to do.

Washington’s opponents in the council blocked Tillman’s nomination based on a single mistake in the appointment papers.

But the committee that considered nominations wouldn’t have it, with the officially stated objection being that the use of the term “alderwoman.”

So on Feb. 15, 1984, the mayor resubmitted the nomination, changing the word "Alderwoman" to "Alderman." He noted that he was doing so in "an effort to meet objections expressed by the chairman of that committee," referring to Rules Committee Chairman Frank Stemberk.

“He [Washington]  had to reappoint me as the alderman of the 3rd Ward,” said Tillman, who took the seat the seat the following year and served until 2007. “I wore the title of alderman proudly.”

It’s unclear whether this battle over Tillman’s nomination rested on gender politics, or whether it was just collateral damage from the ongoing council wars, in which the friction often came down to race. Harold Washington was the city’s first African-American mayor. Dorothy Tillman is African-American.

The second coming … and losing

In 1984 the term “alderwoman” became political fodder, but later there was a direct challenge to the gender-specific title of alderman.

In 1993, then-state Rep. Clem Balanoff (D) introduced a bill that "does nothing more than change the term 'alderman' to 'alderperson', in making the term gender neutral," according to a transcript of the floor debate.

Balanoff recently explained that he introduced the bill because a female Chicago alderman had relayed how annoyed she was at the state law.

Balanoff imagined the title change would be a slam dunk, as it had already passed in committee.

“It just seems like something that makes so much sense,” he said. “It doesn’t bother anybody. It’s not going to change state statute so big, it doesn’t cost any money.”

But the bill never made it out of the Illinois House; Republican leader Bill Black successfully argued against it during the floor debate.

“Let’s, for once in a rare moon, use a little common sense,” Black told his fellow representatives. “Let those people be referred to or called by whatever they want, by whatever body they represent. I implore you not to clutter the state’s statutes. I urge a ‘no’ vote.”

Balanoff said after Republican Bill Black spoke, most of the GOP followed suit.

“I don’t want to say they follow lockstep, but it’s pretty close,” he said.

Balanoff added that, after the no vote of 1993, he imagined he’d bring the issue up again down the line. He never did.

Support for the word “alderwoman”?

While alderpersons or alderwomen aren’t official terms in Illinois, they do exist in Wisconsin. In 1993, their state statutes were amended to refer to “alderpersons.” Just a few years before (1988), a rewrite of the Milwaukee’s city charter officially recognized female council members as “alderwomen.”

That word has special significance to Milwaukee Alderwoman Milele Coggs, the only woman currently serving on the city’s 15-member council.

A handful of Chicago's suburbs use the term "council member" instead of alderman. Joliet, Wheaton and Naperville are among the suburbs that go as far as referring to members as "councilman" and "councilwoman." No suburb with aldermen refer to female council members "alderwomen."

But such a measure isn’t likely to gather momentum anytime soon in Chicago. Few of the other aldermen interviewed for this piece suggested changing the word.

"It personally doesn't make a difference to me how I'm referred to," said Ald. Mary O'Connor (41st). "I worked really hard to become the alderman of the 41st Ward and I truly believe that there are more important issues for me to be advocating for than to change a title, so I'm comfortable with being called alderman." 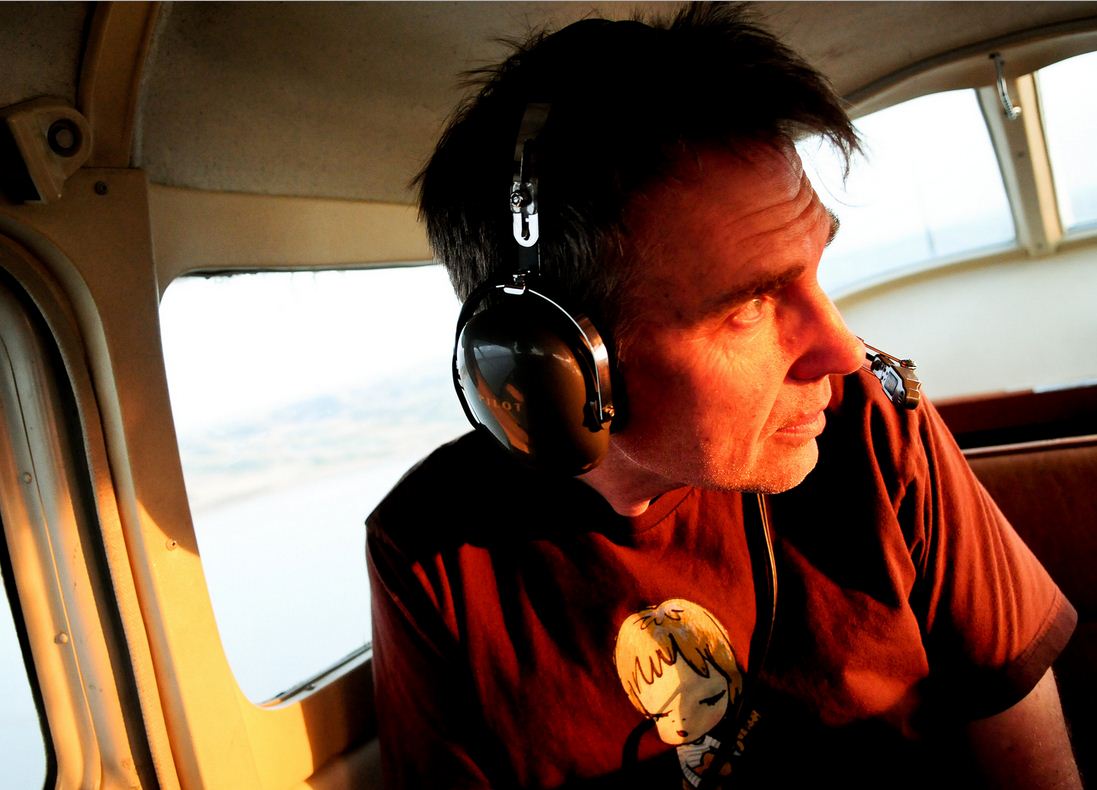 Our question comes from: Todd Melby

Todd Melby is an independent media producer based out of Minneapolis, a place where people on the City Council used to be addressed as “alderman,” but are now referred to as council members.

Melby said, “As I guy, I usually don’t encounter this gender-specific stuff. However, as a father, people often use the term “mothering” when I would parent my children, 20-25 years ago. When they were young there were lots of ads that talked about ‘mothering’ as a synonym for parenting. So I guess I was kind of sensitive to that as a father who was a very involved parent.”

(Editor’s note: Todd Melby also heads up Black Gold Boom, a project which — like Curious City — was initiated by Localore from the Association of Independents in Radio.)