The weather has started to change a bit and kids are back at school. But September has various meanings to sports fans. It is the winding down of the baseball season, the beginning of the football season, with thoughts of hockey nearing. Some of it feels good. . . some of it, not so much.

Baseball: One team plays out the season, the other battles to play in October 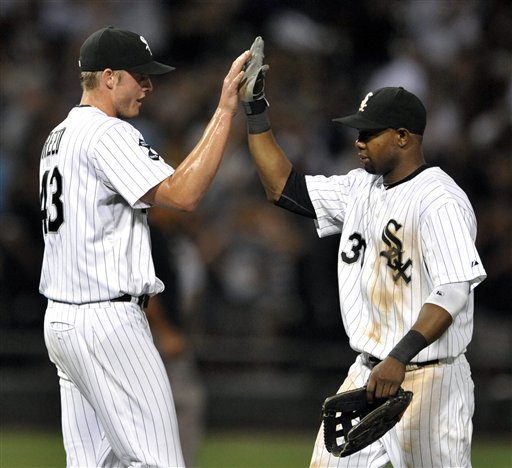 Despite a rough period on the road, the White Sox will continue to battle in the American League Central with Detroit. It's a reality a lot of people — fans and media alike — didn’t think possible last spring. Even with the dismal road trip recently, this has been a team that has bounced back all season. It has been an interesting ride so far; besides the known stories of the comeback players (Adam Dunn, Alex Rios and Jake Peavy). It's been the rookies (Addison Reed, Nate Jones and Jose Quintana), break out players (Chris Sale and Alejandro De Aza), new coaching staff and the veteran pick-ups by GM Ken Williams (Kevin Youkilis, Brett Myers and DeWayne Wise) that have all contributed to this remarkable season.

But tired arms and the unknown territory of a pennant race are all factors right now as the final weeks of the season play out. It’s a process for both the younger and older players during this stretch. "Part of the learning curve of all these guys, you can lose a game or a series," remarked manager Robin Ventura. "You have to come back and be prepared for the next night." This is how they have played this year. 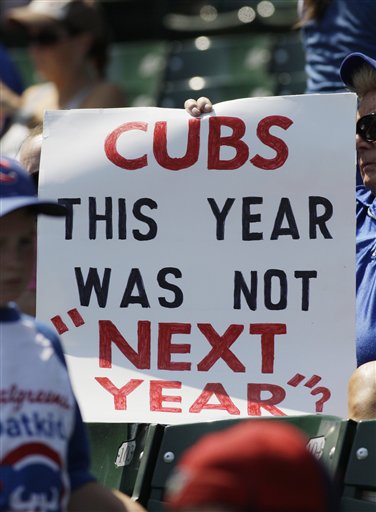 Unfortunately, the team's success this season hasn't moved the turnstiles much: The ballpark has had few sellouts. With only a few series left, including one with Detroit next week, maybe the fans will make their way to U.S. Cellular (not Tigers fans, though). Die-hard White Sox fans probably wrote off the Sox after the Tigers sweep this past weekend — they are cup-half-empty thinkers by in large. But those fans will be the first to complain if they can't get play-off tickets if (or when) the Sox make the post season.

The Cubs season doesn't officially end for a few weeks, but it really has not been much a season as far as wins and losses; they are in danger of having that dreadful mark of 100 losses. When you walk into their locker room now there are very few players that have been in the majors before this season. Alfonso Soriano must feel old at the age of 36 with these young players. Fresh faces like Josh Vitters, Brett Jackson and Dave Sappelt have joined the other youngsters: Starlin Castro, Anthony Rizzo, Steve Clevenger, Wellington Castillo and James Russell. There are plenty other young players on this team, and what seems like a new pitcher every other day. These last days of the season, manager Dale Sveum and the Cubs staff will be assessing the players as they look to 2013 and beyond. “Right now we are trying to evaluate and try to win ball games at the same time," said Sveum.

Darwin Barney deserves to have the spotlight, he continues to impress with his outstanding play in the infield. He recently broke the NL errorless record at second and continues to add to the total. Oh, did you know that Alfonso Soriano is the only outfielder in the NL that has not committed an error all season?

Still, the Cubs saying "wait 'til next year" may have to be altered to "wait 'til fill in the blank year."

Football on our minds — at all levels of play 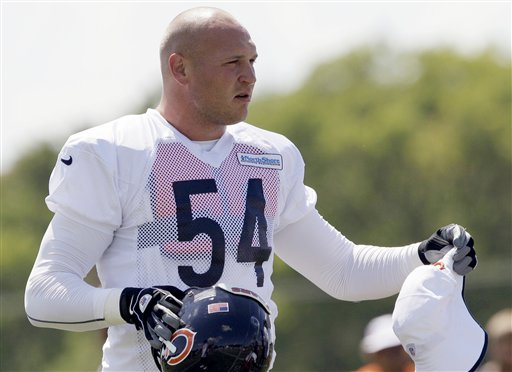 Break out the jerseys, the grills, fantasy football pools and regular NFL office pools. High school has been playing for two weeks, college got underway last weekend and of course the pros begin tonight. The Bears will open their 2012 season on Sunday hosting the Indianapolis Colts. This week the fans will be thinking about a Bears return to the Crescent City as dreams of a Super Bowl run to New Orleans unfolds. The tedium of the pre-season and training camp has the Chicago Bear faithful hoping the off-season changes of GM Phil Emery, offensive coordinator Mike Tice, wide receiver Brandon Marshall and other new faces will give this team a fighting chance to succeed. Even the players, including center Roberto Garza, are anxious for the season. "The real fun begins for us now," he said. "It's been a long camp and OTA's. It's time to see where we are really at." Fans are happy to know that Brian Urlacher has returned to the practice field. It looks like they will have to battle division rivals Green Bay and Detroit in their quest for the playoffs.

Hockey may be taking a sad turn — again 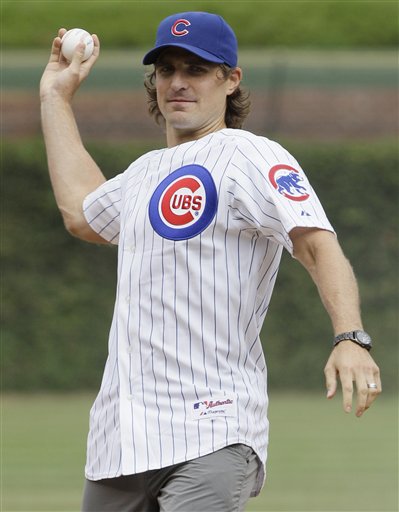 Blackhawks fans, there is a deadline approaching: If the NHL and the players union do not resolve their labor dispute by the September 15th deadline they may have a work stoppage or a player lock-out. This would be a major blow to a league that has to fight for the fans' dollars. On Sunday, there were three Hawks at the Cubs game: Jamal Mayers, Patrick Sharp and Dave Bolland. They all hope that a lock-out won't occur, but understand they may have to make contingency plans. Each said they would have to consider playing overseas if there is a lock-out. Mayers lost a whole season from the last labor dispute and played in Sweden; but now he has young children, and making arrangements to do that again is tough thought. For the moment, the players continue to train and prepare as though the training camp will open on September 22nd. Sharp will not make other plans yet. “When they call me up [if a lockout happens], until that happens, I am getting ready for training camp,” he said.

With these tough economic times, any lengthy work stoppage would make it difficult to right the ship. At least right now Chicago sports fans have plenty of action to grab their attention.