This has been a long time coming: After years — and years — of waiting, Ron Santo will finally be inducted into baseball’s Hall of Fame Sunday. Most fans younger than 40 never saw Santo play; they just remember him as the humorous, lovable color commentator in the radio booth. But the many fans who watched Santo play third base day in and day out know what a tough and clutch player he was on the field. 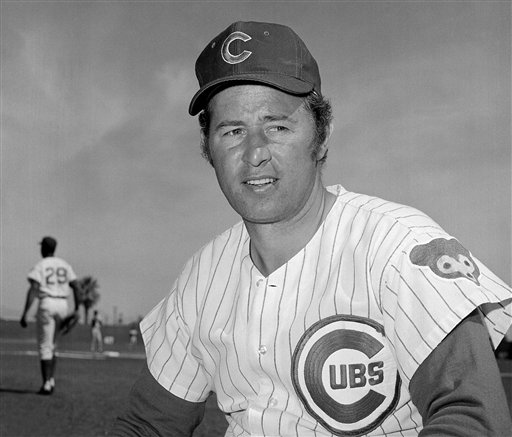 Sadly, Santo will not be there to get a slap on the back from his fellow Hall of Famers, enjoy warm embraces from family and friends or hear the roaring excitement from his countless fans; the Cubs third baseman lost his battle with bladder cancer on December 3, 2010 and will enter the hall posthumously.

It’s a shame. Without Ron there to give his speech the event will feel a bit sad. Hall of Famer Andre Dawson will be in attendance, but he, too, feels the event is bittersweet. “I feel a little sadness — it was a year or so too late,” said Dawson, who added that he is nonetheless “excited for [Santo’s] family.”

Santo’s broadcast partner, Pat Hughes, believes his friend would not have read anything scripted. “Ron was a natural human being — he didn’t like things structured. That was part of his popularity and personality,” Hughes said. “He would have thanked as many people as he could — I know he loved Cubs fans as much as his family.”

Still, there will be plenty of celebrating going on this weekend: The Cubs organization will make certain of that. On Saturday, they will host a fan event; Santo’s former teammates, Glenn Beckert and Randy Hundley, as well as Hall of Famers Fergie Jenkins and Billy Williams, will be there. Pat Hughes will also be on hand with plenty of his own tales to tell. He and Santo spent 21 years together in the booth, and the laughs they shared with their listeners were legendary. (They were mostly at Santo’s expense, but he enjoyed every moment — and so did Cubs fans.) 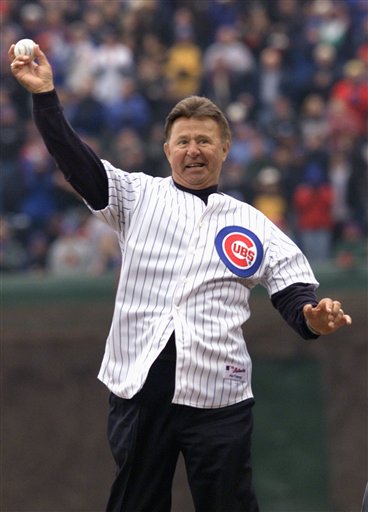 The most important aspect of this weekend will be the spotlight on Ron Santo as a player. “The induction on Sunday will refocus and remind everyone, no matter how old you are, he was a great player — that’s cool,” said Hughes. The Hall of Fame induction also validates Santo coming from what Hughes refers to it as the “Golden Decade of the National League.” Santo played from 1960-1974, and Hughes listed all the other great Hall of Famers from that era: Henry Aaron, Willie Mays, Willie McCovey, Sandy Colfax, Roberto Clemente, Bob Gibson, his teammates Williams, Jenkins and Banks — and now Ron Santo.  Santo, Hughes said, “held his own. He competed equally with all those people.”

“He wanted to be part of that pantheon of those great players — I’m glad to say he is,” said Hughes.

Santo was a nine-time All-Star; he won five Gold Gloves, and during his playing time, he ranked in fifth in RBIs. He was one of the best clutch hitters for the Cubs. He also did it as a diabetic and never spent a day on the disabled list, even though he would later deal with several health issues, including losing his legs to his disease, heart problems and cancer. Santo didn’t let on about his illness to the public until his playing days were over. Former Cub manager Dusty Baker got to know Santo during his managing tenure. “He was one of the toughest guys I ever met — with a kind heart,” said Baker. “He never complained about anything, and I know he had to be in a lot of pain.” (He was also a dynamo when it came to fundraising for Juvenile Diabetes Research Foundation; it’s estimated he raised $60 million for the cause.)

Santo’s love for the Cubs was passionate and sincere; making the Hall of Fame was his dream. Hughes said during Santo’s last ten years in the radio booth people would always comment that he should be in the Hall of Fame. “Ron had an amazing life — playing, broadcasting and fundraising,” Hughes said. “But there were two chapters: One was for him to get inducted into the Hall of Fame and another was for his beloved Cubs to win a World Series. Step by step we are getting there.”

Wrigley Field has a Ron Santo statue and his #10 retired on a waving flag. Now Cooperstown will have him in the Hall of Fame. If only it had happened sooner.