Equality community center in Tulsa, Okla., could be any other. Three boys hold an American flag as they lead a group in the Boy Scout Oath. These words are the same every Cub Scout pack uses to start a meeting. And the room, too — with its fluorescent lights and vinyl floor tiles — looks like any church parlor.

But the rainbow flag on the wall gives away a subtle difference about this pack's sponsor. Oklahomans for Equality is Tulsa's only lesbian, gay, bisexual and transgender community center. Now that the Boy Scouts of America is allowing gay leaders and volunteers, a few chapters across the country have started up at LGBT centers like these.

"I had a background in scouting through Camp Fire when I was a little girl, and it was just a really good experience for me and I wanted that for my boys," says Shawna Simpson, the mother of two Cub Scouts in the chapter.

"That's what I love about the fact that we're forming it here, is that these kids are walking into this and they're going to be taught respect and responsibility — but not under the eyes of scrutiny and judgment. And that's so important to me."

Even though the Boy Scout national policy changed to allow gay adult volunteers like Simpson, the scouts made an exemption stating religious charters, like churches, could choose to ban gay leaders. And even with the changes, the national organization has been slow to approve new chapters at LGBT community centers.

Simpson and other parent volunteers turned in their application forms right after the Boy Scouts reversed their position on gay leaders and volunteers. But the national Boy Scout office hasn't acted on them. The organization says it's making changes to the application process for new charters and wouldn't comment for this story.

So far, this troop has waited more than two months for a process that used to take two weeks.

Andy Grimes, the pack leader here, is an Eagle Scout who even worked for the scouts in the past. Last summer, when he found out the Boy Scouts changed their policy, he and his partner, Keith were excited to get their sons involved. 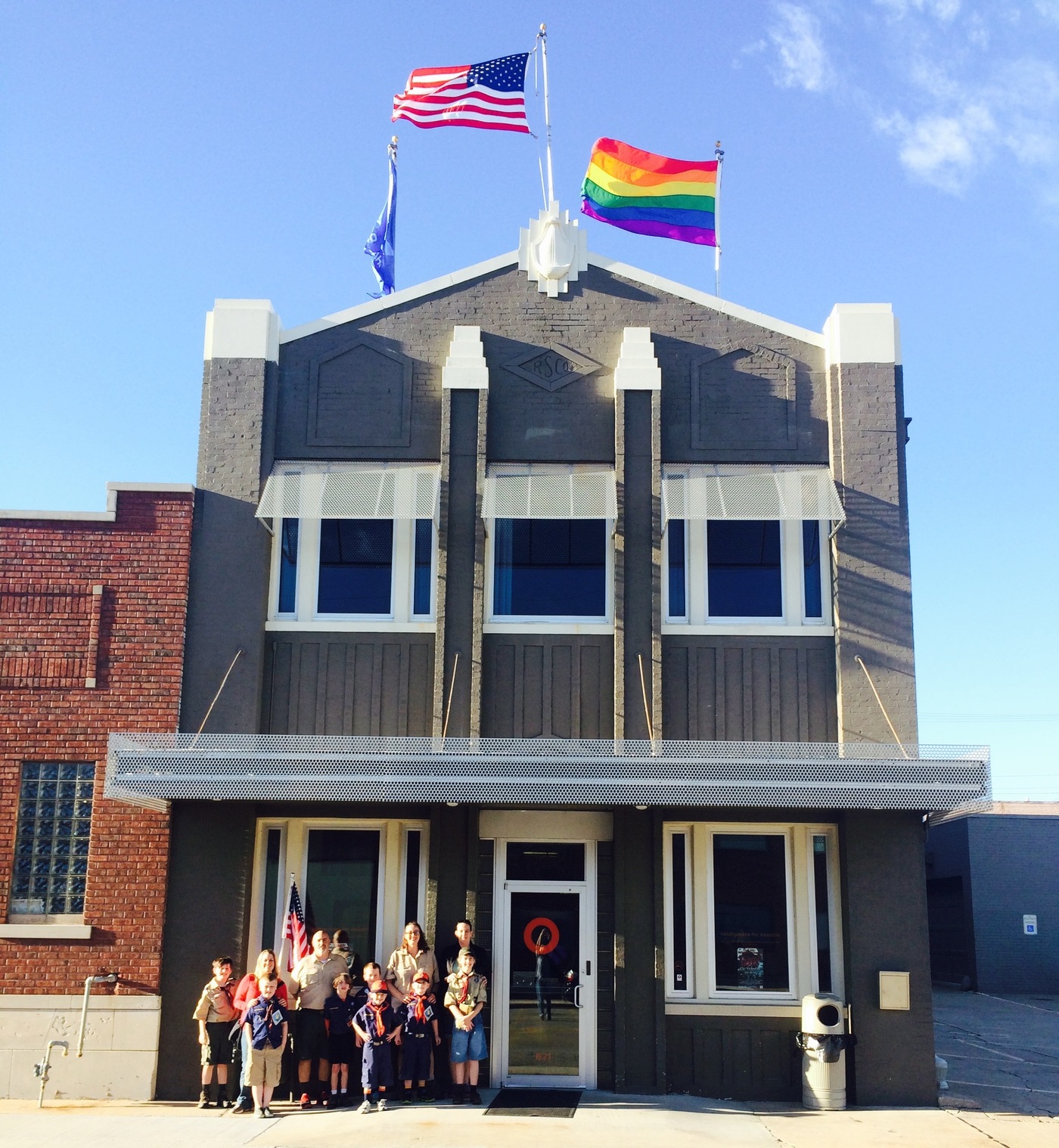 For now, the boys must receive giant stickers for their accomplishments, rather than the usual badges, which they can't get until the group is chartered. The boys have no idea they aren't official Cub Scouts, and Grimes says their unsanctioned status hurts the troop.

"Initially, I was thinking, great, OK, this ­­­­is perfect because it's recruiting time. We're gonna get our charter, we're gonna start recruiting, we'll get people trained, we'll go right in and do our fundraising, and then we'll be set for this great first year of scouting," Grimes says. "But now we're sitting and waiting, and we can't participate in any of the scouting activities."

Many of the parents here in Tulsa told me forming this troop isn't a civil rights statement. But the no-judgment-zone sentiment of Oklahomans for Equality is attractive even to heterosexual parents like Lisa White.

"I just hope they like it and have fun," White says. "Honestly I was a scout as a kid and I loved scouts, and I want my kids to have the experience that I had."

Boys like Zachary Simpson don't come to scout meetings for moral guidance or social development. Zachary, for one, says he's here for the snacks. His priorities reflect his age.

But the adults at Oklahomans for Equality bring good snacks in hopes that in time he'll understand why they are really there.