At Sunday’s 9:45 a.m. Mass at Holy Family Catholic Church in Little Italy, Christine Pugh explained why she’s been attending the parish for 14 years.

“I love the friendliness, the openness, the camaraderieship [sic] here, and the people,” she said.

Pugh and more than a hundred other churchgoers filled the pews at the historic church on Roosevelt Road. Inside, the stained glass windows show Jesuit saints, the order that founded Holy Family. On one side of the 52-foot alter, a banner reads, “Our Doors Are Open Wide.” There’s a portrait of Martin Luther King Jr. on the other side.

Pugh and others are concerned after the Archdiocese of Chicago announced last week that starting July 1, Sunday morning Masses will no longer be held at Holy Family at 1080 W. Roosevelt Rd., but moved to nearby Notre Dame de Chicago Church. The consolidation is part of the archdiocese’s “Renew My Church” plan.

The archdiocese has said that plan “will transform the archdiocese over the next several years by working with groupings of parishes to determine how they will achieve the goal of having vibrant, life-giving faith communities accessible to all Catholics.”

Part of the archdiocese’s plan includes Holy Family and Notre Dame churches forming one, new parish beginning July 1, 2019. Officials said the new parish will be located at Notre Dame, which is about a mile away from Holy Family at 1334 W. Flournoy St.

Pugh said she’ll have to go to Notre Dame a couple of times to see what it’s like. 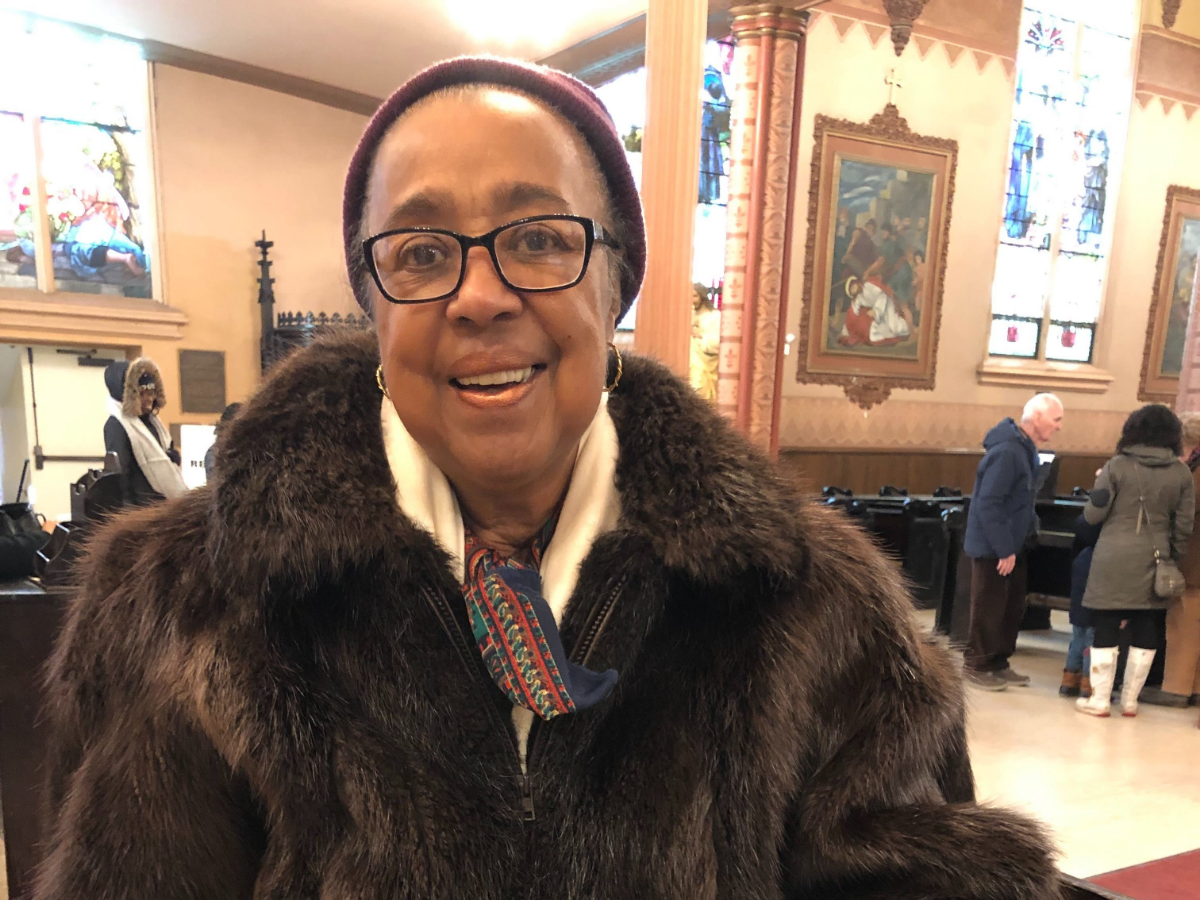 Holy Family has a rich history in Chicago. It’s the city’s second oldest Catholic Church, and the legend goes that during the Great Chicago Fire of 1871, the church’s first priest prayed for the building to be saved. He lit seven candles to Our Lady of Perpetual Help, and Holy Family was spared by the flames. To this day, the seven candles remain lit in the church.

Current parishioners said it’s that deep history that keeps them coming back to Holy Family.

Jerrilyn Young said she drives 30 miles from south suburban Lynwood every Sunday to attend the Sunday morning service. Young said she’s attended Holy Family for 65 years, since she was a child living on 13th Street, just east of Holy Family.

Young said the announcement that Sunday morning Mass will no longer be held at Holy Family has left her unsure of where to go. She said Holy Family is all she’s known, even though she hasn’t lived in the neighborhood for decades. 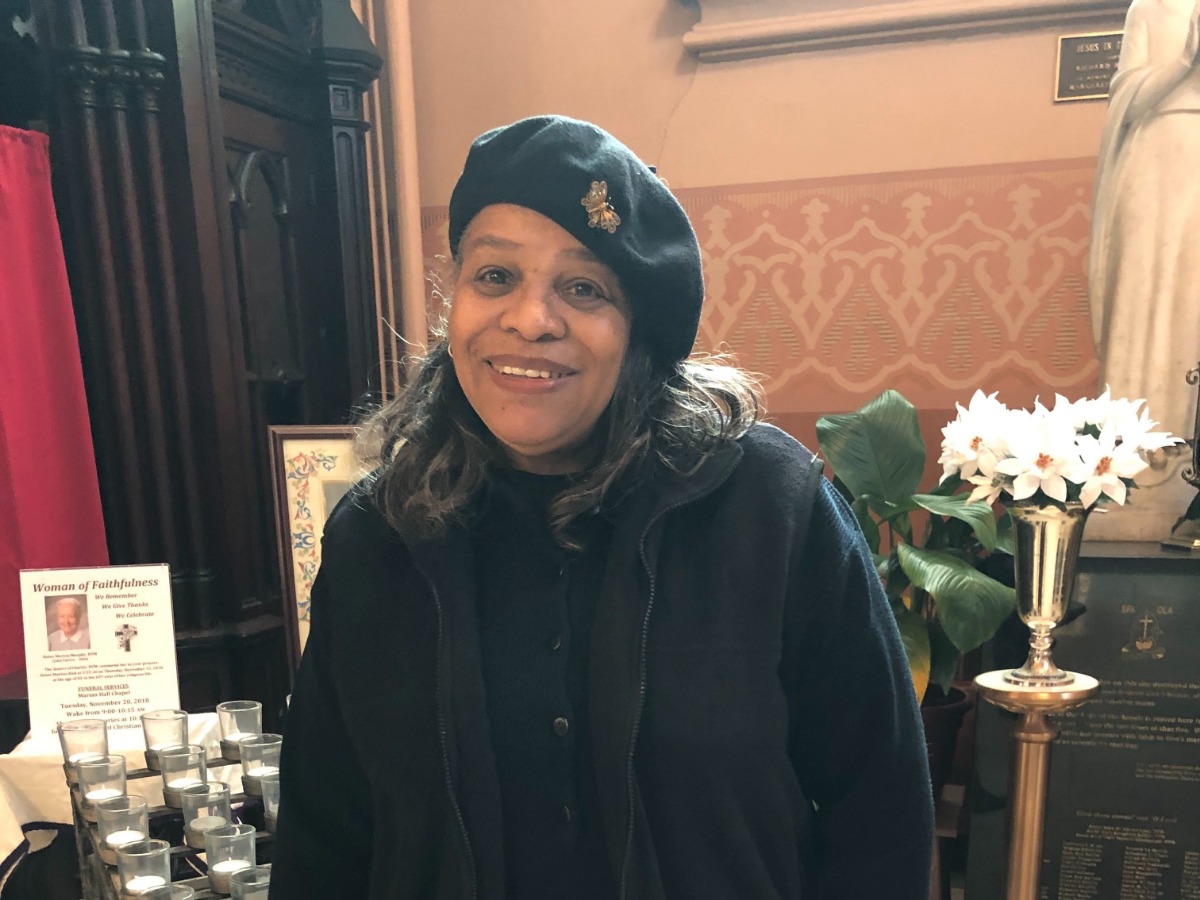 “Sunday evening Mass and weddings will continue at Holy Family Church,” she said. But, Sunday morning Mass will be held at Notre Dame.

Losing the Sunday morning Mass also concerns Holy Family Pastor Father Michael Gabriel. During Sunday’s service, Gabriel read from a petition he’s sending to Cardinal Blase Cupich on behalf of the parish, asking the archbishop to “reconsider this decision and allow Holy Family to continue a Mass on Sunday morning.”

“This community is probably one of the most diverse communities in the archdiocese and that is our treasure,” Gabriel added. “We are black, we are white, we are Latino, we are Asian, and everything else.”

After Gabriel’s remarks most of the packed congregation stood and applauded. Some wiped away tears.