“I don’t wear everything I consume,” Abloh said. “I like it as an object to be inspired by.”

He said those objects, even a T-shirt, can be art.

Abloh’s first exhibition, "Virgil Abloh: 'Figures of Speech'" opened Monday at Chicago’s Museum of Contemporary Art. But Abloh is no novice in the design and art world. His work and influence stretches across industries.

More than a decade ago, he began collaborating with another Chicago artist, Kanye West, serving as the singer’s creative director. The results of that collaboration are in the new exhibit in the form of a large-scale replica of the CD case of West’s Yeezus album, which Abloh designed. It features a life-size clear plastic case holding a CD with a red square on the right side. That red square is Abloh’s work.

Fashion, of course, runs throughout the exhibit. Abloh started the label Off-White, which is often described as high-end “streetwear,” including hoodies, joggers and redesigned sneakers. Since last year, he’s been an artistic director at luxury label Louis Vuitton.

Racks of his designs ranging from a cream fur coat to neon red knee-high boots to a black and white dress designed for Beyoncé are in the first galleries of the exhibit.

And there are T-shirts — blue, yellow, neon green. Early in his career, Abloh screen-printed T-shirts to look like ones he saw in magazines from Japan or Paris. That design concept, incorporating text or a graphic, is still present in his designs for Off-White, like including a pocket-sized image of the Mona Lisa or the message, “Watch Your Back” across the chest.

“I still feel like I dress the same way that I did in high school,” said Abloh, who grew up in Rockford.

One display features about 75 shoes Abloh adapted from their original designs by changing the color, laces, structure or shape.

Abloh can’t point to just one source of inspiration for his many designs, which include furniture for Ikea, but he said “nothing compares to conversation and traveling,” like dinner with friends or meeting new people. 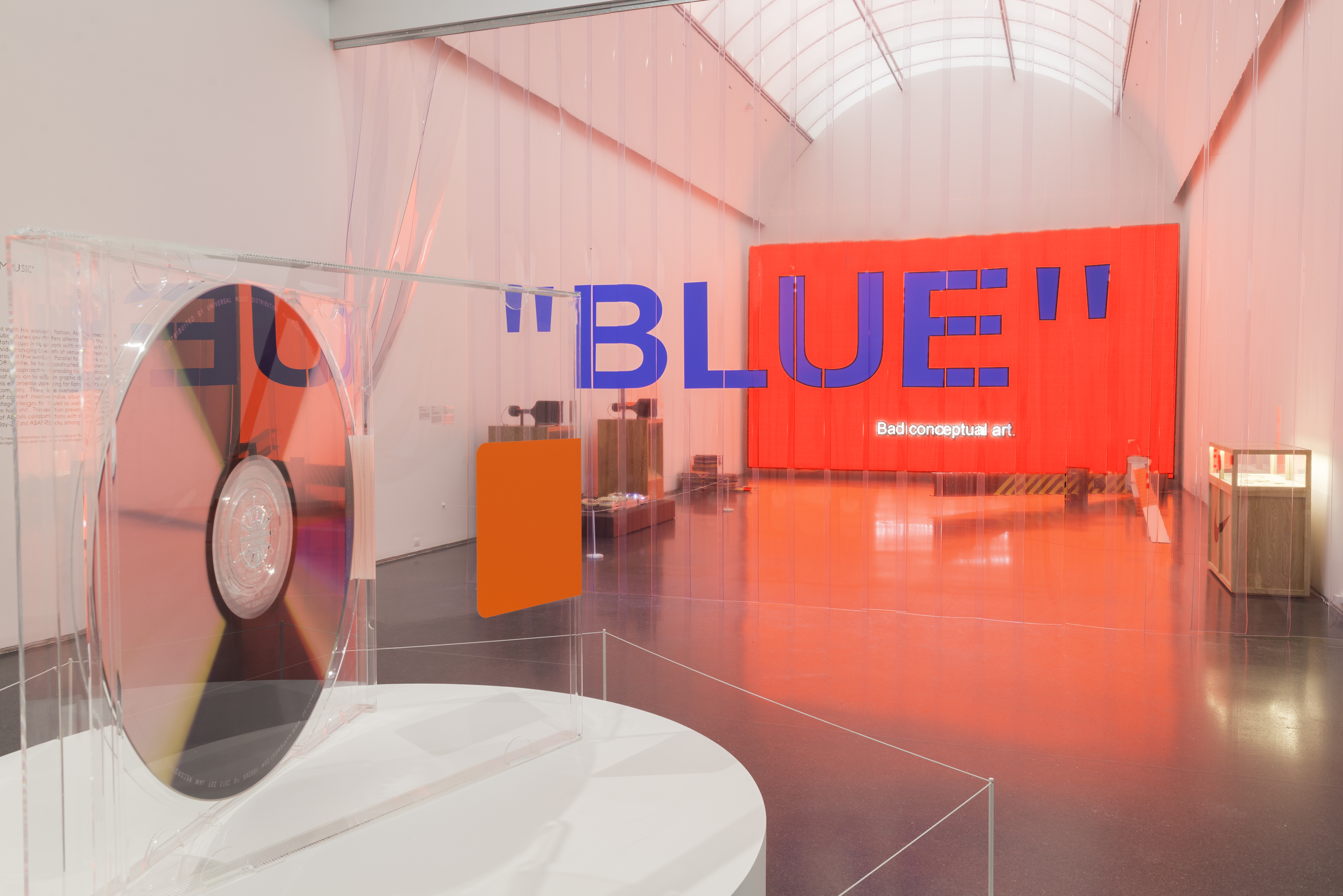 " is unique in its approach.

Abloh said the intention is to show that many disciplines — fashion, architecture, music — can exist in the museum space. And he hopes it sparks new forms of art for the next generation.

MCA curator Michael Darling said the designer was clear from the beginning about the goal of this exhibition: “To create five more Virgil Ablohs.”

"Figures of Speech" runs through September at the Museum of Contemporary Art at 220 E. Chicago Ave.

Carrie Shepherd is a news reporter for WBEZ. Follow her @cshepherd.