Rahm Emanuel, who was re-elected this year after a tough campaign, says the tax hike is the best way to address deep financial problems caused in part by Chicago's vastly underfunded pensions. 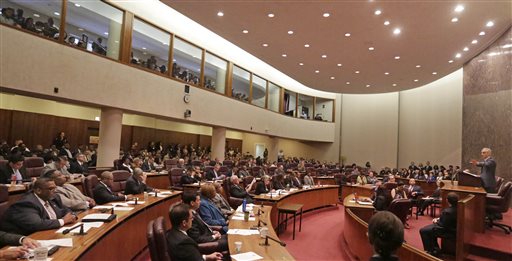 This year, Chicago Mayor Rahm Emanuel got himself re-elected after a tough campaign. And now comes a tough question of governing. Candidates did not talk much about higher property taxes during the campaign, but now the mayor wants Chicago aldermen to approve a tax increase. The mayor says the tax hike is the best way to address deep financial problems caused in part by Chicago's underfunded pensions. NPR's Cheryl Corley reports.

CHERYL CORLEY, BYLINE: Mayor Emanuel first talked about Chicago's good economic news during his budget address, pointing to a big drop in the city's unemployment rate and the relocation of several business headquarters to the city. But there's always been a looming fiscal crisis, and Emanuel said the seeds of it began long ago, when questionable borrowing by the city created long-standing deficits, and inadequate contributions to employee pensions left Chicago with the worst-funded pension system among major cities.

RAHM EMANUEL: Raising property taxes is a last resort. It is why we have never increased them in the last four years, but we must solve the pension challenge we inherited, and there are only two options.

CORLEY: One option - cutting services. Emanuel ticked off cost cutting reforms made in previous budgets, but said to cover the pension costs, he'd have to let 20 percent of the police force go, 40 percent of the city's firefighters and take other severe steps. The other option is his proposal - a record half-billion-dollar-plus tax hike spread over four years that would fund the pensions of firefighters and police. After the mayor's address, Alderman Robert Maldonado says such a massive tax hike will be hard for him to sell to residents in his Chicago ward.

ROBERT MALDONADO: To get another slap in the face in terms of property taxes, that's not something that they're going to stomach easy. 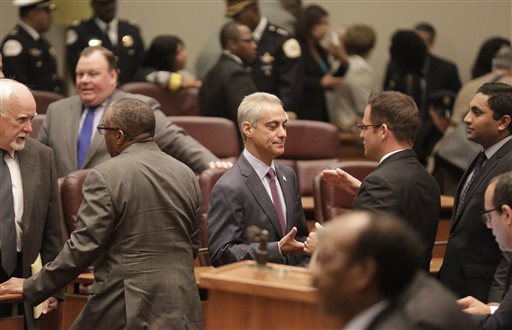 CORLEY: In an effort to block the proposed tax hike, Emanuel has asked Illinois lawmakers to approve expanding tax exemptions for owners of less expensive homes. That would mean the lion share of the tax would fall on the owners of more costly homes and commercial buildings. But getting approval is a tough prospect in a statehouse where the Republican governor and the Democratic-led legislature have been locked in a stalemate over the state budget since July 1, and the governor has called for property tax freezes. Alderman Carlos Ramirez-Rosa said Emanuel has also ignored suggestions made by the city council's progressive caucus.

CORLEY: But Alderman Will Burns says the proposed Chicago property tax hike is a necessity.

WILL BURNS: It's to make sure that our city doesn't end up in bankruptcy. We don't have some federal judge dictating how much pensioners receive or what city services are funded or what the taxes are going to be. We have an opportunity to avoid becoming Detroit, and that's what we're doing today.

CORLEY: In addition to the tax hike for pensions, Emanuel is taking other steps to repair the city's low credit ratings and ease an estimated budget deficit of $750 million. One includes requiring all Chicago property owners to pay for garbage pickup. Currently, Chicago is just one of three major cities, along with Boston and New York, that hauls away garbage free for most residents. Recognizing all the political risks that come with approving the tax hikes and fees, Emanuel offered Chicago aldermen a pep talk of sorts.

EMANUEL: I believe we will be remembered as the men and women who pulled Chicago back from the financial brink and made Chicago stronger.