Chicago police officers are seeking more help from department therapists than ever before, according to city data obtained by WBEZ. The increase in mental health contacts came as the department grappled with a rash of officer suicides.

Department records show that in 2018, there were nearly 25,000 “contacts” between department clinicians and department members and their families. That level of engagement with police counselors dwarfs numbers from any prior year this decade, and it is more than double the number of contacts in 2016. WBEZ obtained clinician contact numbers from each year going back to 2010, with the exception of 2011, for which the department had no data. 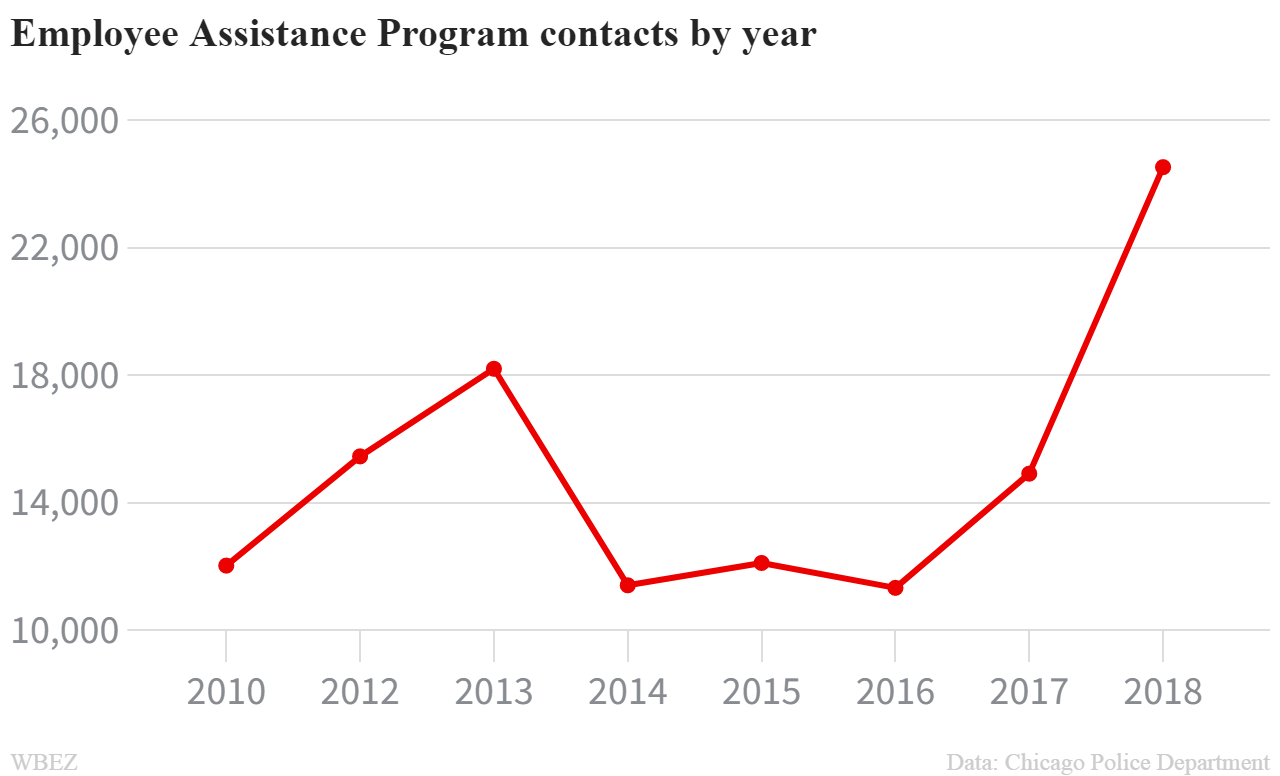 www.wbez.org/shows/wbez-news/chicagos-police-suicide-rate-is-higher-than-national-average-whats-being-done-about-it/20540807-ccb3-4cce-a0b0-d14ec97a7030">each police district to encourage officers to seek help if they were struggling emotionally. Department leaders said it was the first attempt at such outreach.

Seven Chicago police officers have died by suicide since last July, including three who took their own lives while on-duty or on department property — something that experts said is rare among officers.

The Police Department is unable to provide historical numbers on officer suicides, Guglielmi said. But the U.S. Department of Justice found that between 2013 and 2015, CPD had a suicide rate up to 60% higher than the national average for law enforcement officers.

“The goal is to eliminate suicide throughout the department,” Johnson said. “That is a lofty goal, but I believe it is one that is worth striving for.”