Hundreds of Chicago public schools collectively need more than $3 billion in repairs — including leaky roofs, unreliable boilers, and decaying windows that are made worse year after year as critical needs are deferred.

And yet, school staff, parents, and students have no way of knowing when — or if — their buildings will ever get attention from the cash-starved school district.

At the same time, Mayor Rahm Emanuel, who oversees the school district, is actually spending money on facilities. But relatively little of it goes to building upkeep and repair. About 60 percent of the $3.4 billion budgeted for Chicago Public Schools facilities since his election in 2011 has gone for new building, for additions, to improve technology, or to renovate schools to bring in new programs, according to CPS data.

Most of the $3.4 billion comes from issuing bond — debt that CPS will be using taxpayer money to pay off for decades.

Advocates have long pushed for more transparency in how these decisions are made. They say it is frustrating when Emanuel announces a new project out of the blue when so many basic repair needs go unmet, especially when it crops up during re-election season.

An education organizer from the community group Blocks Together says these decisions leave many outraged.

“Taxpayers and parents are trying to find out where was the financial priority for my school, especially when there are critical repair needs ... that are not being addressed,” Cecile Carroll said. “It makes it seem very political.” 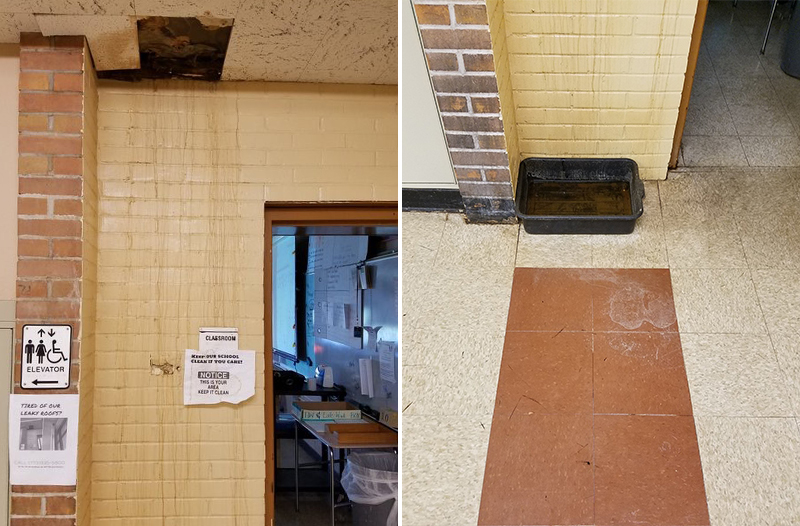 CPS finding it increasingly difficult to put off pressing repairs

These issues are coming to a head. In the wake of reports about filthy school buildings, parents are increasingly pointing to structural issues that make it difficult to keep schools free of mold, rodents, and layers of dust.

In May, the school district released a paltry $189 million building repair budget.

But Emanuel and school leaders say they plan to borrow millions in the coming weeks to tackle a range of facilities projects. CPS officials say they can borrow because the district is in an improved financial position after years of constant fiscal crises. Also, two years ago, the city approved a $45 million annual tax levy to raise money for school facilities. The school district still has room to borrow against it.

But some of that money is already spoken for. Just last month, Emanuel announced plans to spend $75 million for new and renovated high school science labs.

“We are going to the Tesla era from the Sputnik era,” Emanuel said as he announced the investment, which was not included in the $189 million capital repair budget the school district had released just two weeks earlier. Emanuel and school district officials say they plan to borrow more money in coming months.

He said having state-of-the art labs will help students envision careers in the sciences.

CPS CEO Janice Jackson stood by the mayor during the announcement. She said providing new labs across the district is an issue of equity.

But balancing the mayor’s dictates with the critical needs in existing buildings is becoming increasingly difficult for school district officials. At the May Chicago Board of Education meeting, a group of students from Washington High School on the Southeast Side confronted board members about the sorry state of their school.

“The roof has been leaking for years, and at this point, is falling apart,” Kimberly Esquivel told board members. The school’s temperature control system is so out of whack, she said, that on the day juniors took the SAT college entrance exam some were sweating, while others were shivering.

Chief Operations Officer Arnie Rivera quickly acknowledged the student’s concerns. He said their school had risen to the top of the repair priority list, and his office was putting together a scope of work to go out to bid.

But board members looked distressed. Member Mark Furlong asked Rivera to try to quantify his understanding of situations like those at Washington where “10 is complete knowledge and 1 is rudimentary. Where do you think your team is now?”

Rivera didn’t respond directly, but he said there likely are other schools in the same predicament.

“The issue we have dealt with over the last few years is our capital budgets, due to the financial situation we have been in, are pretty barebones,” Rivera said. “We have $1.9 billion of critical need. When you are only doing $100 or $150 [million] annually, then you are only really getting to the worst of the worst.”

Rivera also mentioned that the school district is required by state law to assess its buildings’ needs every other year. But what he didn’t say is that neither these assessments, nor the school district’s master facilities plan, offer much insight into which schools are in most urgent need of help or how the district decides which to fix first with its limited budget.

Sarah Rothschild, a researcher with the Chicago Teachers Union, said it’s impossible to use the 2015 assessments to determine which buildings are in greater need than others. Hundreds and hundreds of structures and pieces of equipment in hundreds of schools, such as boilers and roofs, are rated as “needing full replacement.” But few are rated as failed or on the verge of failure, she said. That makes it nearly impossible for schools with a failing structure to know when they will be repaired. 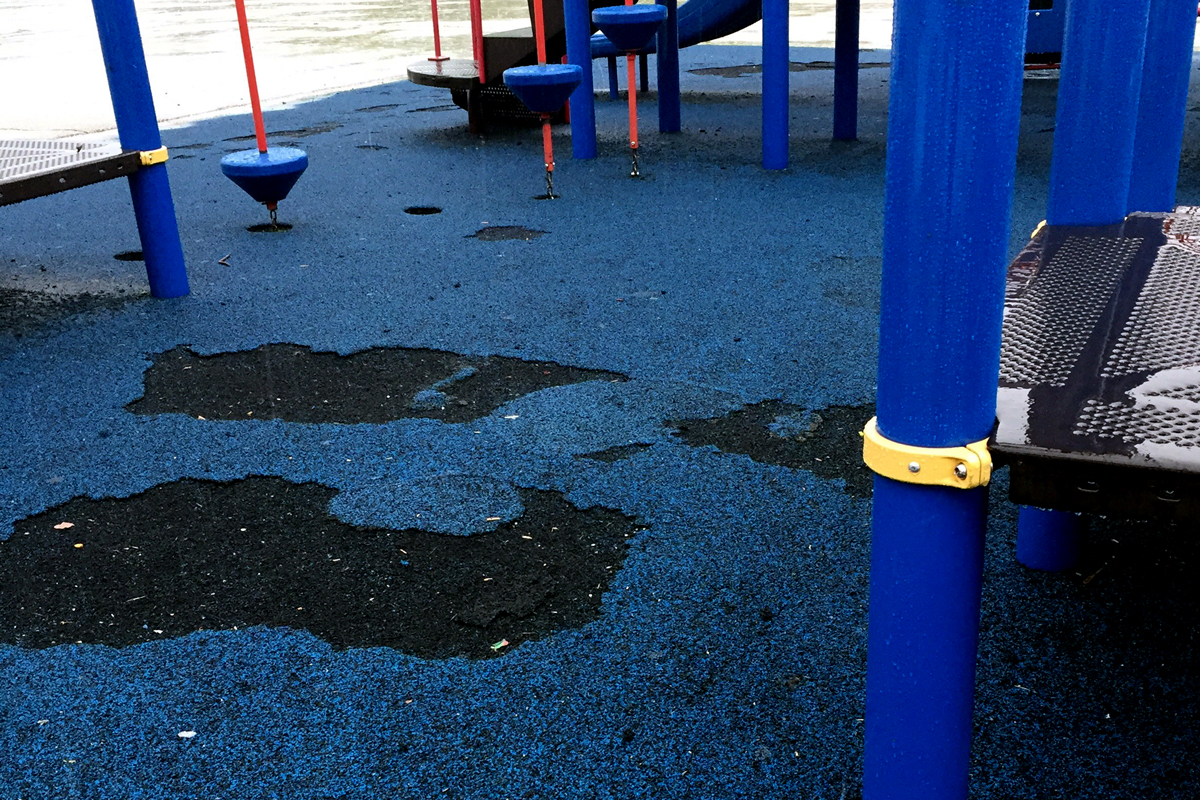 Also disappointing has been a newly required 10-year master facility plan. Rothschild and other advocates thought they had won a major victory in 2011 when they got a state law passed requiring the school district to hold hearings to get input for a 10-year plan. The plan is updated every other year.

Advocates envisioned a forward-looking plan that would lay out when facilities would get fixed, as well as look at school building utilization and how it jibes with projected enrollment and population shifts. Instead, the plans have been more a statement of what currently exists. CPS recently put a new version out and will be holding community hearings on it over the next few weeks.

Rothschild said it continues to be opaque. 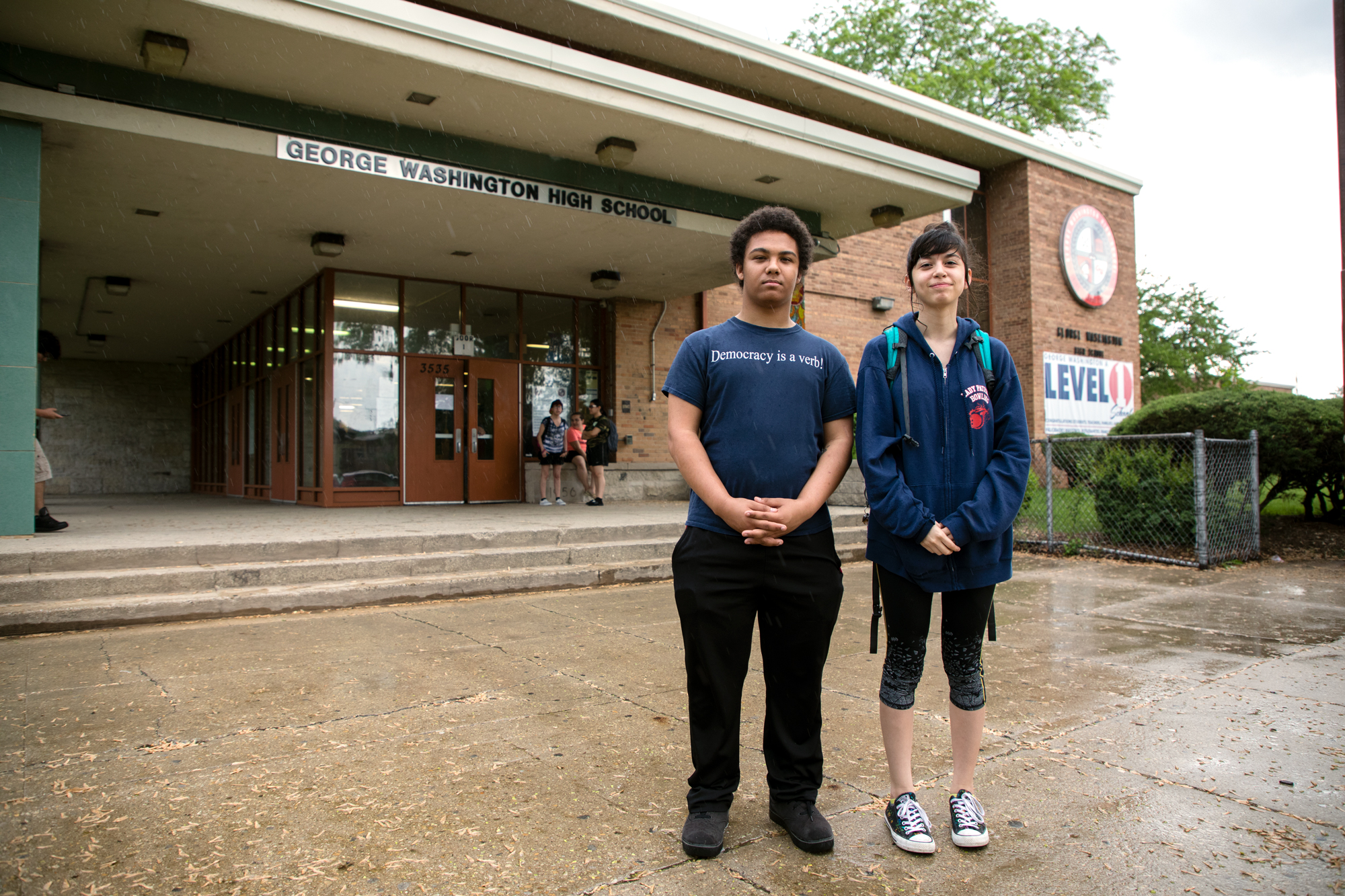 Rothschild and others also point out that Emanuel will announce projects, like the science lab renovations or recent news of plans to accommodate universal full-day preschool, that are not mentioned as a priority in the master plan.

The plan doesn’t even lay out how CPS is going to address overcrowding. Looking at the top 10 most overcrowded schools in 2013, two have gotten new modulars, and one has gotten an annex. The rest have gotten nothing.

Meanwhile, several schools lower down on the overcrowding list have gotten additions.

Carroll worked with state lawmakers this year to introduce a bill that would strengthen the education facilities law. Among other things, it instructs CPS to consider boundary changes to relieve overcrowding before building new schools or additions.

Sarah Karp covers education for WBEZ. Follow her at @WBEZeducation and @sskedreporter.