Chicago Public Schools took the dramatic step last spring of voting to phase out three severely under-enrolled high schools in one South Side neighborhood by 2021. But next week, when the new school year officially begins, one of three won’t be welcoming any students.

Chicago Public Schools confirms TEAM Englewood — one of the Englewood schools set to begin phasing out this year — will instead close for good. Officially, the school district refers to this as “zero enrollment.” It simply means it has no students.

As expected, the two other high schools, Hope and Harper, are projected to have small student bodies. Harper likely will have about 100 sophomores, juniors, and seniors in a building designed for 1,400, while Hope will have about 40, according to Chicago Public Schools.

Those three high schools — plus a fourth, Robeson High, which closed in June — are being shuttered to make way for a newly constructed school set to open in fall 2019. That single school will serve the entire Englewood community.

This closure and phase-out plan represents an experiment underway at CPS: The school district is simultaneously closing schools, while softening the blow by building a replacement state-of-the-art facility.

Still, community members protested the original plan for Englewood, which would have closed all four schools in June. They were outraged that current students would have to transfer to existing CPS schools and never get the chance to attend the newly constructed school.

School district officials eventually compromised, allowing current TEAM, Hope, and Harper students to stay through graduation if they wanted. Robeson was closed because the new school building is being constructed on its campus. 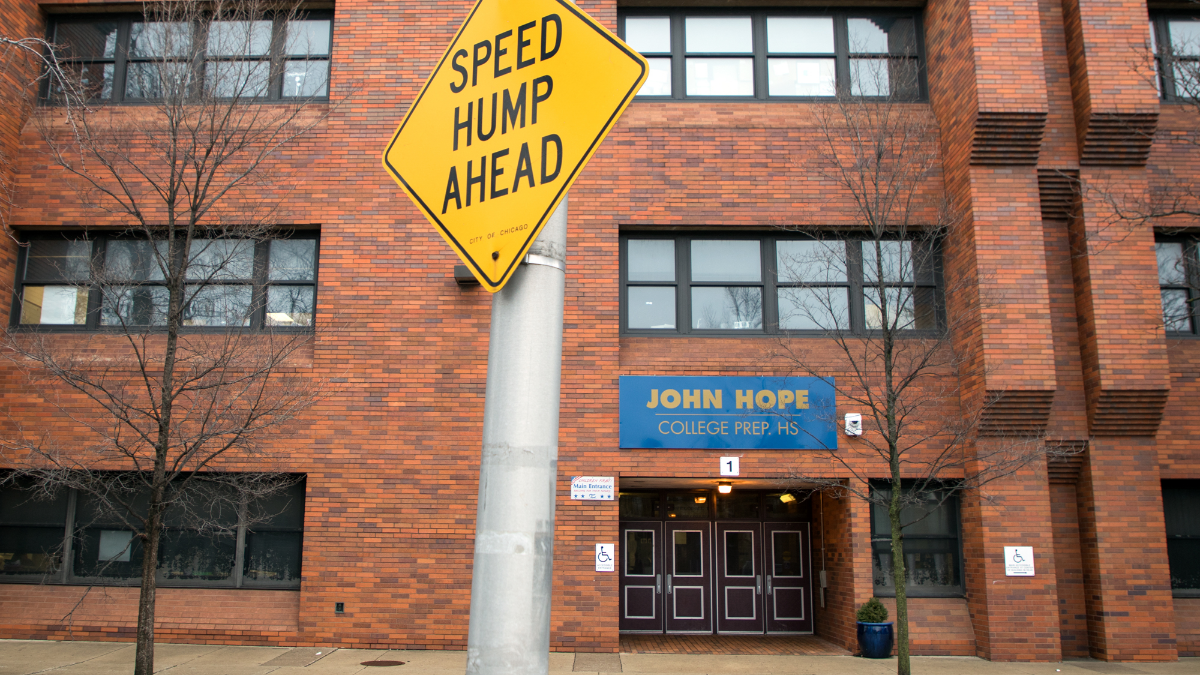 Melissa Hughes, a founding teacher at TEAM Englewood, said TEAM staff decided it was better for current students to transfer. Schools get money based on enrollment, so schools with few students must contend with a depleted budget. TEAM was projecting 60 students at most this year.

“You no longer have an art class … you no longer have a real gym class,” said Hughes, who left TEAM last year for Michele Clark High School, another CPS school. “They just wanted the students to have a richer high school experience.”

Hughes said she and other former staff and students understand why the school closed early. But they are still devastated by the loss.

TEAM Englewood started 10 years ago under Renaissance 2010, the massive initiative launched by Mayor Richard Daley to open 100 new schools. Unlike the many privately run, publicly funded charter schools that popped up, TEAM Englewood was run by the school district.

It was designed by teachers as a small, community driven school. The founding staff asked the community what they wanted for their children — and then tried to provide it for them.

“It was really exciting and hopeful,” Hughes said. “We knew we had this very important task.”

Like other new schools, TEAM Englewood got extra startup money. Dave Stieber, another founding teacher, remembers thinking that TEAM had what every school should have.

But the money went away after three years. Also, because of the district’s per-pupil funding model, it was difficult to remain a small school.

At the same time, the area’s population dropped, and the school district continued to open up new schools, creating an abundance of seats.

As the school lost money, it also lost students and — as it has been the case for many schools in Chicago —  TEAM Englewood spiraled downward.