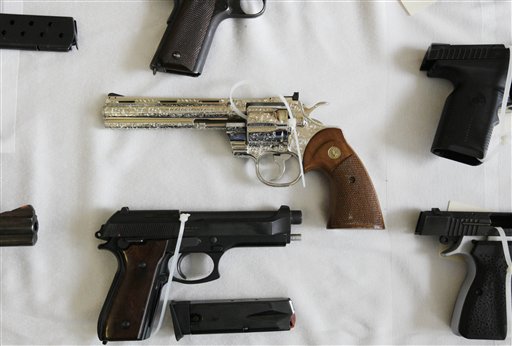 CHICAGO'S GUN PARADOX. Despite bans on assault weapons and high-capacity magazines and no gun ranges, the city has a huge gun problem. A New York Times report has put Chicago at the center of the national discussion on gun safety.
* Times map: Where all those Chicago guns come from.
* Strange days: Fox News' Bill O'Reilly applauds Times report.
* Emanuel calls Chicago girl's shooter a "punk."
* Commentary: Obama should attend victim's funeral.
* Republican Kirk and Democrat Gillibrand team up for bipartisan federal gun-trafficking bill.
* Gun owner in The New Republic: "The gun-owning community can demonstrate precisely the sort of reasonable public-mindedness of which some believe it to be incapable."

ONE GOAL ... is all it took to end the Blackhawks' record winning streak.

ANNOUNCEMENTS.
* News quiz tomorrow. How'd you do on last week's?
* Could this be the cure for blogging with cold feet?