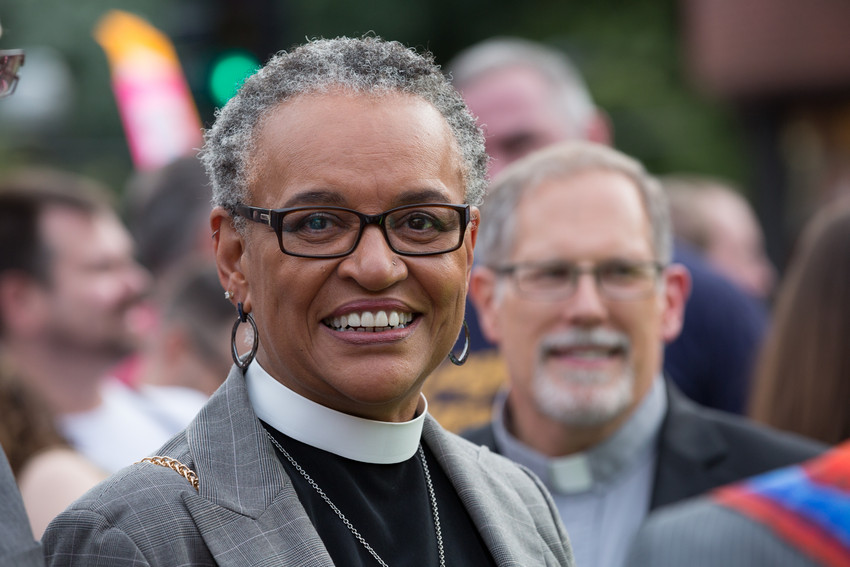 In fact, over 300 signed a letter asking members of the Illinois House to support The Religious Freedom and Marriage Fairness Act.

The bill passed this week does not require any religious organization or leader to “accommodate” same sex marriages.

But state law doesn’t mean much when it comes to church law.

“We’re given authority from a secular point of view,” said Reverend Tolliver. “But from a religious dimension we are not.”

Instead Reverend Tolliver and his Episcopal peers are permitted, as of 2012,  to “witness a same-sex marriage and perform a rite of blessing.”

The Reverend says that includes everything but the “contractual parts,” the “do you takes” and the “ I now pronounce you….”

For many, that’s kind of the meat on the bone of a marriage ceremony. But Illinois Episcopalians will continue to follow their Book of Common Prayer, which still defines marriage as a rite between a man and a woman. Revered Tolliver says that situation is unlikely to change until 2015, when members hold their next general convention.

While the Episcopal Church has taken a one-size-fits-all approach, Larry Greenfield, the Executive Minister of the American Baptist Churches of Metro Chicago, says his organization leaves it up to individual churches.

“I can advise, counsel, urge, even come close to twisting their arms,” said Greenfield. “But in the end, it’s that local congregation’s decision.”

There are 64 churches in the ABCMC and Greenfield says they run the gamut, from “highly supportive to fervently against, and then everything in the middle.”

To Greenfield, that mix reflects both the mission of his church and democratic principles.

“The imposition of state or religion on the freedom of a congregation to make that decision would be a violation of our position about the nature of Christian faith,” said Greenfield.

If he were asked to perform a same-sex marriage, Greenfield says he would, “absolutely.”

“I am member of a faith community that believes love is the supreme reality and responsibility of all human beings,” says Greenfield. “I’d welcome the opportunity to bless that union.”

He came out in support of gay marriage in 2011, a decision he says wasn’t at all difficult.  But he won’t perform a same-sex ceremony in his church sanctuary anytime soon.

“The church would have to come together as a body and say how they feel about it, how comfortable they are,” said Reverend Jakes. “Because it’s not a dictatorship. I really do engage them in the process.”

The Reverend says he hopes they come to terms through conversation. Right now though, he’s more focused on keeping his flock together.

“Character assassination is going to happen,” said Reverend Jakes. “We are to continue to pray for one another, because we will be bastardized and demonized based upon what we believe.”