Cook County will now hold juvenile probable cause hearings on weekends and holidays.

It means children will no longer be locked up for more than 48 hours before they see a judge.

The change comes just two weeks after four parents filed a federal lawsuit that claimed Cook County violated the constitutional rights of juveniles by not letting them see a judge on weekends and holidays.

The speedy change in process was spurred by blunt comments from Judge Thomas Durkin.

In an earlier hearing, Durkin called it “a glaring inconsistency” that the county holds hearings for adults 365 days a year, but does not do the same for juveniles.

“It is mind boggling to me that adults, who are less fragile, get before a judge more quickly than juveniles,” Durkin said last week.

When the attorneys raised logistical concerns about holding juvenile hearings over the weekend, Durkin brushed those comments aside.

On Tuesday, attorneys for the county and for Cook County Chief Judge Timothy Evans presented a proposed order to address the inconsistency.

Under the proposal, the juvenile court would be required to hold probable cause hearings every day of the year.

County attorneys said it will take “a few weeks” to implement the change.

The lawsuit was filed by the parents of four teenagers who spent more than two days in the Juvenile Temporary Detention Center waiting for a hearing. In one instance, a 17-year-old allegedly spent about 55 hours locked up before he was released without any criminal charges and without ever appearing before a judge.

The lawsuit continues because the parents are seeking damages for the time their children were locked up without seeing a judge.

“We have four individual children who were affected by this … so they have individual claims for violation of their individual rights,” attorney Adele Nicholas said. “Certainly no one is looking to have a large payday from this, but it’s just a matter of accountability.” 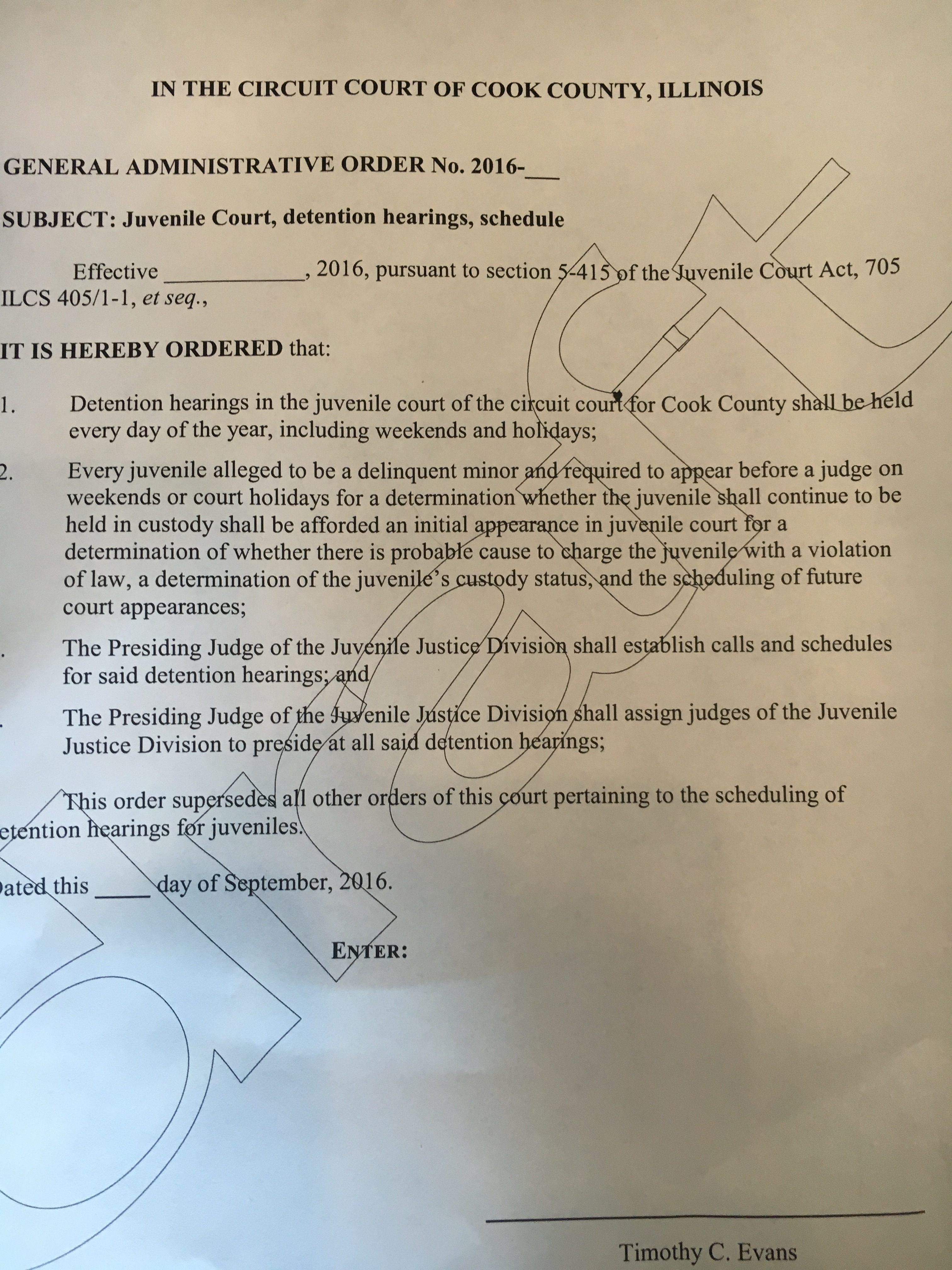 A draft copy of the general administrative order requiring the juvenile court of Cook County to hold detention hearings every day of the year, including weekends and holidays. Patrick Smith/WBEZ