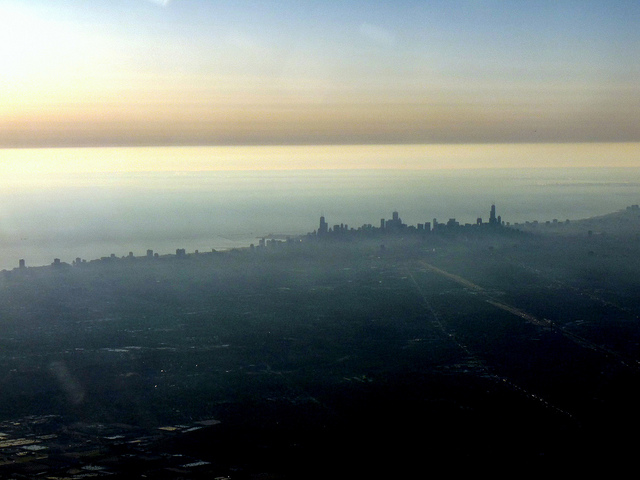 Spring weather can be a breath of fresh air for many Chicagoans, but a foul forecast for air quality in Cook County is a reminder that high pollution and asthma rates persist in many of the nation’s large urban areas.

The American Lung Association released its annual “State of the Air” report Wednesday, and while our air is cleaner than it was a decade ago, Cook County received Fs across the board.

Compiling data from states, tribes and federal agencies, the ALA report ranked the nation’s cities and counties according to their levels of ozone, year-round particle pollution and short-term particle pollution.

Chicago ranked 16 in the nation for short-term particle pollution. Central and Southern Californian metros dominated the report’s “Most Polluted Cities” rankings across all three categories.

Lake County also failed, but the ALA gave Bs to Kane, DuPage, McHenry and Will counties.

Four in 10 Americans (131.8 million people) live in counties that had unhealthy levels of either ozone or particle pollution between 2009 and 2011.

As the city shuts down coal plants and cuts coal from its power supply, future reports could give Cook County a sunnier outlook. But the region’s high poverty rate means a minority of its residents shoulder a greater share of the burden.

“No one should be surprised by the grade Cook Country was given, but we ought to be alarmed,” said Matthew Siemer, program and development manager for the Mobile C.A.R.E. foundation.

His group runs a mobile asthma clinic that treats poor and uninsured patients with respiratory problems.

“Respiratory illnesses like asthma and COPD [chronic obstructive pulmonary disease], which have been linked to poor air quality, affect 25 percent of low-income residents. These diseases are costly, debilitating, and can even fatal when they aren’t regularly treated.”

It’s not the first time the area has flunked an ALA examination. In January the organization said Illinois needed to invest more to reduce tobacco consumption. They gave the state Fs for tobacco prevention and support for smokers trying to quit. Cook County received an F in last year's "State of the Air" report, too. 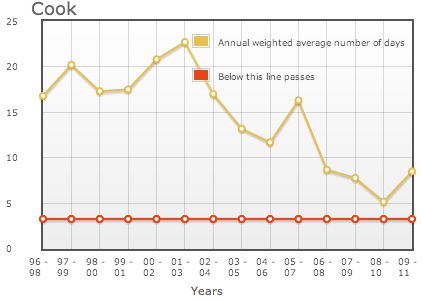