Chicago Public Schools is moving to debar a for-profit company that runs five small schools in Chicago after the inspector general found it improperly gained access to the school district’s corrupt former leader and manipulated the district’s contracting process.

The company also failed to disclose the lobbyist that provided them the inside track and tried to “blackball” one of its competitors, according a report released Tuesday by the school system’s inspector general.

Debarment proceedings could lead to the company’s contracts being terminated and to the closing of its five schools, which work with dropouts and expelled students.

Executives from Camelot LLC, a Texas-based for-profit school group, acknowledged they are the subject of the report. They strongly refute the findings that Inspector General Nick Schuler called “egregious.”

Camelot found its way into Chicago with help from two educational consultants who are now in prison, the IG found. Gary Solomon and Tom Vranas pleaded guilty in 2016 of promising kickbacks to former Chicago Public Schools CEO Barbara Byrd-Bennett, who is also in prison for her role in the scheme.

Camelot has been paid $67 million by the school district since 2012 to run its small school for dropouts and expelled students. Last October, Camelot enrolled about 900 students and it has graduated about one thousand students. This is a meteoric rise for a company that had no presence in Chicago just six years ago.

Schuler said he knows closing the schools might be disruptive to students. Short of closure, he said Camelot should face a hefty fine and be overseen by a monitor paid for by the company.

But Schuler said the findings were serious.

“These secret avenues they had to Barbara Byrd-Bennett goes to the way they established the foothold in Chicago and did it quickly,” he said. “It goes to questions of insider dealing.”

Schuler also is recommending that CPS create a “public-facing” lobbyist register. Currently, companies are supposed to disclose lobbyists but that information is only available to the public by request. 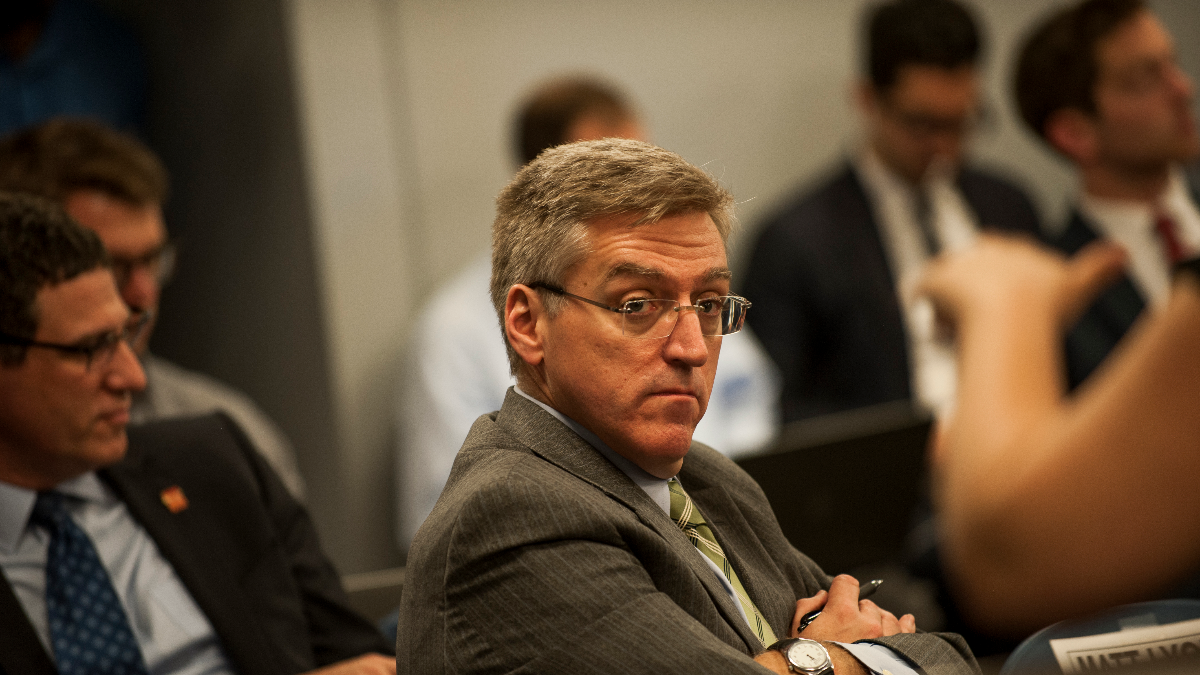 Camelot runs 43 schools across the country, with sites in Philadelphia, Houston, and Camden, N.J., among other locations.

Camelot’s chief executive officer said Camelot rejects many of the inspector general’s findings, calling them “inaccurate” and “inflammatory.” He said Camelot will fight to keep its schools open.

“The IG’s recommendations are disproportionate to the truth and they are based on findings that are inaccurate,” said Camelot CEO Andrew Morrison. “We look forward to meeting with the Chicago Board of Education and presenting the clear and relevant facts and circumstances, as we are confident it will absolve us of the inaccuracies presented by the IG.  We believe that once the Board of Education is presented with accurate information it will reconsider its position.”

He and other executives, who flew to Chicago to defend their company, said Solomon was hired simply to help them get business in Chicago and other cities.

Solomon owned companies that trained school district administrators, helped place administrators in school district jobs, and hired some of them to coach or run workshops. Solomon also ran a principal training program called SUPES Academy, which was at the center of the bribery scandal that brought down Solomon and Byrd-Bennett.

Camelot executives said they chose Solomon because they thought his connections could be beneficial in Chicago and elsewhere. Solomon and Vranas were paid about $300,000 for their work over 2 ½ years, and Camelot paid an additional $60,000 to sponsor a SUPES conference.

“It was really about making introductions and setting up meetings and things like that,” Morrison told WBEZ. Morrison said the company was never asked to disclose lobbyists, but also didn’t see Solomon as a lobbyist.

But he does admit some missteps. One is paying Solomon and Vranas a “success fee” of $25,000 for each Camelot school opened in Chicago.

Another is getting involved with Solomon at all. Camelot President Todd Bock said Solomon talked big, making a lot of promises. But he fired Solomon when he learned more about him.

“He was pushing us in a direction that we weren’t comfortable [with],” he said.

Bock and the other Camelot executives said they wanted to come to Chicago because they believed they could help students in the city. A report commissioned by CPS had found that 60,000 young people in Chicago were out of school without high school diplomas.

These schools also are key to Camelot’s bottom line. As a for-profit company, Camelot takes 10 percent off what CPS pays it to manage each campus. The school district also provided school startup and incubation fees that averaged about $800,000 per school.

And for its two schools for expelled students, Camelot is guaranteed payment for 150 students, though at times less than 10 students have been enrolled.  Last year, CPS reduced the number of guaranteed seats and closed one of these schools.

Budget records show that Camelot pays its teachers an average salary of about $43,000 — far below the average CPS teacher salary of more than $70,000.

It also employs large numbers of “behavior coaches.” A recent investigation by ProPublica and the Teacher Project found these coaches were essentially security guards. The report documented several cases outside Chicago where these coaches shoved or beat students in a practice called “slamming.”

Camelot also became entangled with some politically connected pastors in town. Some were paid to be consultants for Camelot. Camelot also currently pays more than $800,000 a year to churches to rent space for three of its schools.

WBEZ found three other instances where pastors intended to buy CPS schools to rent to Camelot, each with guaranteed rent of more than $100,000 a year. But those plans have yet to materialize or fell through after WBEZ wrote about them.