As someone brought up by parents who said it was innapropriate to wear bathing suits at amusement parks, the cropped top phenomenon has been strange to me from the get-go. I have seen it in a few places before: I was a child of the '90s, and thus exposed to Kelly Kapowski's wardrobe, I'm an avid fashion blog reader and, I mean, who hasn't seen Madonna's "Lucky Star" video?

But never have I seen so many navels as I did at this years Lollapalooza. 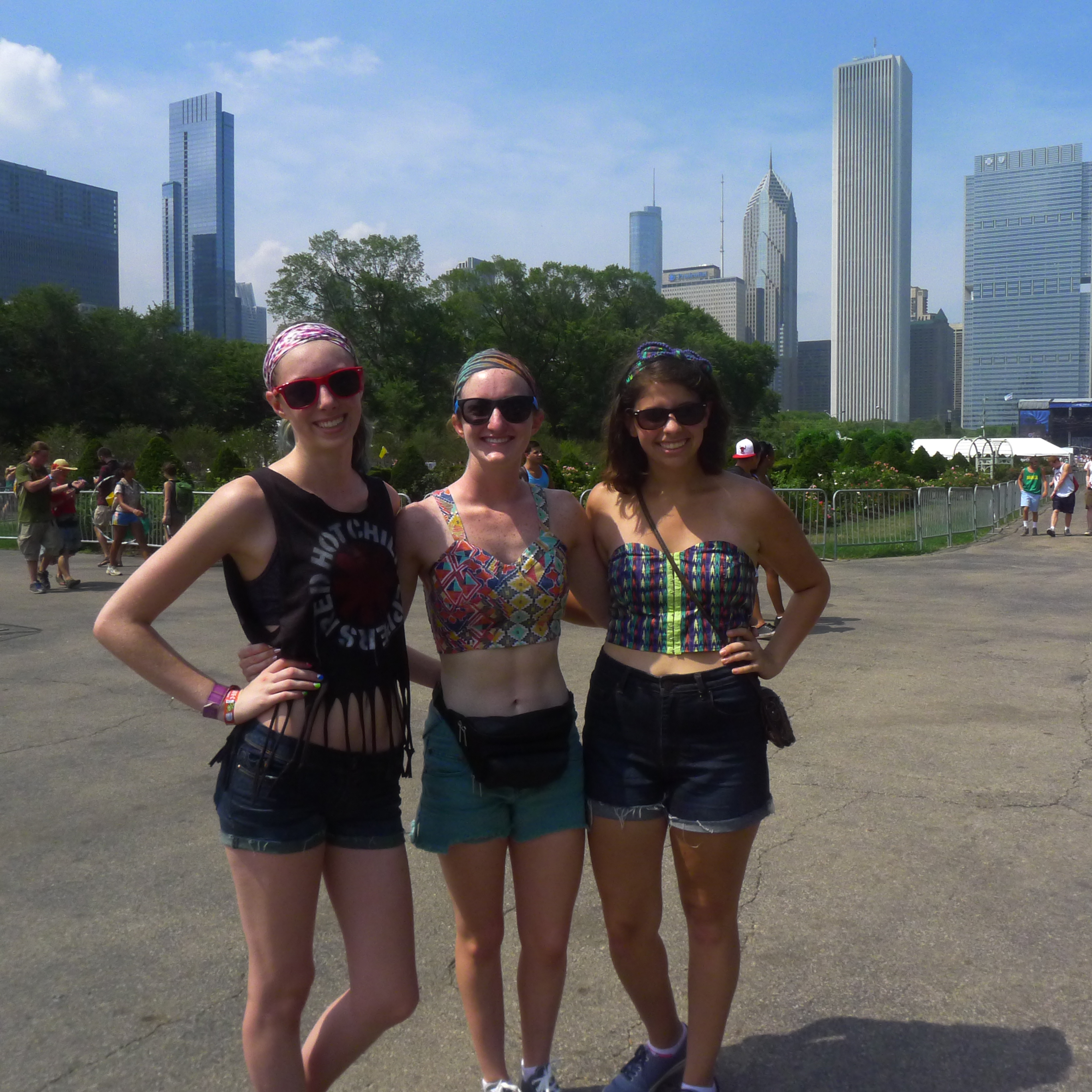 It wasn't surprising to me at first. Festivals always seem to bring out lots of skin and strange behavior. But after about an hour, I realized this was so much more than that. There were countless girls wearing tiny tank or tube top shirts, most of them paired with denim shorts. I counted 15 just standing between the BMI and Bud Light stages for just five minutes. And some of those girls were wearing sports bras or actual bras with shorts, as if they just had to get in on the trend. Women of all ages!

What is this all about? Where were all these girls' and womens' mothers? Since when was almost everyone confident enough to bare their belly button?

And so I decided I would dive in head first to get some answers. I headed to my local Akira, where I heard one shopper say to the staff there, "I need new Lolla clothes." Perfect.

But Akira was low on cropped top stock, I assume because of Lollapalooza, so I headed to Urban Outfitters, where I spent TWENTY NINE DOLLARS on a strapless, tribal print cropped top. Thinking that I would have been better served to start a crop top pop-up shop outside the festival, I ran home to change and hit the road.

My colleague Kate Dries was able to capture a bit of my apprehension on video. Note the cropped top wearing female to the right of the screen:

I eventually got up the courage to go full-cropped top, but I was no where near as confident as Mariah Harris, who I ran into at the Prius Family Playground.

While Mariah was all about the cropped top for style and to show off her washboard abs, Olivia Campbell, Stephanie Webber, Melanie Wood, Anna Schwartz told me it's more about keeping cool, temperature wise.

And maybe one other thing...

As for my own analysis, I can't say I was any cooler because less of my body was covered. It was scorchingly hot Saturday morning, and no cropped top was going to help me avoid that. And though I got under cover just before the big storm hit, I think the cropped top would have made getting drenched all the worse.

One thing's for sure, I definitely did not look out of place. Within the confines of the metal fences, wearing a cropped top seemed as much a part of the experience as drinking expensive beer alongside a lobster corn dog. It's not going to make or break your experience not to do it, but you're definitely going all-in if you do.

The only strange looks I recieved came as I boarded the 151 bus back home, where I promptly put my long sleeve shirt back on.