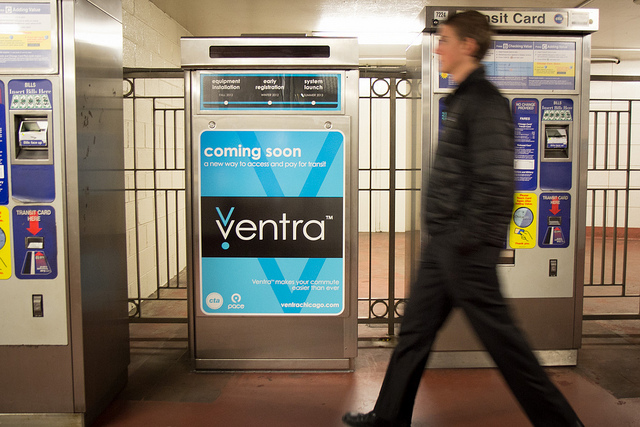 NEW CTA CARDS: TAKING YOU FOR A RIDE? An analysis of the huge contract with the company responsible for the forthcoming Ventra passes reveals potentially costly surprises if you opt for the debit-card version -- including $2 for a call to customer service. The Tribune's Jon Hilkevitch reports.

SPINELESS IN CHICAGO. In Chicago magazine, Steve Rhodes explores how the mayor always gets his way with the City Council: "When disastrous ideas come around ... they pass with flying colors."
* Sources to Sun-Times: Wrigley alderman OK with scrapping scoreboard for video version "as big as you want."

'WORSE THAN NIXON.' The First Amendment advocate who represented The New York Times when the government sued over publication of the Pentagon Papers says the Obama administration "is worse for press freedom than former President Richard Nixon."
* Climate-change-denying congressman to head subcommittee on climate change.

WILL CNN APOLOGIZE? More than 220,000 people have signed that online petition demanding the network take back its sympathetic coverage of the sentencing of two men convicted of rape in Steubenville, Ohio. The Atlantic says "it's hard to understand why CNN wouldn't feel compelled to address the backlash."
* Steubenville rapist to appeal because his "brain isn't fully developed."
* Two girls charged with social-media threats against Steubenville rape victim.

COLBERT BUMP. Stephen Colbert's sister, Elizabeth Colbert Busch, is the easy winner in the Democratic primary for a South Carolina seat in Congress.
* Colbert joins sister's political team: "I’m not worried about what it would do to me or my show to try to help her as myself – not as my character."

Meyerson + Kogan, 2 p.m. today on WBEZ's "Afternoon Shift."
What should we discuss? Your suggestions welcome.

ANNOUNCEMENTS.
* Suggestions for this blog? Email anytime.
* Get this blog by email, free. Sign up here.
* Follow us on Twitter: @WBEZ and @Meyerson.
* Looking for the most recent WBEZ Meyerson News Quiz? Here you go.