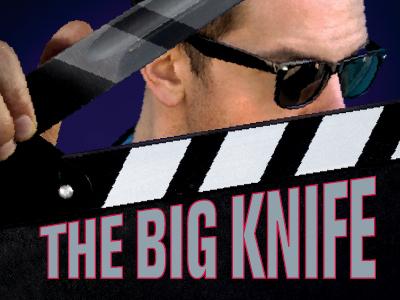 - If you go to Raven Theatre's 30th Anniversary ‘Raise the Curtain!’ Benefit Performance you'll get to hang out with their Board of Directors and see their first production for 2012-13, The Big Knife. Tickets are $50 and reservations are suggested. You'll also get some "pre-play libations" from Broadway Cellars, Castle Food and Liquors and Fritzy's Tavern, the last of which sounds like a delightful joint we should all go to as soon as possible.

- Sideshow Theatre Company's 2012-13 season "brings to light lingering secrets and apocalyptic preparations." They'll have Idomeneus, Maria/Stuart and The Burden of Not Having a Tail.

- Sordid Lives is getting an additional weekend. The playwright Del Shores will be at the midnight showing on September 7 because he'll be here for his own one-man show Naked. Sordid. Reality. which is at Mary’s Attic. Now it'll close for sure the 8th.

- I would tell you to read this story about the Annoyance's 25 years but you have to sign in to read it which might suck.