1. Freud's Last Session has been extended again through July 15, making it unclear when his actual last session will occur (yuck yuck yuck). They really want you to know that famous people have attended, as seen in the special "Celebrity Sightings" portion of the New York website. But in Chicago, that ad campaign will probably suffer: so far, we've got Chicago news anchors Ron Magers and Walter Jacobson who "each had a session." Sorry guys, you're not Barbara Walters or Woody Allen.

2. Los Carralejas: The Story of a Kidnapping will be presented in only 4 performances May 3 through 6 at Luna Central, Teatro Luna's new venue. It's a production by visiting group Colectivo El Pozo. But know before you go that it's in Spanish with English subtitles.

3. Now that it's warm again, The Second City's Neighborhood Tour is back. Hosted by the apparently delightful Margaret Hicks, tours of Old Town start May 22 and continue on Sundays and Tuesdays through October 28. 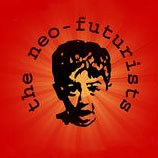 4. Just when you thought the onslaught was over, The Neo-Futurists announce their 24th season, which includes 44 Plays for 44 Presidents (a remount from 2001, and part of the Plays for Presidents Festival), Analog by Kurt Chiang (about the concept of fate), The Miss Neo-Futurist Pageant by Megan Mercier ("Through personal narrative, games, and competitive sport as devised by an ensemble of Neo-Futurist women, this spin on American beauty pageant forms explores the challenges of gender and societal identity as girls decide to become women") and of course, Too Much Light Makes The Baby Go Blind. What if they didn't renew it one year? WHAT THEN?

5. Talk Like Shakespeare Day was yesterday; if you talked like Shakespeare to the right guy, you got a free ride on the Navy Pier Ferris Wheel. I did it. It was fun, if awkward.