A website to submit scholarship applications crashed last week after more than 24,000 parents eager to sign up logged on within minutes of the application opening, according to Empower Illinois, a private group overseeing the majority of the state scholarship money. The technology snafu has trapped $34 million — 75 percent of the $45 million in donations pledged so far — and left tens of thousands of Illinois families temporarily unable to apply.

“Part of the reason we shut down our application — proactively, thoughtfully — was that we knew the demand had far, far outrun the actual funds we have available,” said Josh Hale, CEO of Big Shoulders Fund, a 30-year-old scholarship group that currently supports 76 Catholic schools in Chicago.

Hale said the group didn’t want to give parents “false hope” by letting them continue to apply for scholarships. So far, taxpayers have promised they’ll contribute $7.3 million dollars to Big Shoulders for the new tax credit scholarships; the group figures they’ll give out some 2,000 full and partial awards.

Illinois last month became the 18th state to launch a tax credit scholarship program for private schools, with taxpayers signing up for credits and students applying for scholarships. The “Invest in Kids” program allows for $100 million in contributions for scholarships and offers $75 million in tax credits to individuals and businesses as an incentive. It was added to a revamp of the state’s public school funding formula bill as a sweetener to Republicans.

Thousands of Illinois families are hoping their children can take part — but it’s not clear capacity can meet the demand.

Illinois parents seeking a scholarship must apply through charities authorized by the state to distribute the money. Nine charities have been identified.

But they were soon grumbling on social media.

“Has anyone gotten thru?” one prospective applicant asked in a comment on the Empower Illinois Facebook page.

“We have all planned, for weeks, to be available on this day at NOON. Saying that you will let us know when the problem is fixed is unacceptable,” another applicant wrote.

Empower Illinois said it’s working on a technology fix but isn’t sure when their website will be back up or when parents will be able to apply for the scholarships.

At DePaul College Prep, a Catholic high school on Chicago’s Northwest Side, the school library was converted to a scholarship application center on Jan. 31, with about 20 computers, scanners, and volunteers from the Archdiocese of Chicago on hand to help parents apply.

Zenia Gamez, who has three kids in Chicago public schools, arrived at 10:30 a.m. so she could be one of the first to hit “submit” for the first-come, first-served scholarships.

She wants her two older children to go to DePaul. In fact, it was her eighth-grade daughter who discovered the school. “She really, really likes this school. Her mind is so set on coming here,” said Gamez, a part-time nanny whose husband works for a home remodeling company.

“I knew we couldn’t afford the tuition on our salary basis, but when we heard about the scholarship, we kind of started getting really excited about it,” she said. “So I hope we do get it. I pray we get it!”

Tuition at DePaul Prep is around $12,000 per year. Families can qualify for 50, 75, or 100 percent scholarships, depending on their income.

The rest of the tuition bill would be picked up by Illinois taxpayers. That’s how this program works — and it’s why tax credit scholarship programs are controversial. Instead of paying taxes, Illinoisans can channel their money directly to private schools.

Taxpayers have pledged a total of $45 million dollars in scholarship money so far — $36 million of it coming in the first day of the program; they’ve committed $9 million in the month since.

Parent demand for the program appears similar to other states, according to John Wilson, director of the ACSI Children’s Education Fund in Colorado Springs, Colorado, which operates tax credit scholarship programs in six states, including Illinois. His local group, Children’s Tuition Fund of Illinois, has received almost 4,000 scholarship applications and saw a surge the day Empower Illinois’ online application crashed.

But Wilson noted that Illinois taxpayers have not contributed anywhere near the $100 million allowed under the program. “There’s a lot of money left on the table,” he said. “More than 50 percent of the contributions [allowed] haven’t even been pledged.”

A ‘game changer’ for Catholic schools in Illinois

“This program is a complete game changer for Catholic education in Illinois,” said Mary Dempsey, president of DePaul College Prep, who said the scholarships “will increase our enrollments, there’s no question.”

Catholic school enrollment has been declining for decades. Just last month, the Archdiocese of Chicago said it was moving to close another school in Chicago and four in the suburbs. 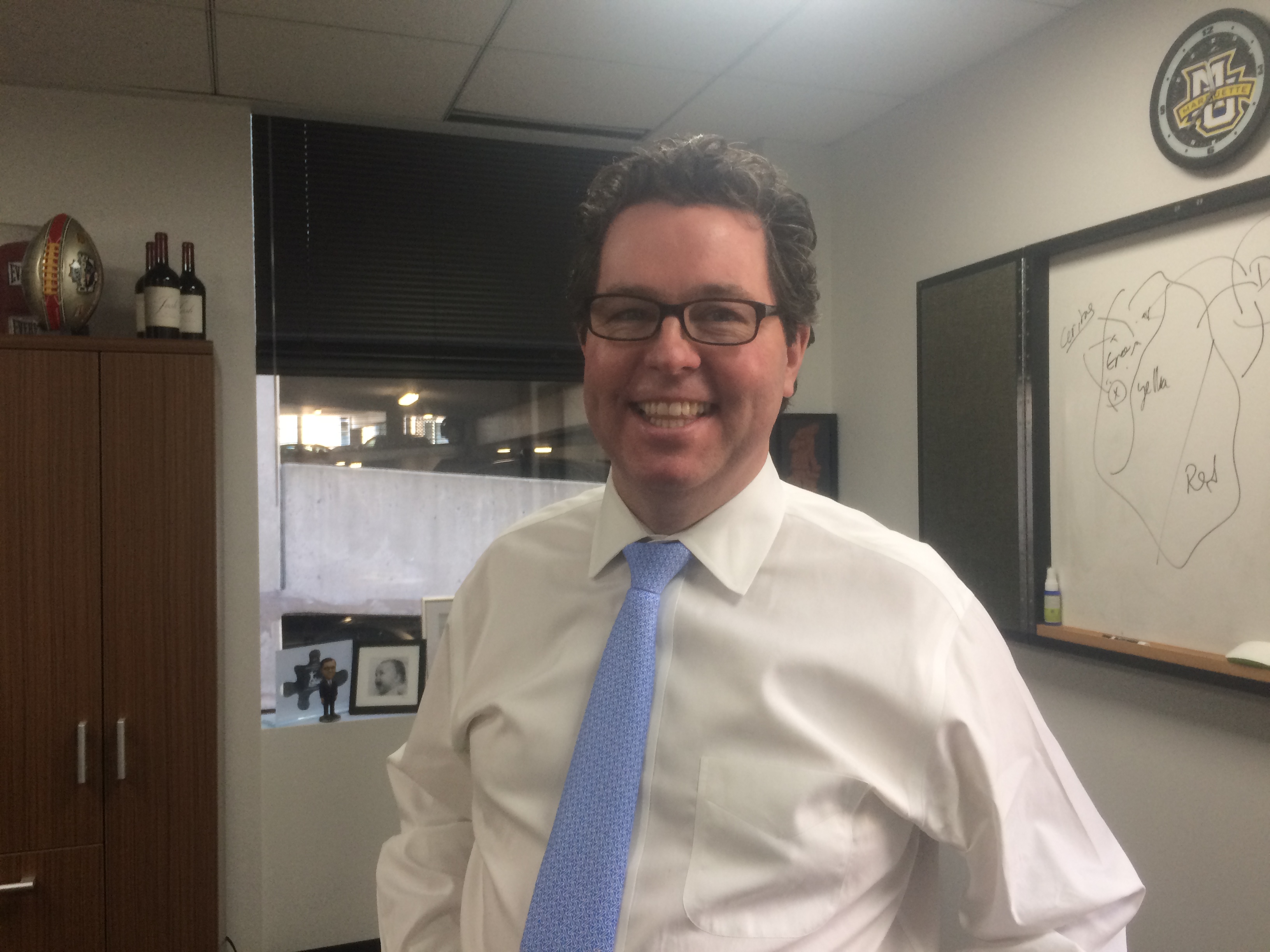 The tax credit scholarships also will help families who already attend private school. In fact, that could be the largest group of beneficiaries.

“This is the first time there’s been help for Catholic students, so that’s good,” said Edilsa Diaz, whose daughter is a sophomore at DePaul College Prep. “They’re students too, just like any other child.”

Diaz, who’s a cashier at a restaurant, gets a deep discount at DePaul. But she’s now hoping for a full ride on a tax credit scholarship. If she gets it, DePaul will be able to shift financial aid to new families.

Families can earn up to three times the poverty level and still qualify for the tax credit scholarships —  that’s $73,800 for a family of four. The lowest income families get priority through April 1. It’s estimated the program will end up benefiting between 6,000 and 15,000 students, depending on how many taxpayers make contributions.

Faced with the computer snafu, Empower Illinois sent parents an email on Jan. 31 saying it had suspended its website and it would “not process any applications.” Despite that, Empower Illinois the next day said it had granted a single scholarship to meet a state deadline. The group said a “small pool” of applications got past its technology problems, but they refused to give any further details.

Scholarship groups can take 5 percent of taxpayer contributions for administration. For Empower Illinois, that means $1.7 million. The group helped write the tax credit scholarship legislation and then lobbied for it under the name One Chance Illinois before going on to attract $33.9 million of the $45 million in taxpayer contributions.

In its latest statement regarding its website, Empower Illinois said it was working to ensure “a successful relaunch.”

“This is a delay only and does not impact the availability of tax credit scholarships from us or other SGOs [scholarship granting organizations] statewide,” Empower Illinois said at the end of last week.

Meanwhile, Zenia Gamez, Edilsa Diaz, and thousands of other of parents around the state who were disappointed by last week’s computer crash will wait for Empower Illinois’ application to re-open so they can at least apply.