The first casualty of the federal probe into Russian interference in the 2016 presidential election has Chicago roots, and got an immersion into Vladimir Putin’s government while on the campus of DePaul University.

Court documents unsealed Monday show George Papadopoulos, 30, pleaded guilty on Oct. 5 to one count of lying to the FBI about his 2016 interactions with an overseas professor who had ties to top Russian officials. The professor touted inside knowledge that the Kremlin had “dirt” on Democratic presidential candidate Hillary Clinton in the form of “thousands of emails.”

Papadopoulos spent at least a portion of his life in the Chicago area. He got his diploma in 2005 from Niles West High School in Skokie and graduated DePaul with a political science degree in 2009, spokesmen from both institutions confirmed to WBEZ.

It was at DePaul where Papadopoulos may have gotten his first taste of Russian politics.

He enrolled in a pair of intermediate-level contemporary Russian politics classes, said long-time professor Richard Farkas, who described his former student as “zealous and a bit simple.”

“I don’t recall him being an outstanding student,” said Farkas, who teaches classes in Russian politics and Russian foreign policy, both of which Papadopoulos took.

After leaving DePaul, Papadopoulos received a master’s degree from the University of London and was a four-year research associate at a politically conservative Washington, D.C., think-tank, the Hudson Institute, according to his LinkedIn account.

Later, he had a four-month stay on Ben Carson’s failed presidential bid that lasted into early 2016 before Trump included Papadopoulos in a six-person foreign-policy team headed by then-U.S. Sen. Jeff Sessions, who is now attorney general. 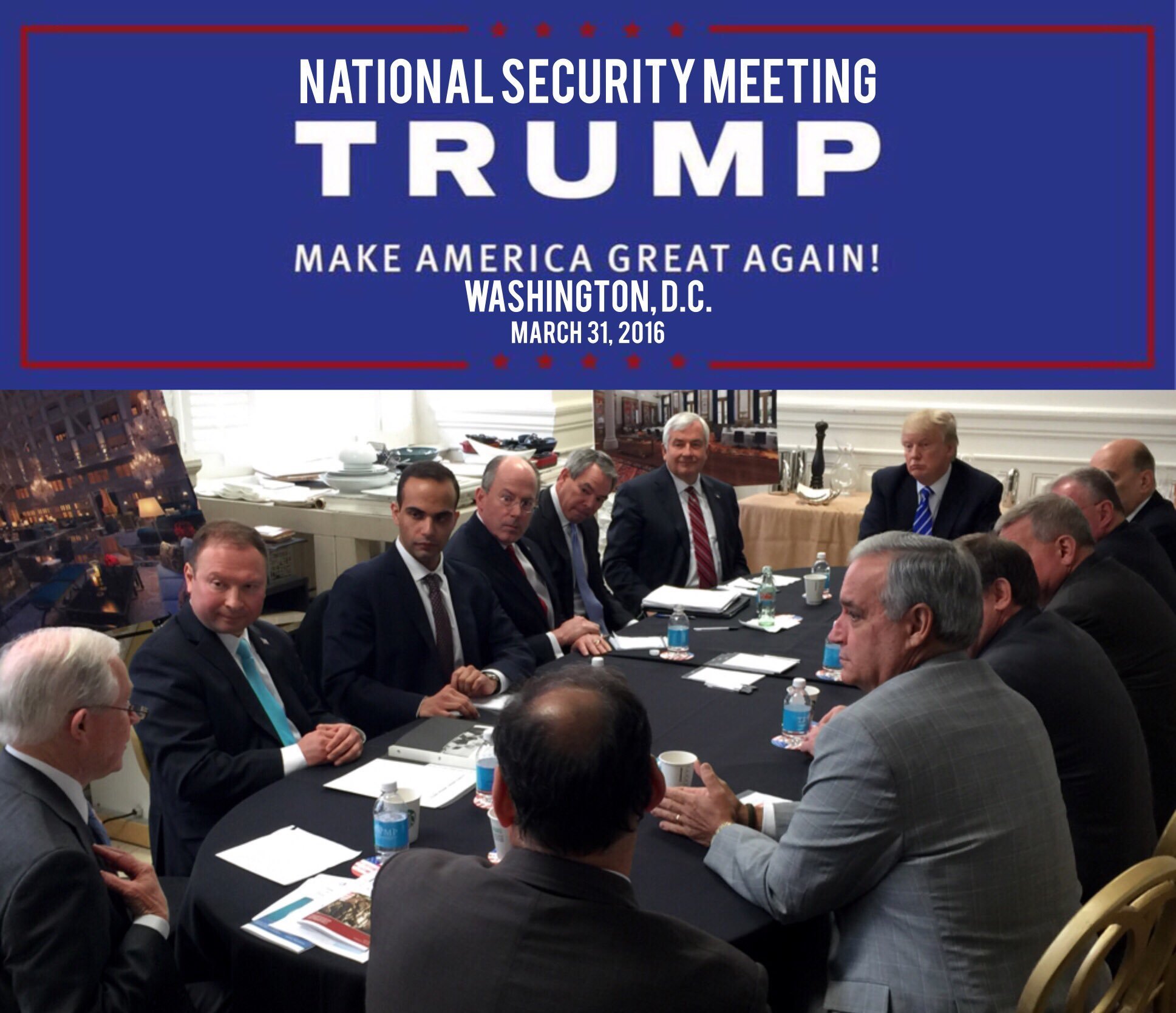 Farkas said he learned about Papadopoulos’ role with the Trump presidential campaign last year. The professor said he regarded Papadopoulos’ foreign-policy credentials at that point as unsuitable for such a prominent position.

“I was surprised the campaign would invest that kind of credibility in a young man like that to get involved with discussions at that level,” Farkas said.

While on an educational visit to Ukraine, Farkas made that point about his former student in a May 2016 interview with the Kyiv Post. The story quoted Farkas as describing Papadopoulos as a “terrible student” and questioning whether Trump even knew who he was.

After that interview was published, and the professor had returned to Chicago, Farkas said Papadopoulos confronted him at an event at DePaul.

“He came up to me and said he was very disappointed with the interview I had done in Ukraine, and as I recall the conversation, he said he would prove he was, in fact, an important and knowledgeable person in the campaign,” Farkas said.

“I was asking him to be cautious about the affiliations he creates, and I’m not sure whether that resonated with him at all. I think that he found himself in a situation where there were just exciting opportunities, and I think he may have stretched beyond what he was prepared to handle.”

The professor said he never saw any evidence his former student had high-level contacts in the Russian government.

“There’s no likelihood he could access it effectively. I think he probably was just embellishing,” said Farkas, who has taught at DePaul for more than 40 years. “I’ve been teaching about this part of the world and know people in Moscow. I don’t think I could access people at that level, not at least without really working it.”

Papadopoulos is being represented by Chicago defense lawyers Thomas M. Breen and Robert W. Stanley, who declined comment about their client’s plea deal.

“We will have the opportunity to comment on George’s involvement when called upon by the court at a later date,” the lawyers said in a joint statement. “We look forward to telling all of the details of George’s story at that time.”