Chicago Public Schools officials last week promised to quickly deal with schools across the city that had failed cleanliness inspections. But teachers at one South Side school say a first effort only made things worse.

Two dozen staffers from CPS and Aramark, the cleaning contractor, showed up at Burke Elementary on Saturday to clean without warning, teachers told WBEZ. The principal immediately sent an email to staff asking them to come to protect their materials if they were available. 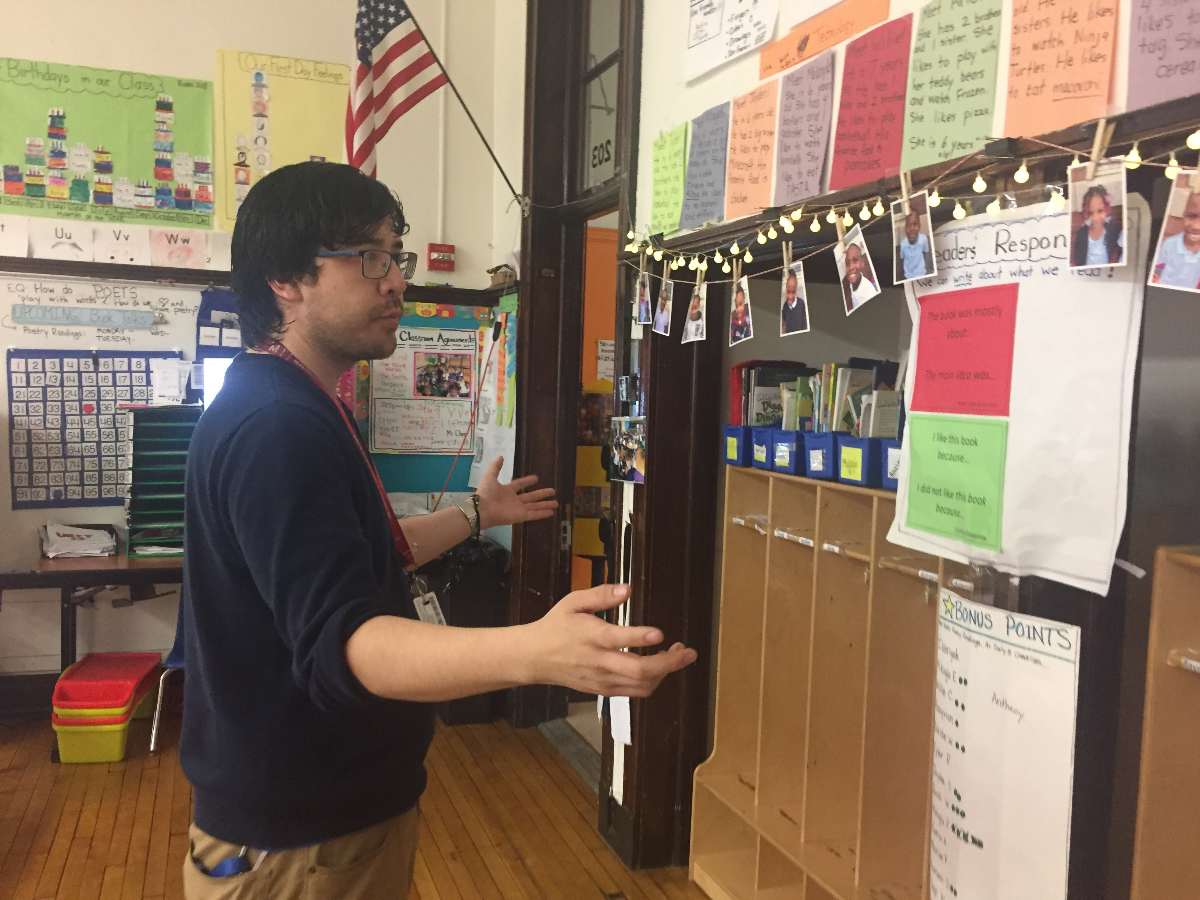 “Things were just pushed out, books were just strewn across the library,” Burke teacher Andrew Chen said. Chen, like many teachers at the school serving low-income students, said he had purchased many of the scattered materials with his own money. It took him and other teachers hours to reassemble their classrooms.

He said CPS and Aramark showed “little regard for what students are doing and the important work that we have to do.”

“It was well intended,” Rivera said. “Folks wanted to go in there and make sure we got the school to a certain level, but it was not clearly communicated and scheduled in advance with the principal and the teachers, and that is what led to the host of issues that the school community experienced over the weekend.”

Rivera promised to pay teachers for the time they spent cleaning their rooms over the weekend and told staff things will be better next year when CPS goes to a new system for managing school custodians and facilities. 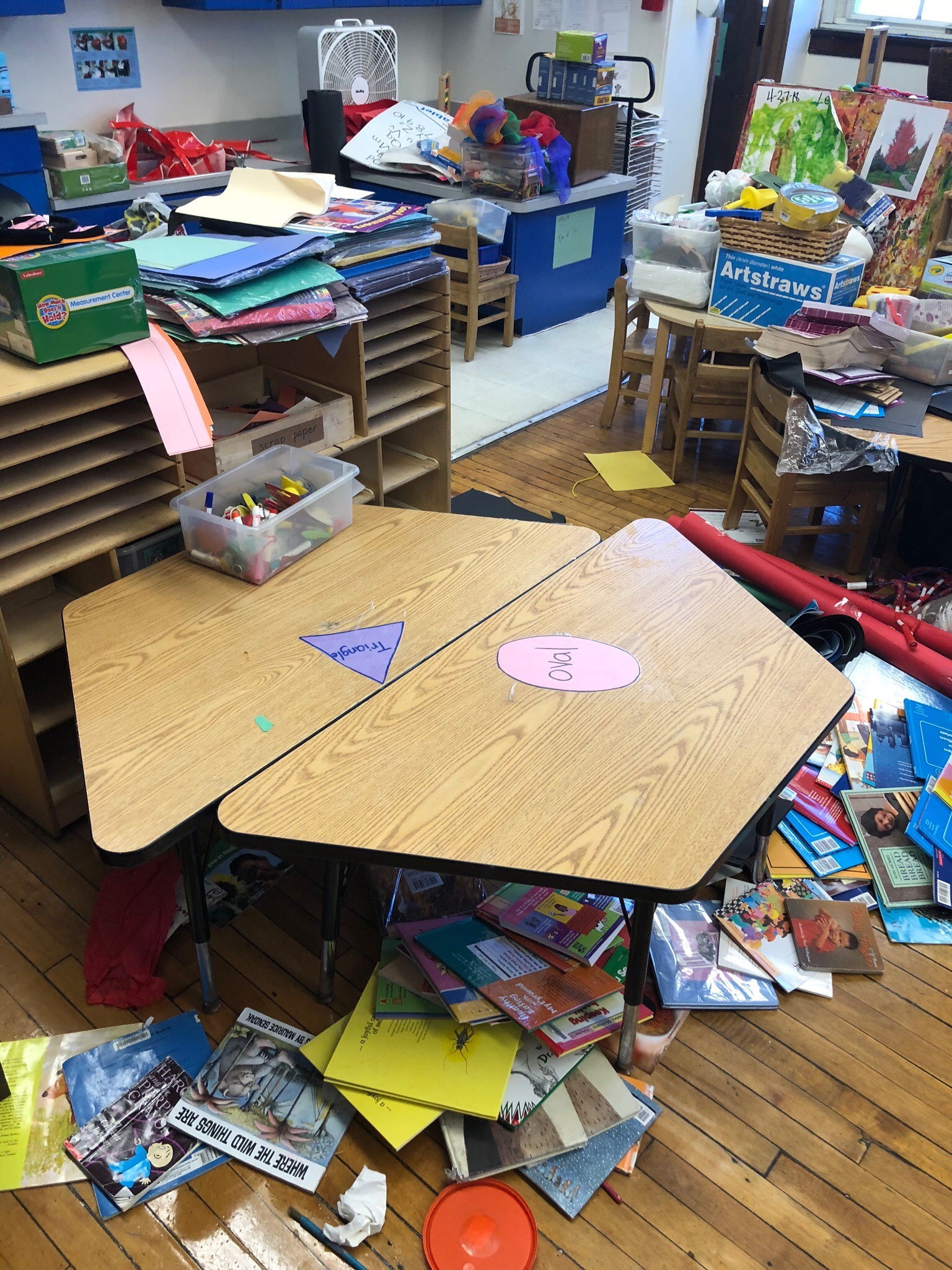 Burke teachers said they are upset because staff and the administration had complained for months about dirty conditions in the school. They say it is outrageous that it took a failed health inspection on Thursday for the school district to finally act. The school was reinspected on Monday and passed.

CPS’ aggressive response comes after the Chicago Sun-Times reported that the school district this winter launched a blitz inspections of 125 schools, with 91 of them failing, including Burke. Those inspections revealed filthy conditions, including rodent infestations and layers of clutter.

The inspections confirmed problems that parents and school staff had been complaining about since the school district turned over the management of custodians four years ago to two private companies, Aramark and SodexoMagic.

Last year, the companies were paid more than $90 million, with Aramark managing the most schools and making the most money. Aramark is getting additional money this year to manage all maintenance services, including pest control, custodians, and engineering. CPS officials say this should ensure the services are coordinated and get done.

In response to the outcry, CPS officials last week announced plans to inspect all schools, follow up at all schools and hire 200 extra custodians for a summer deep clean, with 100 to stay on in the fall. They also are creating a team charged with following up on complaints and launching a principal satisfaction survey.

Burke teachers said their principal sent more than 95 emails to CPS officials throughout the year complaining about dirty school conditions.  According to teachers, sometimes they would return to their classrooms in the morning to find no custodian had touched it, and often the floors were not vacuumed or swept.

The school also had mice, they said.

But they said nothing significant was done until last Thursday when the school failed a surprise inspection.

Then, Saturday morning, they received an email from their principal saying that “clutter” was being removed from the school as part of an intensive clean up. Teachers rushed to the school.

Sarah Karp covers education for WBEZ. Follow her at @WBEZeducation and @sskedreporter.