A group of climate scientists and other global safety experts start meeting Monday in Chicago to determine how close we are to the end of the world. The three-day conference begins with a symposium of the future of nuclear power.

Tuesday, the Bulletin of the Atomic Scientists begins its biannual meeting to set the time on the “Doomsday Clock.” About 30 experts will look at what’s happened this year in terms of the health and safety of the planet.

The group will also measure the potential impact of president-elect Donald Trump, who has called climate change a hoax.

“It’s going to be a big part of the conversation,” said Bulletin of the Atomic Scientists Executive Director Rachel Branson. “What we decide to do with it is very much up in the air. I know the board has been talking about it in advance of the meeting, and we’re very keen to get into a closed room face to face and talk through it.” 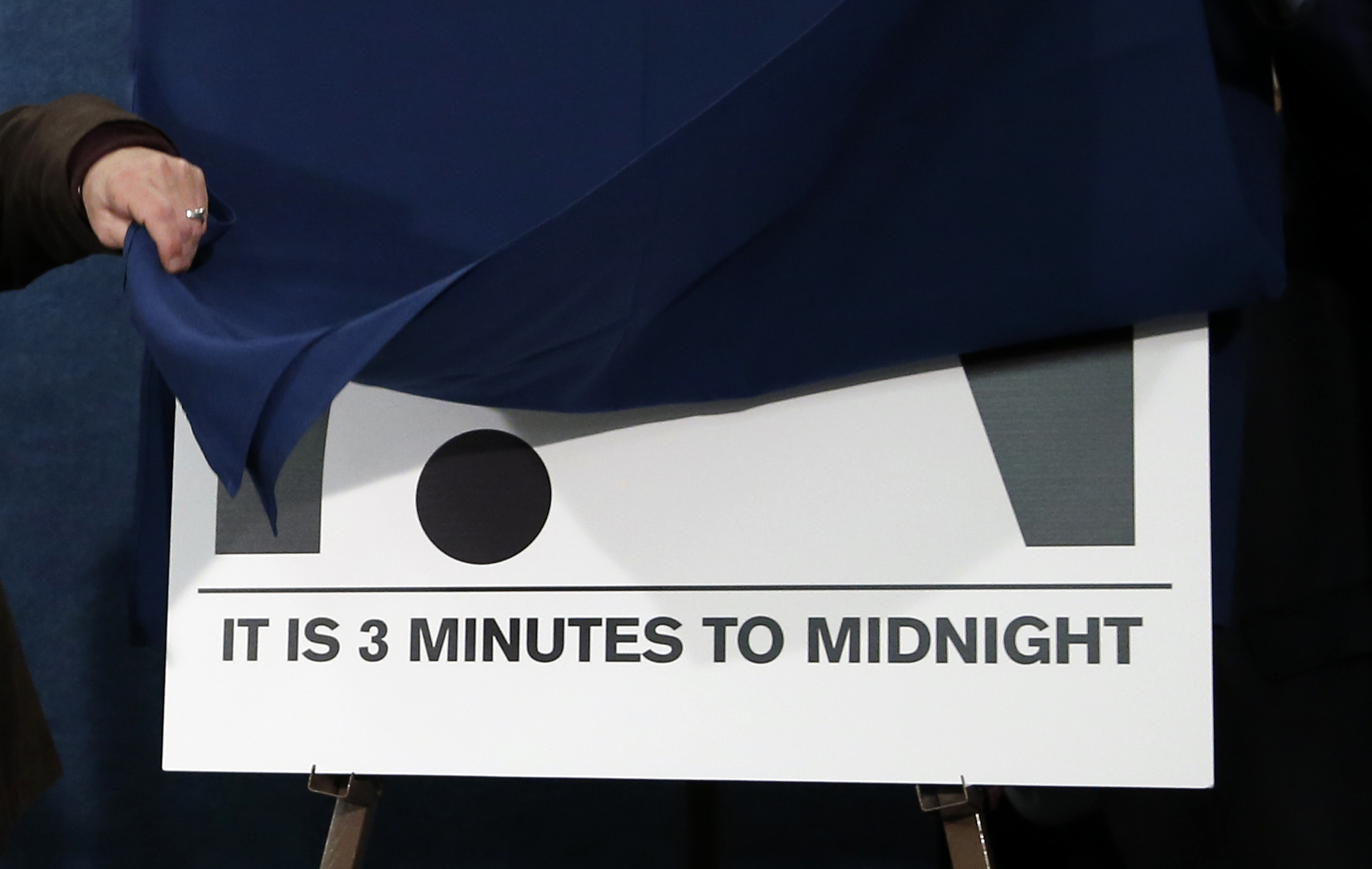 Lawrence Krauss, chair of the Bulletin of Atomic Scientists, unveils the 'Doomsday Clock' that remains at three minutes to midnight, Tuesday, Jan. 26, 2016, during a news conference at the National Press Club in Washington. The clock was last moved January 2015, from five minutes to three minutes before midnight, the closest it has been to catastrophe since the days of hydrogen bomb testing. (AP Photo/Alex Brandon)

The updated time on the Doomsday clock will be announced early next year.