East Chicago, which has been home to large steel mills since the late 1800s, received national attention this year after lead was discovered in the soil beneath a public housing complex and elementary school. The discovery prompted city officials to form a plan to relocate more than 1,100 residents of the West Calumet Housing Complex.

But Aguirre, a longtime political and environmental activist, said the city has ignored other areas that could be just as dangerous.

Aguirre, 73, said officials should listen to her now because she warned them nearly 50 years ago about the dangers of building upon old factory sites. 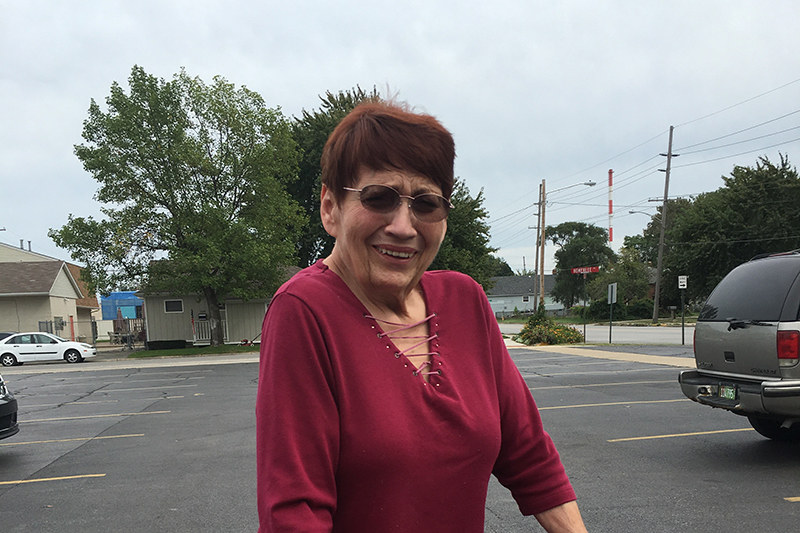 Those sites were chosen in the late 1960s, when East Chicago needed a place for public housing. With available land scarce, the housing director decided to build the West Calumet Housing Complex on land that had been used by Anaconda Lead Products, a lead and copper smelting company.

But it wasn’t until May that the city’s mayor found lead levels in West Calumet to be so high, it prompted him to seek relocation of the residents. That revelation meant decades of public housing residents could have been exposed to the hazardous element.

Now West Calumet residents, nearly one-third of them children, have been urged to get their blood tested for lead poisoning. The government wants to relocate the residents, a process that is expected to cost more than $1 million.

While West Calumet is getting national headlines for its lead crisis, residents in other parts of the city want to know why their neighborhood has not been tested.

‘IT’S ALL POLLUTED IN EAST CHICAGO’

Aguirre said she didn’t think the location of the West Calumet complex was a good idea in the 1960s.

“When I talk to the one guy, I don’t think he cared. I said, ‘Don’t you test everything before [you] build somewhere? And he just looked at me [as] if I were crazy or I was from the moon,” Aguirre said.

Aguirre spent most of her life in East Chicago. She claimed those in favor of building the housing complex in the 1960s thought poor people wouldn’t care where it was built.

“What difference does it make? These people don’t give a damn at all … That’s just the mentality they had,” Aguirre said.

One neighborhood of concern is a small, low-income area called New Addition, about a mile north of the West Calumet complex.

According to records from the U.S. Environmental Protection Agency, New Addition has two areas where development could be “complicated by the presence or potential presence of a hazardous substance, pollutant, or contaminant.” In addition, the neighborhood has oil storage tanks and a chemical plant.

Being surrounded by potentially harmful chemicals is not a big deal for Eric Collier, a 56-year-old steelworker who lives in New Addition.

“It’s all polluted in East Chicago. That ain’t nothing new to nobody,” Collier said. “That’s where everybody made their money is in these mills. You had to make money, you had to eat.”

Collier claimed East Chicago is similar to the Southeast Side of Chicago--an area saturated with heavy industry and legacy pollution.

“Those that come from Chicago that claims that they got it, they had the same thing over there,” Collier said.

‘THIS IS A HIGHLY POLLUTED AREA’

Like many Rust Belt cities, East Chicago has seen its population decline. It now has about 32,000 residents, most of them black and Latino.

“The area is the most densely industrial area anywhere in the state, if not the nation. This area is home to three of the nation’s largest integrated steel mills, one of the world’s largest oil refineries, BP, I think there are three or four coal fired power plants,” said Kim Ferraro, senior attorney for the not-for-profit Hoosier Environmental Council. “I can’t even begin to count how many industrial facilities that includes--smelters, toxic recyclers, chemical companies, manufacturing facilities.”

For the better part of a the last century, all these companies have meant jobs, along with a lot of pollution.

“There are 423 hazardous waste sites, more than 460 underground storage tanks which contain hazardous waste, three wastewater treatment plants and 15 combined sewer flows,” Ferraro said. “This is a highly polluted area, and it’s been that way for a very long time.”

In East Chicago, the West Calumet complex is part of a federally-designated superfund cleanup site that includes hundreds of residential homes.

Ferraro said the complex was proposed for a cleanup in 1992, but it got put off for almost 20 years.

“What brought this situation to light was not very clear, given the fact the West Calumet site was actually proposed for superfund clean up back in 1992,” Ferraro said.

But West Calumet didn’t get funding to be cleaned up for another 17 years--in 2009.

“And, at that time, levels of lead were thought to be so high that it was determined to be a health threat to children, but yet still nothing was done,” Ferraro claimed. “So, why all of a sudden (this) came to be the big crisis that it is -- because it should have been a big crisis for EPA long ago.”

But in late May, East Chicago Mayor Anthony Copeland discovered lead levels in the soil were extremely high in certain areas of the housing project, prompting him to contact the U.S. Department of Housing and Urban Development and request the residents be moved to safer housing.

However, the move caused major headaches for residents, some of whom have lived in the housing complex for decades. They now have until the end of November to find alternative housing.

‘THERE ISN’T ONE CLEAN AREA’

There are 51 other federal superfund sites in the areas of Gary, Hammond and East Chicago.

Aguirre can’t answer why the West Calumet complex is being cleaned up now, but said the surge of attention needs to expand to the rest of the city.

“Every area of East Chicago should be tested. There isn’t one clean area and they are all contaminated with one thing or another because companies have dumped here in the middle of the night,” Aguirre said. “It’s a shame, but all these people--they didn’t know it. They brought their new babies home. They had their kids playing in the yards and they didn’t know that it was all contaminated.”

Like Collier, Silver Sanders lived near the New Addition neighborhood for years, right next to the chemical plant Pollution Control Industries.

Sanders wants his blood tested--and his neighbors’ too.

“I believe there’s a lot of contaminated ground around us that we breathe in, we’re exposed to it and everything else,” Sanders said. “We have a lot of unexplained deaths and sickness in this area, and nobody can tell us why? The suspect is all the things we breathe.” 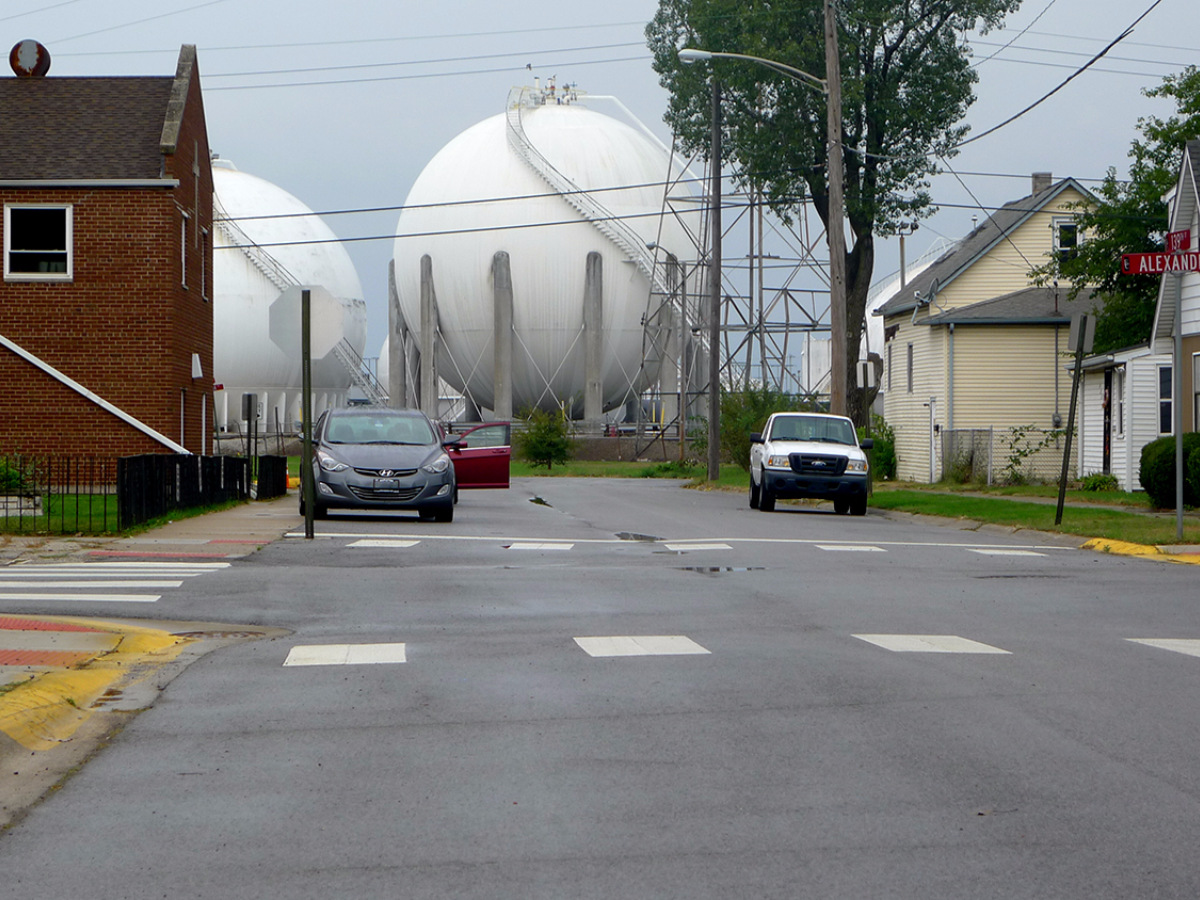 Lonnie Randolph, a longtime Indiana state senator who represents East Chicago, said state environmental officials may have looked the other way as long as taxes from industry flowed south to Indianapolis.

“The industries have kind of swamped the area to the point in providing jobs and tax money for the county, the state and the city, that maybe some heads may have been turned the other way purposely, maybe negligently, not thinking about how drastic effect the environment might have on the residents,” said Randolph, who has been the most outspoken elected official since the West Calumet situation started last summer.

But Sanders is optimistic.

He hopes the attention on the West Calumet complex means the days of his city being ignored may have come to an end.

“All the people in East Chicago felt like they can come and mistreat us and dump their waste and byproduct on us and it’s acceptable,” Sanders said. “Well, it’s never been acceptable. We just didn’t have enough voices and people to speak up, but today is a new day.”

Perhaps it’s just not people speaking up that’s causing heads to turn, but the threat of lawsuits as well.

At least three federal lawsuits have been filed against the city by West Calumet residents.

Meanwhile, Carla Morgan, the city attorney for the city of East Chicago and the mayor’s spokeswoman, acknowledged there could be a need for residents in other areas of the city to get their health and soil tested.

But she said there are currently no plans to expand the testing beyond the West Calumet superfund area.