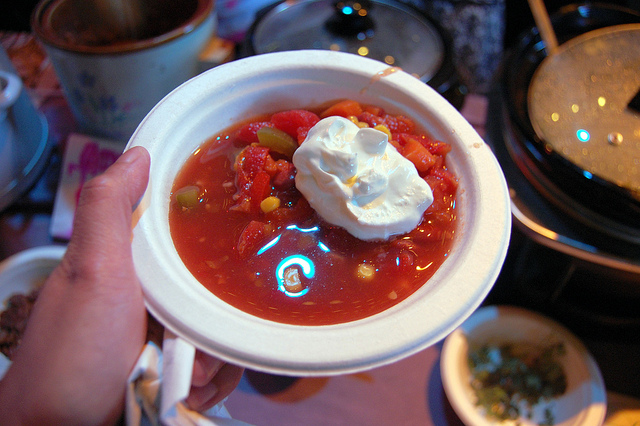 Chicago Foodways Roundtable presents Julia's Cats: Julia Child's Life in the Company of Cats at Kendall College. "A house without a cat is like a day without sunshine, a pie without fromage, a dinner without wine," said Julia. Evanston-based author of the book Julia's Cats, Therese Burson, will discuss Julia and Paul's first kitteh in Paris, Minette, all their kittehs in France and their kittehs back to California. Langues de chat (cat's tongues), the French butter cookies, will be served. Just when you thought you knew everything about Julia. This event will be recorded for WBEZ’s Chicago Amplified. Admission $3, FREE for Kendall students and faculty with ID.

The Chicago Film Food Festival kicks off with Farm to Film to Table at Kendall College, hosted by and benefitting The Good Food Project. This annual event has become the ultimate dinner and a movie series, premiering this year with an evening of sustainable dishes and wine including "French Fries + Ice Cream", with food by EL Ideas chef/owner Phillip Foss and film by Potluck Creative — and much more. Admission $45 general, $65 VIP.